The Beast of Jersey 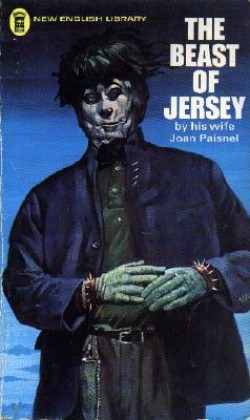 ” … Paisnel, a building contractor, admitted owning books on hypnotism, black mass and the notorious child-killer Gilles de Rias. It painted a picture of a predatory paedophile influenced by Satanism … “

The revelation that the predatory paedophile Edward Paisnel played Father Christmas at the Jersey children’s home being searched for the remains of possible victims of child abuse is a reminder of a notorious case that the island would rather forget.

The media called Paisnel the Beast of Jersey after the 46-year-old’s conviction in 1971 for a string of horrific sex attacks spanning a decade.

He was sentenced to 30 years in prison after being found guilty of 13 charges of assault and sexual offences. He carried out sex attacks on three boys and three girls between 1960 and 1970. The youngest of his victims was nine.

Police have said they are not directly connecting Paisnel, who died in 1994, to their inquiries at the Haut de la Garenne children’s home, where the remains of one child have been found and police are searching for six more bodies.

At the time of his arrest, Paisnel, a father of three, was wearing a coat and sweatbands studded with nails, an outfit that the prosecution claimed he wore during some of his attacks, scratching his victims.

A girl aged 18 and a 23-year-old man told the court how seven years earlier they had been taken from their beds by a masked intruder, who sexually assaulted them.

During the trial, court officials visited a “secret room” behind a red curtain at Paisnel’s home. A detective said there was a large knife with a wooden blade hanging over a glass chalice that gave him the impression of “a shrine or altar”.

Under questioning, Paisnel, a building contractor, admitted owning books on hypnotism, black mass and the notorious child-killer Gilles de Rias. It painted a picture of a predatory paedophile influenced by Satanism.

At an appeal, Paisnel’s defence team said he had been prejudiced by “vivid sensationalist publicity” in the media, and gossip and rumour on the island.

But judges rejected those arguments and upheld the verdict and sentence.

Although police are downplaying the likelihood that Paisnel was involved with the remains found at the Haut de la Garenne home, the possibility of will be enough to revive painful memories.