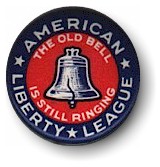 Lurking in the background behind the plot to oust FDR was the American Liberty League, a pro-business think-tank and ultra- right wing lobby group. Its treasurer was Jerry MacGuire’s boss, Grayson Murphy, a leading J.P. Morgan broker. One of its top donors was Robert Clark, who also tried to recruit General Smedley Butler into the conspiracy to oust President Franklin D. Roosevelt.

The origins of the League were very closely tied to an earlier organization of multi-millionaires, motivated entirely by greed and self-interest, that concerned itself with repealing the alcohol prohibition laws, The Association Against the Prohibition Amendment.

General Butler testified to the MacCormack-Dickstein Committee that when he asked whether anything was “stirring” with regards to Jerry MacGuire’s wealthy backers’ plans for a “superorganization” to coordinate the coup against FDR, MacGuire predicted the American Liberty League’s emergence, saying: “Yes, you watch; in two or three weeks you will see it come out in the paper. There will be big fellows in it. This is to be the background of it.”

Jules Archer, in The Plot to Seize the White House (1976), said the “link between the conspiracy and the powerful interests…in the background” was “the most significant” part of Butler’s testimony. However, MacGuire’s foreknowledge of the League and its links to the fascist plot were deleted from the Committee’s published report.

Archer notes that Butler was “stunned” and “genuinely alarmed” upon reading of the League’s formation:

"For the first time it dawned upon him that if the American Liberty League was the ‘superorganization’ behind the plot, [as] it seemed to be, the country’s freedom was in genuine peril. Such money and power as the men behind the League possessed could easily mobilize a thinly-disguised Fascist army from the ranks of jobless, embittered veterans and do what Mussolini had done in Italy with the financial support of the Italian plutocracy.... MacGuire had outlined...the conspirators’ plans for a putsch [coup], indicating it would easily succeed...because …the American Liberty League, was behind it with money and arms.... MacGuire revealed that the people behind him... could... raise $300 million for the putsch."

On January 23, 1936, Senator Schwellenbach denounced all the “rascals and crooks who control the American Liberty League.” Senator Robert La Follette, Jr., said it cannot “be expected to defend the liberty of the masses of the American people. It speaks for the vested interests.”

The League, funded by Wall Street’s leading fascists, received $500,000 during its first year alone. So much of this money came from the du Ponts that U.S. Postmaster General, Jim Farley, called it the “American Cellophane League” because, he said, it was a du Pont product that you could see right through. The du Ponts – through their control of the Remington Arms Co. – were also prepared to provide weapons for the Croix de feu-like veterans’ organization that the conspirators wanted Butler to lead as part of their plan to overthrow the government.

With a staff of 50 in their 31-room, New York City headquarters, the League was FDR’s most formidable foe. It launched chapters at 26 colleges and universities and spawned 15 front groups across the country to spread anti-labour, anti-communist and anti-Semitic hatred. The League distributed 50 million copies of extremely right-wing, often blatantly fascistic, pamphlets. It bankrolled a speakers’ bureau, hosted nation-wide radio shows and launched lawsuits targeting the New Deal’s 1935 Wagner Act because it allowed collective bargaining.

Created in August 1934, this association of wealthiest corporate leaders said its goals were “to combat radicalism, to teach ... respect for the rights of persons and property, and generally to foster free private enterprise.” It attacked government funding for poverty relief and social services and opposed all “burdensome taxes imposed upon industry for unemployment insurance and old age pension.”

League news releases were often used verbatim by corporate media that shared the League’s anti-democratic values. Between Aug. 1934 and Nov. 1936, the League got 35 favourable, front-page stories in the New York Times. An exception to the anti-FDR media were the Scripps-Howard papers. In Jan. 1936, they ran a story headlined “Liberty League Controlled by Owners of $37,000,000,000.” It exposed that League backers directed U.S. Steel, General Motors, Standard Oil, Chase National Bank, Goodyear Tire and the Mutual Life Insurance Co.

Jules Archer, The Plot to Seize the White House, 1976.

Charles Higham, Trading with the Enemy, 1983.

FDR on the League

On Jan. 3, 1936, in an unprecedented joint session of Congress, when President Roosevelt announced a ban on military exports to fascist Italy, he blasted the American Liberty League:

"They steal the livery of great national ideals to serve discredited special interests…. This minority in business and industry... engage in vast propaganda to spread fear and discord among the people. They would gang up against the people’s liberties…. They seek the restoration of their selfish power.….

Our resplendent economic aristocracy does not want to return to that individualism of which they prate, even though the advantages under that system went to the ruthless and the strong. They realize that in 34 months we have built up new instruments of public power. In the hands of a people’s government this power is wholesome and proper. But in the hands of political puppets of an economic aristocracy, such power would provide shackles for the liberties of the people. Give them their way and they will take the course of every aristocracy of the past – power for themselves, enslavement for the public."

Association Against the Prohibition Amendment

Committee for a Sound Dollar and Sound Currency

Sentinels of the Republic

Southern Committee to Uphold the Constitution

Sources: The above articles on the organizers, financiers and groups linked to the American Liberty League were written by Press for Conversion! editor Richard Sanders. Although most of the references are listed at the conclusion of each article, other more general reference materials were also used.