Sometimes I think there just might be a God 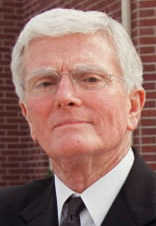 Bob and Jane Cull bought a house in suburban Ft. Worth, Texas in 1996 for about $233,000. It promptly started falling apart on them. They sued the builder. An arbitration ruling went for the Culls in the amount of $800,000.

The builder spent $1 million fighting the $800,000. And yesterday, a lower court in Texas awarded the Culls $51 million.

The builder is Bob Perry, the chief financial backer of the 2004 Swift Boat Veterans for Truth and of various other right-wing outfits.

The story is actually even worse than the above. The case originally worked its way up to the state supreme court. The supremes -- every one whom received a campaign contribution from Perry, according to news story I linked to above -- vacated the arbitration award and kicked the matter back down to a lower court. And it was that lower court that produced the $51 million ruling.

Perry will of course appeal again, and who knows, the bastard may never pay a penny. But one can at least take pleasure in the likelihood that he's suffering today. Not just because he financed a group of ideological hate-mongers, but because he also appears to be at least a partially lousy human being. ...