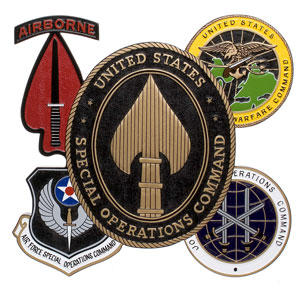 WASHINGTON — The military’s Special Operations Command has become an emerging player in the Pentagon’s propaganda efforts to confront violent extremists around the world, according to documents and a new report from a non-partisan think tank.

Special Operations Command, based in Tampa, directs the military’s elite commando units — the Navy’s SEALs and Army’s Delta Force — in counterterrorism missions. SOCOM, as it is known, conducted the operation to kill Osama bin Laden and dealt bloody blows to insurgent groups in Iraq and Afghanistan.

Key to its propaganda efforts is a collection of websites known as the Trans Regional Web Initiative aimed at foreign audiences. USA TODAY first reported on its existence in 2008, and it appears to have expanded.

Some of those websites and blogs are classified programs and appear without attribution, according to a report released to USA TODAY, titled “The Pentagon as Pitchman: Perception and Reality of Public Diplomacy.” The report, by the non-partisan Stimson Center, examines the military’s growing role in shaping perceptions about the United States around the world.

SOCOM has bolstered its propaganda campaign in cyberspace with trained teams of psychological operations troops. As of March, according to SOCOM’s commander, Adm. William McRaven, it had deployed 22 “Military Information Support Operations” teams around the world at the request of military leaders and ambassadors. MISO teams, formerly known as “psychological operations” troops, help “combat VEOs (violent extremist organizations) and resist the spread of their associated ideologies,” according to SOCOM. Once deployed, they serve for local commanders.

Also advising SOCOM is longtime public affairs and propaganda contractor John Rendon, whose Rendon Group was instrumental in influencing public opinion before the start of the Iraq War. Rendon has two full-time employees working at SOCOM and has visited the command’s headquarters at MacDill Air Force Base 12 times since Feb. 1, said Col. Tim Nye, a SOCOM spokesman.

Rendon was paid $24,000 for its work on SOCOM’s Sovereign Challenge exercise with foreign governments and is a subcontractor on a $1.2 million contract run by Scientific Research at MacDill.

The military revoked a Rendon contract in Afghanistan when it was revealed in 2009 that it had profiled reporters seeking to embed with troops and weeded out those whose coverage was deemed negative. In all, Rendon, a marketing expert, has been paid more than $100 million for providing the military with communication advice.

Unlike other regional combatant commands such as the Central Command in the Middle East, SOCOM is not bound by geography. Its mission to combat extremism extends around the globe.

Overall, funding for information operations, which include the military’s propaganda efforts abroad, has fallen from its peak of $580 million in 2009 during the toughest fighting in Iraq and Afghanistan to $202 million last year. Most of the money is spent on propaganda programs in war zones, often broadcasts and leaflets aimed at bolstering support for the Afghan government. A USA TODAY investigation found that the military has had trouble accounting for the funds spent and measuring the effects of its campaigns.

“SOCOM’s role in U.S. foreign policy has been changing, and public diplomacy is one of the more interesting areas we see that in,” Rumbaugh says.  “By centralizing them, SOCOM seems to be playing a bigger role than before.  Our analysis found where more traditional parts of (the Department of Defense) have shied away from this mission, SOCOM has been willing to embrace it.  The truth is SOCOM as such a big player in foreign policy is new, and we really don’t know what all the implications of that are.”

SOCOM’s Trans Regional Web Initiative includes websites that offer news, cultural reports, sports and other programming to “target audiences,” according to a Senate Armed Services Committee report cited by the Stimson Center.  The websites, according to the report, “have the strong appearance of civilian journalism” and seek “to express the United States and its operations in a positive light.”

The sites started in 1999 during the U.S. mission in Kosovo, military records show. The first site, Balkan Information Exchange, was started by the Rendon Group. It has evolved into Southeast Europe Times, which is run by General Dynamics Information Technology, records show.

Pentagon contract records show that General Dynamics has been paid more than $80 million for the sites since September 2009, when they were first announced as a $10 million contract. SOCOM spending on the sites has increased each year, from $10 million in 2009 to a $26 million payment on July 31, records show.

SOCOM is increasingly the go-to organization in the military for fighting terrorism, and its budgets have grown over the past 10 years, said Peter Singer, director of the 21st Century Defense Initiative at the Brookings Institution.

“How much of it is because SOCOM is becoming the de facto go-to organization for everything vs. how much is because less questions are asked about SOCOM funding?” Singer said. “It’s likely both, but the funding issue is definitely a driver.” 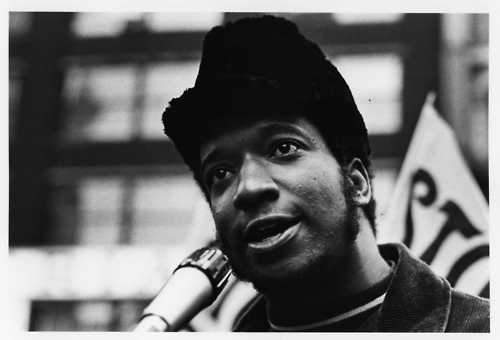