How Ghosts, Superstitions and Vampires have been used for Psychological Warfare - The Constantine Report
0 SHARES

American Terrorism » How Ghosts, Superstitions and Vampires have been used for Psychological Warfare 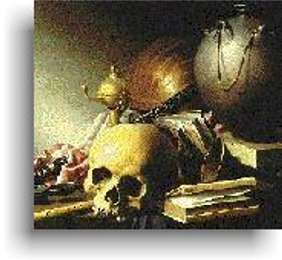 Military psy ops aren't limited to leaflets, propaganda broadcasts, and Korean pop music. In the past, the US military has played on their opponent superstitions of vampires, ghosts, and astrology. Here are some strange examples.

In World War II, US forces exploited the Nazi's predilection to put stock in superstitions and the occult. The Rand Corporation's 1950 memorandum "The Exploitation of Superstitions for Purposes of Psychological Warfare" details how pseudoscience connoisseur Joseph Goebbels counteracted Allied attempts to strike fear into the superstitious strata of the German population:

Another curious incident noted in the Rand document occurs in Italy, where British military created a giant manikin to scare rural residents. A large, shambling creature was assembled to freak out superstitious locals:

It is worth noting that Jasper Maskelyne did have a penchant for embellishment. The US military however pulled a similar tactic in the 1950s, when Major General Edward G. Lansdale spearheaded the rumor that an asuwang was loose in the Philippines. In Filipino mythology, the asuwang is a winged, vampiric witch that has a hankering for unborn fetuses. The US military was battling Communist Huk rebels and concocted possibly the only covert operation in human history to stage a vampiric attack. Lansdale recalls:

To the superstitious, the Huk battleground was a haunted place filled with ghosts and eerie creatures. A combat psy-war squad was brought in. It planted stories among town residents of an Asuang living on the hill where the Huks were based. Two nights later, after giving the stories time to make their way up to the hill camp, the psywar squad set up an ambush along the trail used by the Huks [...] When a Huk patrol came along the trail, the ambushers silently snatched the last man of the patrol, their move unseen in the dark night.

They punctured his neck with two holes, vampire-fashion, held the body up by the heels, drained it of blood, and put the corpse back on the trail. When the Huks returned to look for the missing man and found their bloodless comrade, every member of the patrol believed that the Asuang had got him and that one of them would be next if they remained on that hill. When daylight came, the whole Huk squadron moved out of the vicinity.

Similarly, the US military imitated ghosts when fighting the Vietcong. Operation Wandering Soul was an attempt to rattle Vietcong by playing tapes of "ghost" soldiers who had fallen in battle. This propaganda campaign relied on the Vietnamese belief that if a body isn't interred near its corporeal home, the soul will wander the earth. US forces blasted eerie recordings of disembodied souls on the ground and air. A February 1970 account in The Tropic Lightning News described the recording as an effective means to shake up Vietcong forces:

If you were a Wolfhound of the First Battalion, 27th Infantry, 25th Infantry Division, and were at Fire Support Base Chamberlain on the night of February 10 you might have sworn the place was being haunted by poltergeists, ghosts that is. The moans, groans and weird sounds began at eight that night, a likely time for the cloudlike forms to reveal themselves. Of course, ghosts are nonexistent, or are they? In this case the ghosts and weird sounds were furnished by the Sixth PSYOP Team and the S-5 Section of the 1/27th Wolfhounds who were conducting a night mission at Chamberlain. With the help of loud speakers and a tape of ‘The Wandering Soul,' a mythical tale of a Viet Cong gone to Buddha, the mission was a success.

The Wandering Soul is a tape about the soul of a dead Viet Cong. It describes the wandering of this soul about the countryside. The dead VC tells his comrades to look at what has happened to his soul and that he will never be at rest, always wandering,' said Captain William Goodman of Philadelphia, the battalion S-5. ‘Buddhists believe very strongly that if they aren't properly buried and properly mourned, their soul will wander through eternity,' added First Lieutenant Peter Boni of Boston, the officer in charge of the Sixth PSYOP Team. ‘We play upon the psychological superstitions and fears of the enemy. The method is very effective," Boni said.

Those actually playing the tape were less sanguine about its efficacy. In fact, helicopter crews reported receiving heavier fire when playing the Wandering Soul tape and would even use it goad Vietcong ground troops on. One swiftboat reserve lieutenant even recalls how the Wandering Soul tape got their boat pelted with rockets, so they opted to blast Tina Turner instead — their boat didn't take fire when blaring The Queen of Rock 'n' Roll in the middle of the night. For a fascinating history of the Wandering Soul initiative, check out Sergeant Major Herbert A. Friedman's article on Psy Warrior.