Snowden: NSA in Spying Partnerships with Other Western Govts 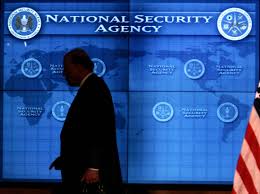 Snowden said in comments made before his exposure of US espionage practices came to light last month and printed in German news weekly Der Spiegel that NSA spies are “in bed together with the Germans and most other western states”.

The partnerships are organised so that authorities in other countries can “insulate their political leaders from the backlash” if it becomes public “how grievously they’re violating global privacy,” he said.

On cooperation with Germany’s BND foreign intelligence agency, Snowden said the NSA provides “analysis tools” for data passing through Germany from regions such as the Middle East.

The US government has revoked the passport of Snowden, a former NSA contractor who is seeking to evade US justice for leaking details about a vast US electronic surveillance programme to collect phone and internet data.

His claims about widespread US spying on Western partners have sparked uproar among European allies in particular and threatened to derail talks on the world’s largest free-trade zone due to start on Monday.

German Chancellor Angela Merkel spoke with US President Barack Obama on Wednesday and agreed to a “high-level meeting” between US and German security officials in the coming days to address intelligence matters.