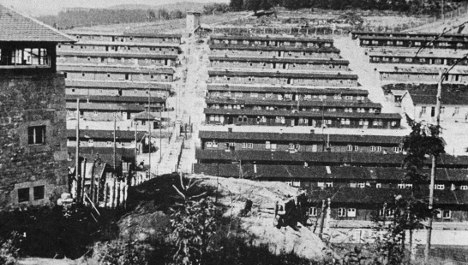 UPDATE: German car manufacturer Audi released a study on Monday detailing its massive exploitation of forced labour under the Nazis while part of the now-extinct Auto Union group. The car maker said the findings came as a huge shock.

Audi has been forced to re-think everything it knew about one of its founding heroes, Dr Richard Bruhn, after the study it commissioned into the company’s past revealed he had close ties with leading Nazis. Bruhn, long celebrated as the “Father of the Auto Union”, which in the 1980s evolved into the modern Audi brand, exploited slave labour under the Nazi dictatorship on a massive scale, a newly-released historical investigation revealed on Monday.

Although the firm told Spiegel it would be changing online profiles of Bruhn, he is still credited on a number of Audi’s English-language websites worldwide as having “guided the company with great competence” before the war and securing a “high reputation” post-war which “made it possible to obtain the credit needed to re-establish the Auto Union”.

On Tuesday an Audi spokesman told The Local the company had written to its websites in other countries asking them to change the text about Bruhn.

The damning indictment of the previously-celebrated German entrepreneur came as a shock for Audi, when it revealed he had for years maintained the “closest ties” to top figures in the Nazi regime.

After 1942, Bruhn had been personally responsible for the firm’s large-scale exploitation of forced labour, the study found. Only the intensification of the war had prevented him from further ratcheting up the company’s use of slave labour across the country.

“… The damning indictment of the previously-celebrated German entrepreneur came as a shock for Audi, when it revealed he had for years maintained the ‘closest ties’ to top figures in the Nazi regime. …”

“There can be no discussion about the closeness of Auto Union to [the Nazis],” the authors wrote. It had been “firmly ensnared in the National Socialist regime”.

Bruhn revived the Auto Union group with funding from the US Marshall Plan in Ingolstadt after the war and was awarded West Germany’s Grand Cross of Merit in 1953 for his entrepreneurial services to the nation, nine years before his death in 1964.

Yet with the in-depth study having ruined his reputation, Ingolstadt’s mayor Christian Lösel told Wirtschaftswoche the city was now considering changing the names of streets such as “Bruhnstraße,” named in his honour.

Bruhn’s firm had manufactured vehicles for the Nazi war effort during World War II and “got itself ensnared to a scandalous degree in the complex of concentration camps,” according to the 500-page report by historians Martin Kukowski and Rudolf Boch seen by Wirtschaftswoche magazine ahead of publication.

The Chemnitz-based company was founded in 1932 following a merger of four German car makers. The Auto Union name was dropped after a further merger in 1985 resurrected the Audi brand which is based in Ingolstadt, Bavaria.

During the war, Auto Union used seven specially-built forced labour camps manned by the SS, the study found. In these camps alone, the firm employed over 3,700 prisoners who had been enslaved and forced to do hard labour by the Nazi regime.

Around a quarter of them were of Jewish descent.

Another 16,500 labourers, not interned in concentration camps, were forced to work for the firm in factories in Zwickau and Chemnitz, in Saxony.

Most shockingly, the former Auto Union management carried “moral responsibility” for the deaths of 4,500 inmates of Flossenbürg concentration camp in Bavaria, who died while working at a nearby Auto Union labour camp in Leitmeritz, the study said.

Audi expressed concern over the study’s findings and said it would look into granting compensation for any former labourers who were still alive.

“I’m very shocked by the scale of the involvement of the former Auto Union leadership in the system of forced and slave labour,” Audi works council head Peter Mosch told Wirtschaftswoche. “I was not aware of the extent [of this involvement],” he added.

The study was published on Monday by Franz Steiner Verlag under the title “Wartime Economy and Labour Deployment by Auto Union AG Chemnitz during World War II.”

Audi is the last of the large German car makers to commission a historical study into its Nazi past, following in the footsteps of Volkswagen, Daimler and BMW. 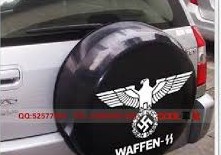 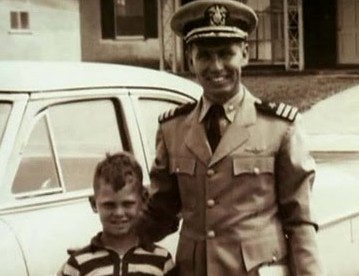 Obituary of Rear Admiral George S. Morrison, Father of the Lizard King
May 30