"Peter Egner, Bellevue Man Accused of Nazi Death Camp Crimes, Asks Court to Limit 'Embarrassment, Oppression'": "Whatever it is that accused Nazi war criminal Peter Egner of Bellevue may have done, he doesn't want the details revealed to the press or the public. The ailing, 88-year-old Serb says he's essentially a captive at his Eastside retirement condo where some of his 130 fellow residents, some of them Jewish, ignore him. ... " 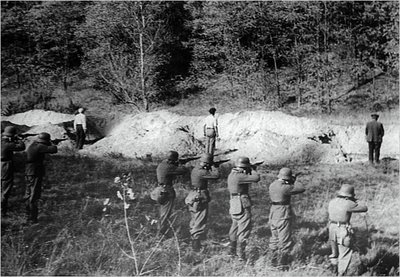 BELGRADE, Serbia - Justice Minister Snezana Malovic said on Friday (November 26th) that Serbia has sent requested that the United States extradite Peter Egner, who is suspected of crimes committed during World War II. According to Serbia, he was involved in the killings of 17,000 civilians -- Serbs, Jews and Romas -- in Belgrade between 1941 and 1942 when serving in a Nazi unit. Egner, 88, immigrated to the US in 1960 and received citizenship. He denies any involvement in the killings.