Award-winning journalist and celebrity anchor for Geo TV Hamid Mir was shot at by unidentified gunmen as he was on his way to his office in Karachi from the airport after five pm on Saturday. Mr. Mir’s driver showed presence of mind and didn’t stop till he reached a private hospital.

Mr. Mir who was sitting in the backseat of the car was shot in the pelvic area and is undergoing surgery. His driver told Geo TV that he picked up Mr. Mir from the airport and reached the Natha Khan flyover a little distance away when he slowed down and was about to turn right onto the main road. He said he saw one man firing at the back of the car but didn’t stop to look and sped away to the hospital. He said there were others following the car but he didn’t see them. He only saw this one man who fired at least four times. The white car has been punctured with bullet holes and the windows have been shattered.

The driver said there was no police anywhere and Geo TV reporters from the spot said an entire magazine was found to be emptied there. Karachi police chief Shahid Hayat said that he did not know that Mr. Mir was coming to Karachi. However, he added that he was hit by three bullets and is reported to be out of danger. He also said his guard was with him at the time of the incident but he did not fire.

Reports from the hospital said that one of the bullets had hit Mr. Mir’s stomach and a surgery was being performed. Contrary to the police statement, his associates said he was still critical and suffered from excessive internal bleeding. Other reports said that after the lone gunman dressed in a white shalwar kameez opened fire, there was a motorcycle and a car which followed Mr. Mir’s car for a good distance firing all the while.

Mr. Mir also called his colleagues at Geo and reported to them that he was being fired at and followed. In November 2012, a bomb was found fitted to his car in Islamabad which was discovered and defused by the bomb disposal squad. Mr. Mir has been receiving life threats for a while and it was the Geo reporters who informed the police about this attack. He hosts a popular TV show called Capital Talk and was one of the few journalists who supported the long march for justice to the Baloch missing persons led by Mama Qadeer. He has been decorated with the Hilal e Imtiaz and is among the journalists who have interviewed Osama Bin Laden.

Meanwhile in a startling revelation on TV, Amir Mir, Hamid’s brother put the blame on the ISI chief Lt Gen Zaheer ul Islam for the attack. He said that two weeks ago, his brother had sent a videotaped message to the Committee to Protect Journalists(CPJ) saying that if there was an attack on him, the ISI chief was to be held responsible. He said his brother was under threat from the time of ISI chief Shuja Pasha.

He and his brother were the sons of Professor Waris Mir, a mohajir, and they chose the profession of journalism and no one could move them away from their mission, he said. Hamid Mir’s video to CPJ had clearly put the onus on Lt Gen Zaheerul Islam in the event of an attack on him and he had also told some close friends and associates about this. The ISI was upset with his stand on the Balochistan issue and the trial of former president General (retd.) Pervez Musharraf and his views on the military and its role, Mr. Mir said. He pointed out that the attack on his brother was planned and the attackers knew he was going to Karachi and the route he was taking and the gunmen were waiting for him at the turning from the airport.

The latest attack comes after a brazen attempt on the life of another TV anchor for Express News Raza Rumi on March 28 in Lahore in which his driver was killed. While Mr. Rumi had a miraculous escape, his guard sustained bullet injuries. Mr. Rumi is a contributing editor for The Friday Times and a columnist and author of a book on Delhi as well. Senior journalists Ansar Abbasi and others have been receiving threats of late. Express News TV has been targeted with three staffers being killed some time ago in Karachi and two other bomb and gun attacks on its Karachi head office. Mr. Rumi used to anchor a TV show called “Khabar Se Agay” which he had finished recording and was at Raja Market when the incident occurred.

Previous Article
Why Are Environmental Activists Being Murdered at a Record Rate?
Next Article
Polish Military Trained Neo-Nazi Militants for Ukraine Protests 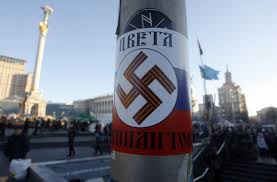