Secret US Plan for Military Future in Iraq 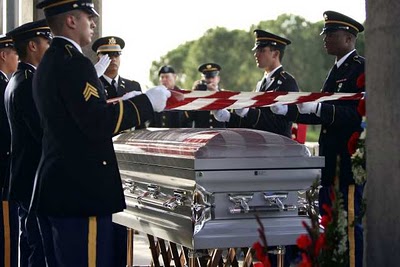 A confidential draft agreement covering the future of US forces in Iraq, passed to the Guardian, shows that provision is being made for an open-ended military presence in the country.

The draft strategic framework agreement between the US and Iraqi governments, dated March 7 and marked "secret" and "sensitive", is intended to replace the existing UN mandate and authorises the US to "conduct military operations in Iraq and to detain individuals when necessary for imperative reasons of security" without time limit.

The authorisation is described as "temporary" and the agreement says the US "does not desire permanent bases or a permanent military presence in Iraq". But the absence of a time limit or restrictions on the US and other coalition forces - including the British - in the country means it is likely to be strongly opposed in Iraq and the US.

Iraqi critics point out that the agreement contains no limits on numbers of US forces, the weapons they are able to deploy, their legal status or powers over Iraqi citizens, going far beyond long-term US security agreements with other countries. The agreement is intended to govern the status of the US military and other members of the multinational force.

Following recent clashes between Iraqi troops and Moqtada al-Sadr's Mahdi army in Basra, and threats by the Iraqi government to ban his supporters from regional elections in the autumn, anti-occupation Sadrists and Sunni parties are expected to mount strong opposition in parliament to the agreement, which the US wants to see finalised by the end of July. The UN mandate expires at the end of the year.

One well-placed Iraqi Sunni political source said yesterday: "The feeling in Baghdad is that this agreement is going to be rejected in its current form, particularly after the events of the last couple of weeks. The government is more or less happy with it as it is, but parliament is a different matter."

It is also likely to prove controversial in Washington, where it has been criticised by Democratic presidential candidate Hillary Clinton, who has accused the administration of seeking to tie the hands of the next president by committing to Iraq's protection by US forces.

The defence secretary, Robert Gates, argued in February that the planned agreement would be similar to dozens of "status of forces" pacts the US has around the world and would not commit it to defend Iraq. But Democratic Congress members, including Senator Edward Kennedy, a senior member of the armed services committee, have said it goes well beyond other such agreements and amounts to a treaty, which has to be ratified by the Senate under the constitution.

Administration officials have conceded that if the agreement were to include security guarantees to Iraq, it would have to go before Congress. But the leaked draft only states that it is "in the mutual interest of the United States and Iraq that Iraq maintain its sovereignty, territorial integrity and political independence and that external threats to Iraq be deterred. Accordingly, the US and Iraq are to consult immediately whenever the territorial integrity or political independence of Iraq is threatened."

Significantly - given the tension between the US and Iran, and the latter's close relations with the Iraqi administration's Shia parties - the draft agreement specifies that the "US does not seek to use Iraq territory as a platform for offensive operations against other states".

General David Petraeus, US commander in Iraq, is to face questioning from all three presidential candidates on Capitol Hill today when he reports to the Senate on his surge strategy, which increased US forces in Iraq by about 30,000 last year.

Both Clinton and Democratic rival Barack Obama are committed to beginning troop withdrawals from Iraq. Republican senator John McCain has pledged to maintain troop levels until the country is secure.