“… Every year, the resolutions are supported by an increasing number of countries. … The United States was the only nation to vote against it. …” 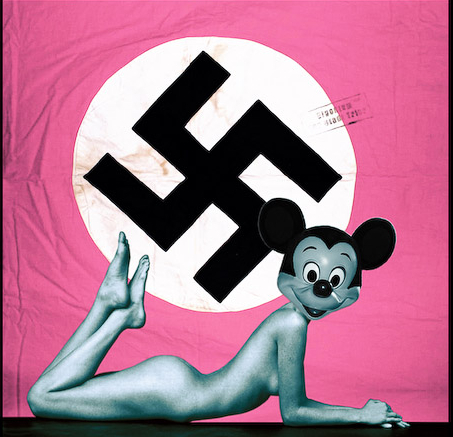 Russia is disappointed that the United States voted against a draft resolution condemning the glorification of Nazism, and a number of states, including all members of the European Union, abstained from voting on the draft, the Russian Foreign Ministry said Wednesday.

Russia introduced to the UN a resolution condemning the glorification of Nazism and the desecration of World War II monuments in November.

“It is extremely puzzling and regrettable that the United States voted against the resolution, supported by an overwhelming majority of UN member states, and that several other countries, including all the European Union members abstained from voting on the draft,” the ministry said in a statement.

The resolution condemns the construction of memorials in honor of former Nazis and Waffen-SS soldiers and the holding of public pro-Nazi demonstrations. It also includes recommendations to prevent the proliferation of neo-Nazi ideas on the Internet.

Russia has been introducing similar resolutions to the UN since 2005. Every year, the resolutions are supported by an increasing number of countries. Last year 124 countries voted in favor of the resolution, while 55 delegations abstained. The United States was the only nation to vote against it.

Parades in honor of Waffen-SS veterans, involving veterans from the Latvian Legion and the 20th Estonian SS Division and their supporters, are held annually in Latvia and Estonia. Russia has repeatedly criticized the Baltic States for allowing these parades to take place.

In April 2007, a Soviet war memorial was dismantled in the Estonian capital of Tallinn just before the May 9Victory Day celebrations in Russia. The move led to street protests in which over 1,000 people were arrested and one Russian national was killed.