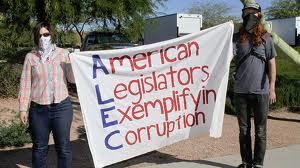 More than forty bills introduced in the Missouri state legislature echo American Legislative Exchange Council (ALEC) model legislation, and at least 60 legislators are ALEC members, according to a new report from Progress Missouri. Bills like so-called right to work laws, resolutions supporting the Keystone XL pipeline, a “parent trigger act” to accelerate the privatization of public schools, and an array of bills that construct legal and financial shields for corporations whose products injure or kill can be traced back to ALEC model legislation.

“There’s been no outcry from businesses begging the legislatures to clip the wings of unions,” wrote Kansas City Star columnist Barbara Shelly, whose column is quoted in the report. “No, the pressure comes from outside groups. Republican legislators are willing to poison relationships and demean their states’ teachers, public safety workers and others in order to please their out-of-state bosses.”

The ALEC-connected proposals run the gamut but are connected by a thread that can often be traced back to the interests of ALEC-affiliated corporations, including Missouri-based companies like Peabody Energy and Charter Communications.

Progress Missouri notes that ALEC’s secrecy prevents the public from knowing exactly how many Missouri legislators are ALEC members, but they identified at least sixty. These individuals are by no means at the margins of state politics, as leaders such as Missouri Lt. Governor Peter Kinder, Majority Leader John Diehl, and House Speaker Tim Jones have been shown to have ties to ALEC.

Speaker Jones was also a top beneficiary of ALEC “scholarships:” corporate-funded gifts of flights, meals, and hotel rooms for legislators who attend ALEC meetings (which the Center for Media and Democracy, DBA Press, and Common Cause outline in the report Buying Influence). Jones reported receiving at least $2,672 in “scholarship” reimbursement to his campaign account in 2012 alone. Other Missouri legislators also received hundreds or thousands of dollars of these corporate-funded gifts.

Previous Article
Crimes against Humanity in Guatemala: How the CIA and the Pentagon Supported the Military Dictatorship
Next Article
No Peace Outside ‘The Box’: Solitary Confinement of Mentally Ill Prisoners 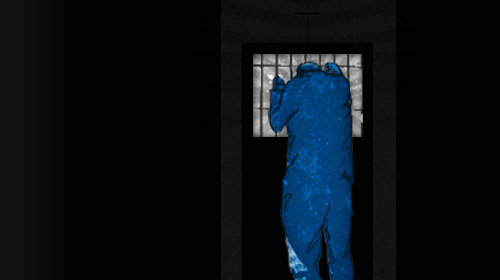 No Peace Outside ‘The Box’: Solitary Confinement of Mentally Ill Prisoners
Apr 30