Remember When The CIA Was Into LSD? ‘Operation Midnight Climax’ Does 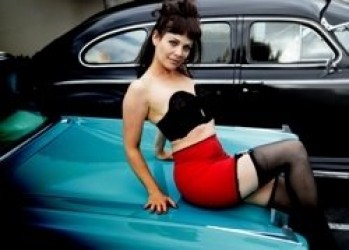 Sometimes the best stories don’t need to be made up, since history is littered with untold gems. Like, say that time the CIA thought it would be a good idea to test their new mind control drugs (LSD) on unsuspecting “recruits.”

A new web series from the team at Strange Science, Operation Midnight Climax, tackles this questionable time in post-war US history and its pilot episode (here) was just released online this week.

The premise for the series all centers around the 1950’s CIA project code named MK-ULTRA. If you have some time to kill, plow through the Wikipedia page that gets into the whole controversy and investigations behind the operation.

The name of the series is pulled from an actual CIA operation that turned safehouses in several cities into brothels where the agency could easily lure in men and secretly drug them with these experimental drugs which for the most part meant LSD. There’s one-way mirrors so the spooks could record all the findings. Apparently one case involved volunteers being given LSD for 77 consecutive days!

This of course naturally allows for some rather vivid visual shots in the web series, and the stylized 50’s sets and camera effects definitely take us along for the trip. The cast is stocked with veteran TV actors—Quinton Flynn plays CIA spook Jake Kowalski and Todd Cahoon stars as his former Army pal Reed Spencer. The pilot episode takes us through the setup of one of the brothels and the recruiting of four “lovely lieutenants”: Millie (Meredith Salenger), June (Stephanie Lemelin), Ethel (Jessica Myerson) and Bea (Vernetra Gavin) who lure in their subjects. Director Zach Jordan (Joe Digital, Inc.) helmed the project which was written by Ramesh Thadani.

With all the newly imagined worlds being created in the web series world, it’s refreshing to see historical fiction thrown in the mix. Hollywood so far hasn’t explored this steamy footnote of our checkered spy history, probably because much of the project still remains highly classified.

The series was one of the handful of indie web series selected for the Independent Television Festival (along with OzGirl). We’ll have the complete list of web series that made the cut on Monday.

Previous Article
Early Days of Electronic Mind Control: Alfred Loomis and Tuxedo Park
Next Article
Letter to the Editor: The Fascism in Futurism 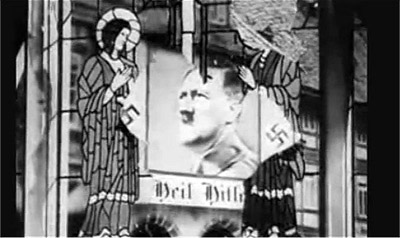 Letter to the Editor: The Fascism in Futurism
Jul 03