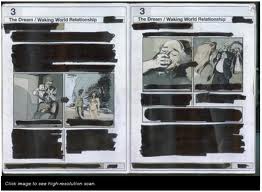 SAN FRANCISCO (CN) - The Vietnam Veterans of America asked a federal judge to impose sanctions on the Central Intelligence Agency, for failing to produce documents on the CIA's testing of hundreds of kinds of drugs - including sarin and phosgene nerve gas and LSD - on thousands of soldiers.

The Vietnam Veterans of America sued the CIA in January 2009, claiming the agency had experimented on soldiers at Edgewood Arsenal and Fort Detrick, Md., testing the effects of mind-controlling drugs.

The VVA says soldiers were treated "in the same capacity as laboratory rats or guinea pigs." The underlying federal complaint claims that at least 7,800 soldiers were subjected to "at least 250, but as many as 400 chemical and biological agents."

This original complaint, filed in January 2009, claimed that "this vast program of human experimentation, shrouded in secrecy," was done without informed consent of the soldier-guinea pigs. "In 1970, defendants provided Congress with an alphabetical list showing that they had tested 145 drugs during Projects Bluebird, Artichoke, MKULTRA and MKDELTA." These drugs included sarin and other deadly nerve toxins, barbiturates, irritants, including cyanide, phosgene nerve gas, LSC, PCP and other psychedelics, THC "about times the then-street strength of marijuana," and tranquilizers.

In its request for sanctions, the Vietnam Veterans claims the CIA stalled discovery, in bad faith, by refusing to turn over requested documents related to the secretive project, without adequate explanation.

It claims the CIA has released only about 1,600 documents, and 40 percent of them "deal only with the six individual plaintiffs' military records and Veterans Administration claim files."

The complaint adds: "Defendants have continually resisted producing relevant documents by standing on myriad objections and unsubstantiated claims of privilege. ... Even more unbelievably, it appears that defendants have yet to search even the most obvious location for documents - Edgewood Arsenal itself. ...

"Defendants also consistently refused to enter into a routine protective order that would protect information subject to the Privacy Act or HIPAA from disclosure or use outside of this litigation, thereby permitting its production to plaintiffs. Instead, defendants have refused to produce documents containing such information, or have produced documents with such information wholly redacted. For example, defendants used the Privacy Act as a basis for withholding the names of all Edgewood test subjects other than the named plaintiffs, despite the fact that the test subjects are all potential class members and percipient witnesses. (Vecchio Decl. ¶ 6, Ex. A.) Defendants have also used the Privacy Act as an excuse to withhold documents concerning individuals who conducted the test programs. These categorical refusals to provide the names of critical witnesses, when a routine protective order could have obviated any of defendants' concerns, have unnecessarily delayed discovery and prejudiced plaintiffs."

Oral arguments in the case are to begin Sept. 29.

Is there a way I could get in contact with these lawyers, once I have proven my involvement with the testing programs?

My lawyer says I am not going any further due to security issues.I have been ‘warned’ to find a corner and get in it.

I have significant health issues relating to the project. US congressman DeFazio said the records are now sealed. A Senator in California is researching the experimentation records since 1998, according to my last talk with her vet rep there.