"... 'Bad Pharma' details how the pharmaceutical industry uses scientific tricks and shenanigans (and sometimes outright fraud) to push its products on doctors and patients alike. One of those tricks is to publish only clinical trials that turn up positive results for its drugs. Trials that turn up negative data, however, are routinely withheld. Goldacre calls this withholding of clinical trial data 'the biggest untold scandal of the 21st century. It is modern medicine’s equivalent of bloodletting, and future generations will look back in amazement to think that we were ever so stupid as to tolerate it.' ..."

As I noted here last fall, “Bad Pharma” details how the pharmaceutical industry uses scientific tricks and shenanigans (and sometimes outright fraud) to push its products on doctors and patients alike. One of those tricks is to publish only clinical trials that turn up positive results for its drugs. Trials that turn up negative data, however, are routinely withheld.

Goldacre calls this withholding of clinical trial data “the biggest untold scandal of the 21st century. It is modern medicine’s equivalent of bloodletting, and future generations will look back in amazement to think that we were ever so stupid as to tolerate it.”

But it’s not only drug companies that hide unfavorable results. Academic researchers often do too, as Goldacre notes in his book and in an opinion piece last Sunday in the New York Times:

The best evidence shows that half of all the clinical trials ever conducted and completed on the treatments in use today have never been published in academic journals. Trials with positive or flattering results, unsurprisingly, are about twice as likely to be published — and this is true for both academic research and industry studies.

If I toss a coin, but hide the result every time it comes up tails, it looks as if I always throw heads. You wouldn’t tolerate that if we were choosing who should go first in a game of pocket billiards, but in medicine, it’s accepted as the norm. In the worst case, we can be misled into believing that ineffective treatments are worth using; more commonly we are misled about the relative merits of competing treatments, exposing patients to inferior ones.

This problem has been documented for three decades, and many in the industry now claim it has been fixed. But every intervention has been full of loopholes, none has been competently implemented and, lastly, with no routine public audit, flaws have taken years to emerge. 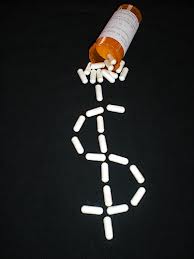 On Monday, the drug industry struck out against Goldacre and “Bad Pharma.” Its trade group, the Pharmaceutical Research and Manufacturers of America (PhRMA) issued a statement in which it called Goldacre’s demand for the full disclosure of clinical trial data “irresponsible with potentially harmful consequences for future medicine development.” (Also irresponsible, according to the statement, are the editors of the prestigious medical journal BMJ. They, too, have been leading the charge for clinical trial transparency, including a tenacious effort to make Roche release all its data on its antiviral drug Tamiflu.)

But there are growing signs, especially in Europe, that the pharmaceutical industry may be losing this battle to selectively hide trial data. Last month, Goldacre, the editors of the BMJ and others launched the “All Trials Registered, All Trials Reported” campaign, which is calling for governments, regulators and research groups to publish “the results (that is, full clinical study reports) from all clinical trials — past, present and future — on all treatments currently being used.” More than 20,000 people have already signed the campaign’s petition.

Another promising sign: The lead legislator on the European Union's Environment, Public Health and Food Safety Committee announced this week that she wants to toughen proposed legislation about EU’s clinical trial practices, including making it a requirement that companies disclose all their clinical trial data for outside review.

And on Tuesday, the drug giant GlaxoSmithKline surprised everybody by breaking from PhRMA's position on this issue and coming out in support of the AllTrials campaign.

“We are committed to being transparent with our clinical trial data to help advance scientific understanding and inform medical judgment,” the company said in a statement. "Our commitment also acknowledges the very great contribution made by the individuals who participate in clinical research. All those involved in the conduct and publication of clinical research, whether healthcare companies like GSK, academia or research organisations, have a role to play in ensuring that the data they generate are made publicly available to help bring patient benefit.”

Last year, GlaxoSmithKline pleaded guilty to criminal charges and agreed to pay $3 billion in fines to the U.S. government as a result, in part, of its failure to report safety data about its diabetes drug, Avandia.

Goldacre ‘may well be different’

University of Minnesota bioethicist and journalist Dr. Carl Elliott, who himself has written frequently on institutional deception within the medical research community, including academia (see “White Coat, Black Hat: Adventures on the Dark Side of Medicine”), thinks Goldacre’s efforts may — just may — lead to reform.

“Even if initiatives like [AllTrials] do not succeed, they ought to be applauded and encouraged,” he writes in a review of “Bad Pharma” in the BMJ. “As impressive as ‘Bad Pharma’ is, it is only the most recent of several books on industry wrongdoing, each of which has managed to outrage a certain constituency but none of which has led to major reform. This is where Goldacre may well be different. What sets this author apart from most other writers is his charisma, his energy, and his unfiltered comic bluntness. He seems capable not only of writing excellent books, but of leading a movement for change. This is a rarer and more valuable talent.”