Ronald Reagan and the Occult - The Constantine Report
0 SHARES

Ronald Reagan and the Occult

Ronald Reagan had an interest in lucky numbers and newspaper horoscopes. Less known is that a certain scholar of occult philosophy had a lifelong influence on the 40th president of the United States. Mitch Horowitz, editor-in-chief of Tarcher/Penguin and the author of "Occult America: The Secret History of How Mysticism Shaped Our Nation," reveals the details. 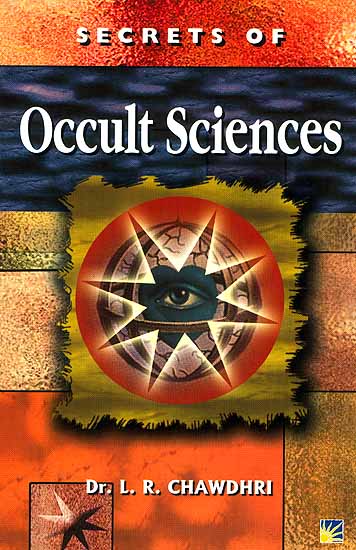 In spring of 1988, White House spokesman Marlin Fitzwater acknowledged publicly what journalists had whispered for years: Ronald and Nancy Reagan were devotees of astrology. A tell-all memoir had definitively linked the first lady to a San Francisco stargazer, confirming speculation that started decades earlier when Reagan, as California’s governor-elect, scheduled his first oath of office at the eyebrow-raising hour of 12:10 a.m. Many detected an effort to align the inaugural with promising heavenly signs. Fitzwater also confirmed the president’s penchant for “lucky numbers,” or what is sometimes called numerology.

There was more to the story than the White House let on. In a speech and essay produced decades apart, Reagan revealed the unmistakable mark of a little-known but widely influential scholar of occult philosophy, Manly P. Hall. Judging from a tale that Reagan borrowed from Hall, the president’s reading tastes ran to some of the outer reaches of esoteric spiritual lore.

Hall, who worked in the Reagans’ hometown of Los Angeles until his death in 1990, attained underground fame in the late 1920s when, at the age of 27, he published a massive codex to the mystical and esoteric philosophies of antiquity: The Secret Teachings of All Ages. Exploring subjects from Native American mythology to Pythagorean mathematics to the geometry of Ancient Egypt, this encyclopedia esoterica won the admiration of readers ranging from General John Pershing to Elvis Presley. Novelist Dan Brown cites it as a key source.

After publishing his great work, Hall spent the rest of his life lecturing and writing within the walls of his Egypto-art deco campus in L.A.’s Griffith Park neighborhood. He called the place a “mystery school” in the mold of Pythagoras’s ancient academy. It was there in 1944 that the occult thinker produced a short work, one little known beyond his immediate circle. This book, The Secret Destiny of America, caught the eye of the future president, then a middling Hollywood actor gravitating toward politics.

Hall’s concise volume described how America was the product of a “Great Plan” for religious liberty and self-governance, launched by a hidden order of ancient philosophers and secret societies. In one chapter, Hall described a rousing speech delivered by a mysterious “unknown speaker” before the signing of the Declaration of Independence. The “strange man,” wrote Hall, invisibly entered and exited the locked doors of the Philadelphia statehouse on July 4th, 1776, delivering an oration that bolstered the wavering spirits of the delegates. “God has given America to be free!” commanded the mysterious speaker, urging the men to overcome their fears of the noose, axe, or gibbet, and to seal destiny by signing the great document. Newly emboldened, the delegates rushed forward to add their names. They looked to thank the stranger only to discover that he had vanished from the locked room. Was this, Hall wondered, “one of the agents of the secret Order, guarding and directing the destiny of America?”

At a 1957 commencement address at his alma mater Eureka College, Reagan, then a corporate spokesman for GE, sought to inspire students with this leaf from occult history. “This is a land of destiny,” Reagan said, “and our forefathers found their way here by some Divine system of selective service gathered here to fulfill a mission to advance man a further step in his climb from the swamps.”

Reagan then retold (without naming a source) the tale of Hall’s unknown speaker. “When they turned to thank the speaker for his timely words,” Reagan concluded, “he couldn’t be found and to this day no one knows who he was or how he entered or left the guarded room.”

Reagan revived the story in 1981, when Parade magazine asked the president for a personal essay on what July 4th meant to him. Presidential aide Michael Deaver delivered the piece with a note saying, “This Fourth of July message is the president’s own words and written initially in the president’s hand,” on a yellow pad at Camp David. Reagan retold the legend of the unknown speaker – this time using language very close to Hall’s own: “When they turned to thank him for his timely oratory, he was not to be found, nor could any be found who knew who he was or how had come in or gone out through the locked and guarded doors.”

Where did Hall uncover the tale that inspired a president? The episode originated as “The Speech of the Unknown” in a collection of folkloric stories about America’s founding, published in 1847 under the title Washington and his Generals, or Legends of the Revolution by American social reformer and muckraker George Lippard. Lippard, a friend of Edgar Allan Poe, had a strong taste for the gothic – he cloaked his mystery man in a “dark robe.” He also tacitly acknowledged inventing the story: “The name of the Orator…is not definitely known. In this speech, it is my wish to compress some portion of the fiery eloquence of the time.”

Regardless, the story took on its own life and came to occupy the same shadow land between fact and fiction as the parables of George Washington chopping down a cherry tree, or young Abe Lincoln walking miles to return a bit of a change to a country-store customer. As with most myths, the story assumed different attributes over time. By 1911, the speech resurfaced in a collection of American political oratory, with the robed speaker fancifully identified as Patrick Henry.

For his part, Hall seemed to know almost nothing about the story’s point of origin. He had been given a copy of the “Speech of the Unknown” by a since-deceased secretary of the occult Theosophical Society, but with no bibliographical information other than it being from a “rare old volume of early American political speeches.” The speech appeared in 1938 in the Society’s journal, The Theosophist, with the sole note that it was “published in a rare volume of addresses, and known probably to only one in a million, even of American citizens.”

It is Hall’s language that unmistakably marks the Reagan telling.

Biographer Edmund Morris noted Reagan’s fondness for apocryphal tales and his “Dalíesque ability to bend reality to his own purposes.” Yet he added that the president’s stories “should be taken seriously because they represent core philosophy.” This influential (and sometimes inscrutable) president of the late-twentieth century found an illustration of his core belief in America’s purpose within the pages of an occult work little known beyond its genre. Lucky numbers and newspaper horoscopes were not Reagan’s only interest in the arcane.

[…] Mitchell Horowitz: In spring of 1988, White House spokesman Marlin Fitzwater acknowledged publicly what journalists had whispered for years: Ronald and Nancy Reagan were devotees of astrology. A tell-all memoir had definitively linked the first lady to a San Francisco stargazer, confirming speculation that started decades earlier when Reagan, as California’s governor-elect, scheduled his first oath of office at the eyebrow-raising hour of 12:10 a.m. Many detected an effort to align the inaugural with promising heavenly signs. Fitzwater also confirmed the president’s penchant for “lucky numbers,” or what is sometimes called numerology. read more: http://www.antifascistencyclopedia.com/allposts/reagan-and-the-occult […]