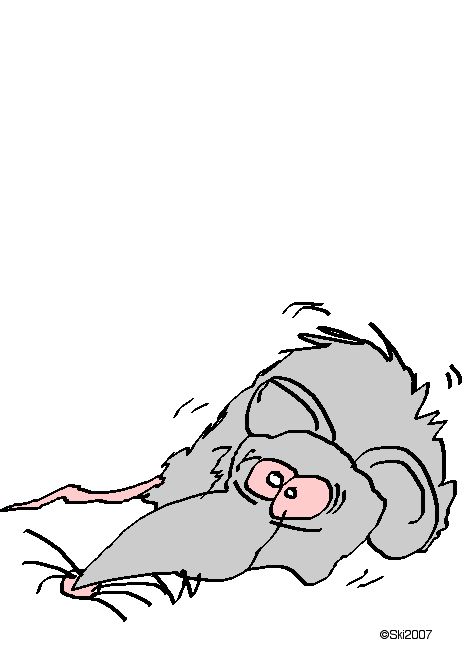 Adding fuel to the idea that junk food is like crack, scientists at Scripps Florida say rats fed high-calorie junk food became addicted to the food and voluntarily starved when given healthy food instead of, say, cupcakes.

Repeat: The rats voluntarily starved instead of eating healthy food.

In the experiment, one group of rats was given healthy, nutritionally balanced food. A different group was given "unlimited access to the worst stuff Johnson could find at [the supermarket] Publix, including bacon, sausage, cheesecake, pound cake, Ding Dongs and frosting," reports the Sun-Sentinel.

The junk food group gained weight and became less active. "More surprisingly, the fat rats exhibited the sort of self-destructive behavior associated with human junkies. The rats would eat junk food even if they knew doing so would result in a mild but distinctly uncomfortable electrical shock to their feet," reports the Sun-Sentinel.

The scientists then replaced the unhealthy food with the healthy diet of the first gtoup of rats, and the fat rats refused to eat at all.

Junk food alters the brain's chemistry by releasing dopamine that would normally be released when having sex, snorting cocaine or eating a rich dessert, say the scientists. The junk food-addicted rats learned that the easiest way to experience pleasure was by eating high-calorie, high-fat food.

Kenny and Johnson hope the results of the study can help people learn to deal with food addictions.

"Food can be highly addictive," author of The Maker's Diet Jordan Rubin tells the Sun-Sentinel. "When people describe overeating and weight loss as a battle, this is why."