“What possible evidence could be presented to argue the point that I’m not a bona fide candidate?” he said. “It’s just a conspiracy trying to shut me up.” 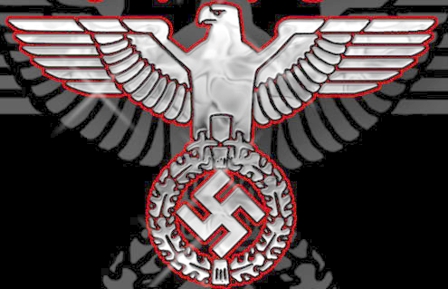 Koster — joined by the Missouri Broadcasters Association and a radio station chain in mid-Missouri — filed a petition Friday asking commissioners to decide if Miller is a “bona fide” write-in candidate for the Senate in Missouri.

Miller, from Aurora, Mo., bought or tried to buy airtime this spring on several stations, including at least two in Kansas City, to broadcast commercials that sharply disparage minorities and Jews.

The stations have said they have no choice but to air the spots. FCC regulations require broadcasters to air the unedited commercials of any legally qualified federal candidate, and to provide those candidates “reasonable access” to the airwaves.

In the petition, though, Koster and the broadcasters argue Miller isn’t legally qualified because he isn’t a bona fide candidate with a campaign committee, an office, or press releases, as FCC rules require for write-in campaigns.

“Whatever Miller’s commitment might be,” the petition says, “it is not about getting elected in the general election, but simply to pervert the campaign laws … to his true purpose of requiring FCC licensees to broadcast his non-campaign messages to an unsuspecting public.”

Attorney Mark Sableman, representing the broadcasters, said the FCC needs to provide guidance to his clients.

“The integrity of the process is at stake,” he said. “If anybody can have this very unusual right (of access) without truly being a bona fide candidate, then our whole political process has been undercut.”

From his home near Springfield, Miller insisted he’s a real candidate for the Senate.

“What possible evidence could be presented to argue the point that I’m not a bona fide candidate?” he said. “It’s just a conspiracy trying to shut me up.”

The stations also say they could be sued for the commercials if Miller isn’t truly qualified. Under normal rules, stations are exempt from such lawsuits when they air unedited ads from legal candidates.

The petition also asks the FCC to determine if the campaign has officially started. If not, stations could also legally deny Miller airtime.