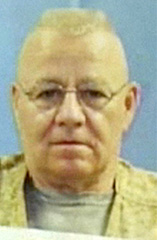 According to police in Cumberland County, Pa., a prison guard allegedly killed a lawyer and stole his custom rifle — part of a plan, the guard admitted, to steal guns in preparation for an armed coup.

Raymond Peake, a 64-year-old guard at the Camp Hill state prison, allegedly shot Todd Getgen to death at a local shooting range and stole Getgen’s gun, a custom, silenced AR-15 rifle. He then allegedly stashed the gun with a fellow guard, Thomas Tuso, until he could put it in a storage unit.

Peake was arrested after police followed him to his storage unit and later searched it. They found three guns: Getgen’s, Peake’s, and a gun that had been reported stolen from the same range earlier.

He told police he didn’t kill Getgen; according to Peake, he was already dead when Peake found him. Then he stole his gun.

From the police affidavit: