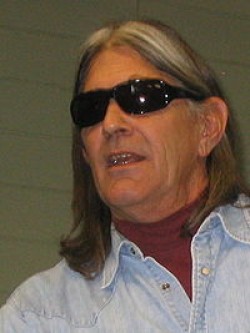 Mr. (not "Dr." of poseur infamy) Churchill worked for a university that depends on corporate and governmental largesse.

That makes him a "Little Eichmann" by his own definition.

It was a fraudulent trial. A "victory for free speech?" The next time a professor argues publicly that Nazi Germany did not gas Jews, the university he works for cannot fire him for any reason, esp. academic fraud. What a "victory" (for David Irving)!

Hate speech ("Little Eichmanns") is legally sanctioned by precedent, a university is restricted from moving against it ... and the trial has done wonders for historical revisionists. 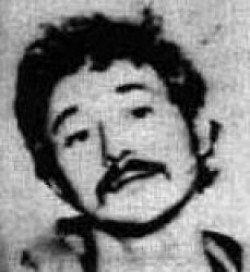 The jury observed a charade of moral posturing and heard a stream of misstatements, not testimony. I worked for a long year in the same office with one of the academic witnesses who testified on Mr. Churchill's behalf - she was fired for fabricating information in an article, like the plaintiff. That was the caliber of this political hoax. It is, in part, intended to make Churchill a "spokesman" of the left like his friend and supporter Bill Ayers. Bill O'Reilly picks his teeth with these men of straw and spits out the pieces. - AC

"... Here's Professor Churchill ... placing an eagle feather swaddled in a red cloth in view of his courtroom audience. There he is as well, referring to his American Indian heritage and mentioning that he's not a 'traditional.' And now he's at it again, telling a moving story about an Indian man praising him for his unique ability to explain to people who are outsiders 'how we see things, value things.' ... " - Denver Post, 03/25/2009 AM

The Rocky Mountain News, in 2005, published a genealogy of Churchill, and reported "no evidence of a single Indian ancestor" [of Churchill's]. The News reports that both of Churchill's birth parents are listed as white on the 1930 census, as are all of his other known ancestors on previous censuses and other official documents.[26] The Denver Post's genealogical investigation resulted in the same conclusion.

Documents in Churchill's university personnel file show that he was granted tenure in a "special opportunity position."[13] Such positions were later described as a program designed to help "recruit and hire a more diverse faculty."[27] In 1994, then CU-Boulder Chancellor James Corbridge refused to take action on allegations that Churchill was fraudulently claiming to be an Indian, saying "it has always been university policy that a person's race or ethnicity is self-proving."[28]

Churchill's critics argue that his assertion of Native American ancestry without the ability to prove it might constitute misrepresentation and grounds for termination. The University, however, has stated in response that they do not hire on the basis of ethnicity.[28] The University of Colorado's Research Misconduct Committee conducted a preliminary investigation into whether Churchill misrepresented his ethnicity in order to "add credibility and public acceptance to his scholarship";[29] they concluded that the allegation was not "appropriate for further investigation under the definition of research misconduct."[30]

In an interview in The Rocky Mountain News, Churchill stated: "I have never been confirmed as having one-quarter blood, and never said I was. And even if [the critics] are absolutely right, what does that have to do with this issue? I have never claimed to be goddamned Sitting Bull".[31]

Churchill has countered requests for verification of his Indian heritage in various ways including attacking the basis on which some Native American tribes establish their membership requirements. Churchill argues that the United States instituted "blood quantum" laws based upon rules of descendency in order to further goals of personal enrichment and political expediency.[32][33]