Karel Capek – Beyond The Robots 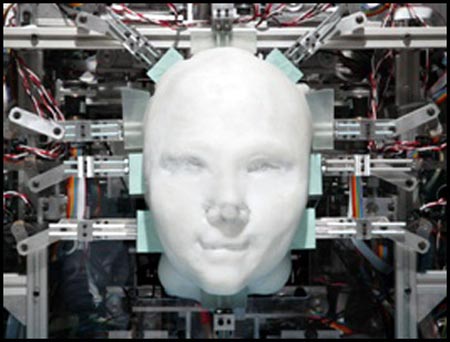 Karel Capek, who introduced the world to the robot, was one of the 20th century’s most versatile writers. On his 120th birthday, we take a look at how his work weathered Europe’s geopolitical storms. 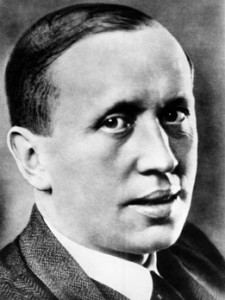 Karel Capek was born in Malé Svatonovice (then known as Bohemia, now part of the Czech Republic) in 1890. The son of a physician, he was the youngest of three siblings and would form a lifelong bond with his brother Josef, three years his senior. Capek attended universities in Prague, Berlin and Paris before graduating with a Masters in Philosophy in 1915. That same year, he and Josef collaborated on an illustrated kids’ book called “Shining Depths.” Throughout the course of his career, Josef would illustrate many of Karel’s works, particularly those aimed at children.

Spared compulsory military service during WWI due to spinal problems, in 1917 Capek became editor of Narod magazine, but soon left as he was unhappy with the political direction the newspaper was taking. In the years immediately following, he bounced around to a few other papers. With his brother, he also started a satirical weekly called The Unafraid, and he published his first collection of short stories, Painful Tales. It was also during this period that he became involved with theatre and met his future wife, actress Olga Scheinflungova.

By 1921, he and Josef had both landed jobs at the prestigious Lidove noviny (“The People’s Paper”) and his work soon came to the attention of the president of the newly established Czechoslovakia, Tomas Masaryk. Capek would become good friends with Masaryk, socializing and taking vacations to the country’s famous spas together, giving Capek an inner view on the building of the new (and sadly shortlived) democracy.

That year also marked the premier of the play that would introduce a new word into the world lexicon.

R.U.R., an abbreviation of Rostrum’s Universal Robots, was a three-act science fiction play about an island factory that made artificial people called “robots.” These robots eventually rebel and overthrow their creators, resulting in the extinction of human beings.

The play was influenced by the Golem legend (an antecedent also of Frankenstein), the most famous version of which was set in Prague’s 16th-century Jewish quarter. The play was an instant success, with versions soon produced in London and America. Both Spencer Tracy and Pat O’Brien had their Broadway debut playing robots in the American version, which ran for 184 performances. In 1938, a version filmed by the BBC was aired, making it the first broadcast of a science fiction work on television.

The robots in the play are less like C3PO or R2D2 and more like the androids in Blade Runner in that they can be mistaken for human. Though it influenced generations of science fiction writers, Isaac Asimov wasn’t impressed with its quality. “Capek’s play is, in my own opinion, a terribly bad one,” he wrote, “but it is immortal for that one word. It contributed the word ‘robot’ not only to English but, through English, to all the languages in which science fiction is now written.”

An early production of R.U.R. (Photo via Wikimedia Commons)

What many don’t know is that, though the play was penned by Karel, the word was actually invented by his brother Josef. It was a play on the Czech noun robota, meaning “labor.” Karel had originally wanted to call the assembled creatures “Labori”, but had the good sense to take his brother’s suggestion. He also went out of his way to give credit to his brother for coining the term, even going so far as to write to the publishers of the Oxford English Dictionary to clear up any doubts on the matter.

Throughout the 1920s and early 1930s, Karel Capek produced work astounding in its range – everything from detective stories, to modern fairy tales, to humorous gardening guides, to short stories repurposing historical and literary figures like Hamlet, to the dystopian satire of perhaps his most famous novel, War with the Newts.

But as the threat from Nazi Germany began increasing during the 1930s, he turned his attention to politics, penning the anti-fascist plays The White Disease and Mother. In 1938, he addressed PEN about the dangers a belligerent Germany represented. Sadly, his warnings fell on deaf ears – at least those of France and Britain, who, with the Munich Agreement, agreed to appease Hitler by giving him Czechoslovakia’s Sudetenlands in hopes of preventing the next world war.

With the Germans closing in, Karel Capek’s days were surely numbered. The Gestapo had named him 2nd on a list of Germany’s Czechoslovak enemies for his outspoken views, but Capek refused to leave his homeland. He was perhaps fortunate to die of influenza on Christmas Day in 1938, only months before Nazis invaded Prague and ended the democracy Capek’s friend Masaryk had helped establish.

Alas, his brother, collaborator and lifelong friend Josef Capek wasn’t so fortunate. He was imprisoned by the Nazis and died in the Bergen-Belsen concentration camp in 1945.

For taking such an anti-fascist stance in the last years of his life, his posthumous reputation might have fared better in Soviet-controlled Czechoslovakia. But rather than holding him up as one of the country’s greatest authors, the Communist authorities were reluctant to embrace his legacy as in 1924 he’d written an essay titled “Why I Am Not A Communist,” in which he argued that to view people only as members of a class was to rob them of their humanity.

With Communism long dead, the Czechs are now free again to celebrate one of their most imaginative literary figures, at least until the next upheaval comes along.

“Either you yourself are involved in politics and then you are bored,” he wrote in one early satirical column read at a recent commemorative ceremony in Prague. “You may escape politics, then you are coward or indifferent. If you pursue real politics, you are called partisan, if you pursue ideal politics, you are ridiculous. On top of that, in each of the cases you threaten the nation in one or another way. Please, make your choice.” 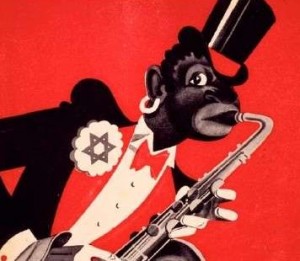 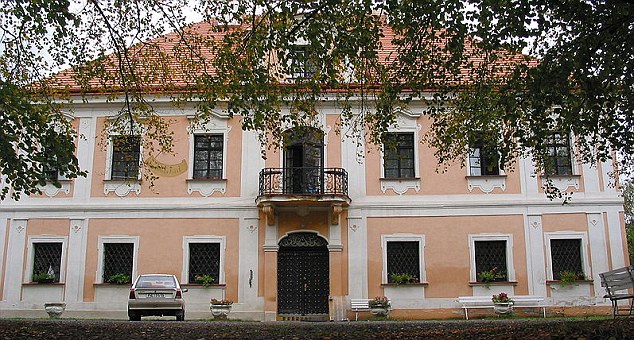 Josef Skvorecky on the Nazis’ Control-Freak Hatred of Jazz