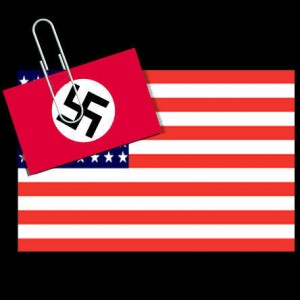 In that superb history of the industry, Bo Lojek's History of Semiconductor Engineering, there's an intriguing story of how Kurt Lehovec, the IC and LED pioneer, became a US citizen.

Lehovec invented the concept of p-n junction isolation used in every circuit element with a guard ring while working for Sprague Electric. He was one of three scientists who wrote a paper first explaining the workings of LEDs.

In 1945, with the Russian Army on the doorstep of Prague, Lehovec, a Czech, grabbed his tennis racket and cycled over to the American occupied zone.  The US had started a project called Operation Paperclip to recruit significant scientists from Germany and the former German-occupied countries, and they shipped Lehovec  on a Navy ship to New Jersey.

Later there was an extended wrangle between the US military, the State Department and the Executive Branch about the legal status of the scientists who'd been brought over to the US under Operation Paperclip.

Five years later, when he applied for US citizenship, he had to answer questions from a Massachusetts judge.

Asked from where he entered the USA, Lehovec replied: "From Canada."

Asked from where he entered Canada, Lehovec replied: "From the USA."

It did the trick. Lehovec became a US citizen.

I do like this. This article has been very helpful to me. I had a school assignment to compose and essay over Operation Paperclip. Therefore, I came to this website for information.