Exploring ‘Von Braun’ (Book Review/Summary E-Mailed to You till Oct. 27) 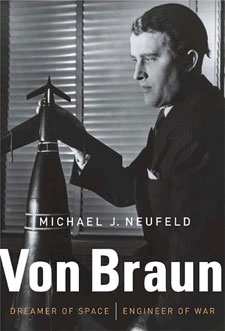 When German rocket scientist Wernher von Braun came to the U.S. after World War II to build rockets for the Americans, he became famous as a brilliant visionary engineer, as a manager of complex technology projects and as a charismatic, handsome genius in his field. Walt Disney made memorable TV shows about von Braun's contribution to science, and Collier's magazine spotlighted him and his plans for manned spaceflights. 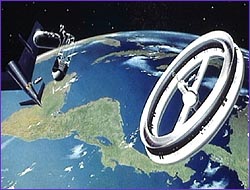 In 1912, Wernher Magnus Maximilian Freiherr von Braun was born to a family of aristocrats in Prussia. His father, Magnus, a hereditary baron, held a series of civil-service positions, rising and falling with the political winds. In 1920, he took a job in Berlin, where Wernher and his brother Sigismund studied at the Wilhelms-Gymnasium, later part of the eminent French Gymnasium. A prodigy, Wernher was fascinated with science and technology, which also interested his elegant mother, Emmy, whose family nickname was "Madame Curie." Wernher's parents gave him a telescope for his 13th birthday; in his eyes, it was the greatest possible gift. He attended boarding school at Ettersburg castle, where Hermann Oberth's book, The Rocket into Interplanetary Space, enthralled him. Since mathematical formulas filled the book, Wernher decided to learn as much math and physics as possible. Gifted in these areas, he began "rash experiments" with homemade rockets--causing a fire, breaking a greenhouse's glass pane and dismaying his teachers.

In 1928, Wernher transferred to a school on Spiekeroog, a North Sea island. His interest in rocketry and space travel became a single-minded passion. He organized an astronomy guild, substituted for the teacher in a grade 13 class when he was in grade 12, and developed a paper titled On the Theory of the Long-Range Rocket. Wernher went on to graduate from the Berlin-Charlottenburg Institute of Technology. To become an engineer, he took a brief apprenticeship at a heavy machinery factory where he had to join the socialistic metalworkers' union. He studied briefly at Zurich's Swiss Institute of Technology and became a pilot, before returning to Berlin for more engineering studies.

Then, von Braun began to develop rockets for Germany's Army, a highly conservative organization. Von Braun was also conservative and his upbringing was nationalistic, but he took no interest in politics. Rocketry was his only passion. He worked for the Army, testing liquid-fuel rocketry. In 1932, a prestigious science journal published his article on liquid-fuel rockets. In 1934, von Braun completed his doctorate with a dissertation on these rockets. He wrote it for the Army, which quickly classified it...

Click here to read on and receive a free summary of this book courtesy of getAbstract. (Available through October 27, 2010.)