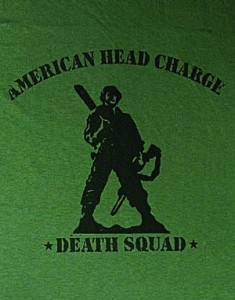 LA PAZ, March 12 (NNN-PRENSA LATINA) – Bolivian former Vice Minister of the Interior Luis Arce Gomez revealed that there is a Army Intelligence diary that can explain on the “forced disappearances” cases during the 1980 dictatorship.

The former soldier, who is imprisoned in La Paz, suggested the handing over of the Armed Forces document to the judicial authorities that are investigating the disapperance of Marcelo Quiroga Santa Cruz, Renato Ticona and Juan Carlos Flores Bedregal.

In July 2009, Arce Gomez, a main collaborator of Dictator Luis Garcia Meza at the turn of the 80’s, was deported by the United States.

Gomez played the main role in July 17, 1980 in the coup that overthrew acting President Lydia Gueiler.

He was imprisoned in Florida, U.S for drug-trafficking and he is now in jail here with a 30-year sanction without right to a pardon for crimes against humanity.

Meanwhile, President of the Association of Relatives of the Disappeared Detainees and Martyrs for National Liberation of Bolivia (ASOFAMD) Anita Urquieta said that it is essential that the military secret is revealed.

According to statistics of human rights organisations around 170 people disappeared in Bolivia during the ’60s, ’70s and part of the ’80s.

The struggle against opposition groups was carried out against the framework of Operation Condor during the ’70s and the ’80s.

The remains of members of the National Liberation Army (ELN) were found in July last year in Teoponte, north of La Paz thanks to the efforts of Argentinean and Bolivian anthropologists. This study will continue to find 20 more corpses. — NNN-PRENSA LATINA

Michael Hayden and the Innocuous Face of Government Criminality