Op-Ed Peel this Banana, and it’s all Propaganda 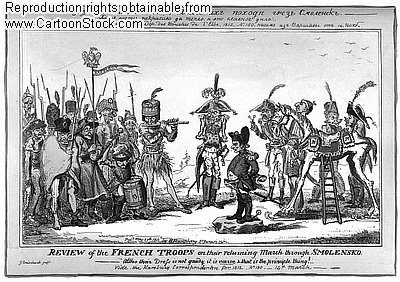 The same week Gen. David Petraeus testified before Congress to tell America how well our $3 billion-a-week surge is working in Iraq, another story was developing. It was a story that should lead us all to question how much of the Petraeus story we can believe.

Another part of the story not disclosed on the talk-show roundup was that many of the recruited military analysts worked for military contractors that would make huge profits in a war with Iraq. Analysts who wouldn't cooperate lost their jobs with those companies and also lost their right to appear on the television circuit.

As in any situation, there will be leaders and followers. Here, unfortunately, too many of the analysts were followers.

Anyone who gets their news from a source beyond Rush Limbaugh knows the story about how Dick Cheney and his cadre of war pimps drew up plans for war with Iraq long before 9/11. That was bad enough. But it gets worse. The stories of reckless hubris and deception by an administration gone wild continue to build both in number and seriousness.

Dick Cheney has made it clear that neither he nor this administration really care that a majority of Americans regard the Iraq War as a dismal mistake. So it is unlikely that Cheney and his pack of war engineers can comprehend the harm they do to democracy by operating a Pentagon propaganda program on American soil. 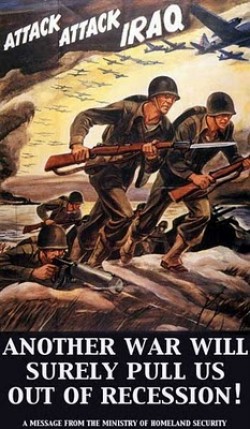 Military propaganda machines are a reality in banana republics around the world. They are put in place by cheap dictatorial hustlers who believe that the population is too stupid to make decisions based on honesty from responsible, capable leaders.

It is, after all, easier to just lie.

Up until seven years ago, leadership in America did not operate like a country following the blueprint of a Third World emerging republic. In fact, we actually have had laws on the books since 1951 that made it illegal for Cheney to appropriate money for Pentagon-driven propaganda programs within the United States.

But in the same way that Cheney chose to disregard the will of an American majority, he also chose to treat that 1951 congressional mandate as if it was written for administrations less imperial than his.

For the most part, there has been a near blackout of this story. That's because it is too embarrassing for the TV networks that got hustled again by Cheney's imperial presidency.

Retired generals engaged in covert military propaganda aimed at U.S. citizens, while those same generals were working for military contractors making millions on the war they were promoting. That certainly sounds like a story that is more important to democracy than whether or not Obama wears a lapel flag pin.

But then again, we are living a new reality in America today.