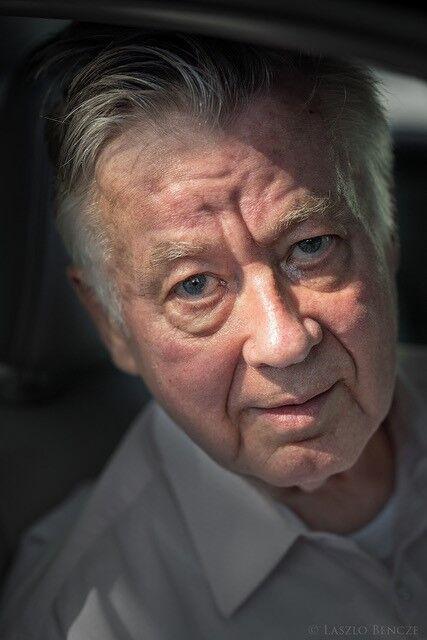 New Orleans DA Jim Garrison's prosecution of Clay Shaw--accused of organizing and directing the death squad that killed John F. Kennedy in 1963--was countered by influential conservatives who shaped public opinion with heaps of unctuous praise for the suspect in the public print. Shaw's well-heeled advocates spoke highly of his spotless character, his inspiring patriotism ... somehow neglecting to mention his background as a post-WW II Nazi recruiter for the American intelligence community.

Garrison staffer Tom Bethell abetted the psyop with leaks to the press, including Garrison's intention to file charges against Shaw, and unsupported allegations to discredit the probe. The New Orleans Advocate's obit traces Bethell's career after the Kennedy assassination as a far-right propagandist whose dodgy work product was closely aligned with CIA media manipulations of the Nixon and Reagan eras. Bethell edited right-wing journals, joined the American Enterprise Institute (under Reagan, a CIA and military intelligence front) even won a fellowship at the ultra-conservative Hoover Institute. From humble origins (undermining an investigation of far-right gunplay), to lucrative positions in the mass deception industry--and all he had to do was stab Garrison in the back. Bethell's life represents the American Dream gone black. -- AC

As researcher for Orleans DA, he leaked name of dubious prosecution witness to Clay Shaw's defense

Tom Bethell, a London-born journalist who helped derail Orleans Parish District Attorney Jim Garrison’s investigation into the assassination of President John F. Kennedy, died Feb. 12 at his home in Washington D.C. He was 84 and died of complications of Parkinson’s disease, said his wife, Donna Bethell.

Bethell came to New Orleans in the mid-1960s to write about jazz, stayed for almost a decade then moved to Washington, where he worked for a series of magazines. He also wrote books on a wide range of topics, including the history of property rights and critiques of evolution and the theory of relativity.

“He was curious about so many things,”his wife said. “He had this breadth of curiosity that drove him.”

To earn a living in New Orleans, Bethell got a job as a researcher for Garrison, who accused the businessman Clay Shaw of being part of a plot to murder the 35th president.

“Garrison saw Kennedy assassination conspiracies high and low,” Bethell wrote in The Washington Monthly in 1975. “After a while, it became clearer and clearer that he had no case at all against Clay Shaw.”

At that time, there was no law requiring that one side in a trial tell the other side which witnesses it planned to call. One potential prosecution witness, Bethell wrote, was a man who not only claimed he had heard Shaw plotting Kennedy’s murder but also believed that government agents broke into his house regularly and replaced his children with “dead ringers” so they could spy on him.

“Needless to say, Garrison’s people were not anxious for the man’s eccentricity to emerge in testimony,” Bethell wrote, “and thus wanted the defense to have as little as time as possible to uncover it. When I discovered that Garrison was indeed planning to put this man on the witness stand, … I decided that the time had come to turn the necessary information over to Shaw.”

Bethell didn't name the witness in the 1975 article. But the description suggests it was New York accountant Charles Spiesel, who indeed testified at the trial.

That man was but one of severalindividuals of dubious credibility upon whom Garrison was basing his case. The jury acquitted Shaw after deliberating less than an hour.

For disclosing that information, Bethell said he was charged with “unauthorized use of movable goods.” The charge was later dropped.

“I have mixed feelings about this,” Bethell wrote in an essay. “I feel partly justified, in that Garrison was blithely wrecking the reputation of an innocent man, but at the same time I feel ashamed to admit it, because Garrison had always treated me well.”

The steady paycheck from the Garrisoninquiry enabled Bethell to stay in New Orleans and soak up as much as he could about jazz, to which he had first been exposed through vintage records while he was a student at the University of Oxford.

His wife said he was so eager to get to the birthplace of jazz that he applied for a teaching job at Woodberry Forest School in Virginia, thinking from across the Atlantic Ocean that New Orleans must be nearby because both are in the southern United States. Bethell didn’t realize until he arrived in Virginia that New Orleans was almost 1,000 miles away. “He made it to New Orleans on holidays and eventually moved there,” Donna Bethell said.

In New Orleans, Bethell had friends, “but he was kind of a lone wolf who stayed to himself when he was working,” said Rosemary James, a States-Item reporter who was part of the newspaper’s team that broke the story of Garrison’s investigation. “I think he was something of a real night owl.”

After Shaw’s acquittal in 1969, Bethell turned to journalism with hopes of writing about jazz, said Jack Davis, a founder of Figaro, one of the publications for which Bethell wrote. Davis later became The States-Item’s city editor and The Times-Picayune’s metro editor. “He thought he would be writing about what he knew and loved and studied, but he discovered that journalism made you write about stuff that you didn’t know about yesterday.”

Nevertheless, he seemed to adapt well. In discussing his work with Jeannette Derbes, later Jeannette Hardy, at The Vieux Carré Courier in “The Electric Windmill: An Inadvertent Autobiography,” Bethell wrote, “She would be delighted by what I thought of as ephemeral piecework – in one ear and out through the pen the same day – about some local rascals seeking office.”

Bethell did manage to write about jazz. His book “George Lewis: A Jazzman From New Orleans,” a biography of the jazz trumpeter, was well received. Nicholas Lemann, who had befriended Bethell when both worked for The Courier, said Bethell wrote a 10,000-word piece, never published, on the cornetist Buddy Bolden.

“He lived in the world of the conservative movement,” said Lemann, who went on to be dean of Columbia University’s Graduate School of Journalism and a staff writer for The New Yorker.

And Bethell never shirked from courting controversy. Biologists attacked “Darwin’s Mistake,” an assault on the theory of evolution that Bethell wrote for Harper’s, and he was in a group that assailed the notion of man-made climate change and maintained that HIV doesn’t cause AIDS.

In addition to Bethell’s wife, survivors include a brother, Richard Bethell of Horley, England; and three sisters, Cecelia Barton of Taranaki, England, Magdalen Gee of Coniston, England, and Anne Klemets, of Wilton, Connecticut.

A Mass will be said Feb. 25 at 11 a.m. at St. Thomas Apostle Catholic Church, 2665 Woodley Road NW, Washington. Burial will be Feb. 26 in the Gate of Heaven Cemetery in Silver Spring, Maryland. De Vol Funeral Home is in charge of arrangements.