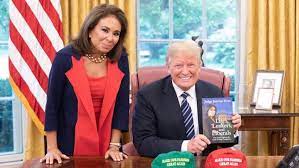 He’s a tax evader and a flashy New York businessman who cheated on his wife, and Donald Trump just gave him a last-minute pardon.

Trump on Wednesday morning issued a full pardon to Al Pirro Jr., the ex-husband of one of Trump’s most slavishly loyal supporters in the media, Jeanine Pirro, host of Fox News’ “Justice with Judge Jeanine.”

The pardon, announced less than 45 minutes before Joe Biden was sworn in as president, appeared to be the last gasp of executive clemency by Trump, who in the past two months eagerly rewarded friends, sycophants and run-of-the-mill people who fell afoul of the law.

Al Pirro did not immediately respond to a request for comment left at his office.

Less than 12 hours before the Pirro pardon was revealed, the White House announced Trump had pardoned 73 other people, and commuted the criminal sentences of 70 individuals.

The pardon recipients included a former chief of Trump’s 2016 campaign, Steve Bannon, who was charged last year with defrauding Trump supporters who wanted to fund a private effort to build a border wall with Mexico, and Republican fundraiser Elliot Broidy, who pleaded guilty to acting as an unregistered lobbyist for foreign interests who were trying to influence the Trump administration.

“Today, President Donald J. Trump granted a full pardon to Albert J. Pirro, Jr.,” Trump’s spokesman, Judd Deere, said in a one-line statement, which unlike the other actions of executive clemency failed to mention Pirro’s crimes, or offer some kind of rationalization for why he deserved a pardon.

Al Pirro, a businessman and lawyer known for his sharp clothes and well-coiffed silver mane of hair, was convicted at a trial in New York federal court in 2000 of conspiracy and tax evasion in connection with illegally deducting $1.2 million of personal expenses as write-offs for his business. 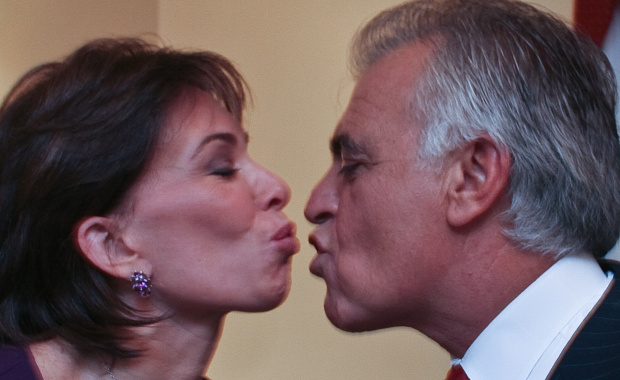 Republican state attorney general candidate Jeanine Pirro is under federal investigation for plotting to secretly record her husband, Albert Pirro to find out whether he was having another affair.She also said that federal prosecutors had no business delving into her maririage with the millionaire lobbyist Albert Pirro, who spent 11 months in prison after being convicted on tax fraud charges in 2000 and fathered an illegitimate daughter after their wedding in 1975.New York State Governor George Pataki endorsed Westchester Country District Attorney Jeanine Pirro for United States Senate.[/caption]

Pirro was sentenced to 29 months in prison at the same time his then-wife Jeanine was the Westchester County, New York, district attorney, the top state-level law enforcement official in the county.

Trump’s company, the Trump Organization, currently is the target of a criminal investigation by the Manhattan district attorney’s office, which is eyeing, among other things, how the firm valued real estate assets for tax and other purposes. As part of that probe, the DA’s office is seeking to enforce a grand jury subpoena for Trump’s personal income tax returns from his longtime accountants. Trump has asked the U.S. Supreme Court to block that subpoena.

The New York Times reported last fall that Trump personally paid just $750 in federal income taxes in 2016, and paid that same amount for his first year as president. And the Times reported he paid no income taxes at all, in 10 of the previous 15 years.

The newspaper noted that Trump for a decade has fought with the IRS over whether he properly claimed a nearly $73 million tax refund after declaring large losses.

In 2006, Jeanine Pirro, who at the time was running as a Republican for New York attorney general, confirmed she was under investigation by federal authorities for having talked to Bernie Kerik, a former New York City Police commissioner, about ways to possibly secretly record Al Pirro to determine if he was having an affair.

Recordings of conversations between Kerik and Pirro showed that she offered to place a recording device on Al Pirro’s boat.

“What am I supposed to do, Bernie? Watch him f--- her every night?” Pirro asked Kerik, according to transcripts of their discussion, which were revealed by WNBC-TV at the time.

Kerik, according to the transcript, next asked someone at a consulting firm then run by former New York City Mayor Rudy Giuliani — Trump’s current personal lawyer — about acquiring a recording device.

Jeanine Pirro was never charged in the case. She also did not become attorney general, getting demolished in the election by Andrew Cuomo, the current governor of New York.

The next year, she announced her divorce from Al Pirro, who had a child with another woman decades before, when he and Jeanine were still married.

Al Pirro had been hit by a paternity lawsuit while serving his prison sentence for the tax case conviction.

In 2009, Kerik himself pleaded guilty to felony tax fraud and lying to the government. He was released from prison in 2013.

Since then, Kerik has been seen in the company of his former boss Giuliani, as Giuliani traveled around the United States promoting claims, which have failed to be substantiated by significant evidence, that Trump was swindled out of a victory in the presidential election by widespread ballot fraud.

Jeanine Pirro herself promoted those bogus claims, which failed to gain traction in scores of lawsuits filed by Trump’s campaign and supporters after Biden defeated him handily in both the popular vote and Electoral College contest.

“Stop letting people tell you that we don’t have the evidence, because we do. And this is only going to continue,” she said during an appearance on Sean Hannity’s Fox News show.

“This fraud will continue and America will be doomed for the next 20 years,” Jeanine Pirro said.