Obama’s DoJ Says Ex-Colombian President Should not Have to Testify about (U.S.-Paid) Death Squads 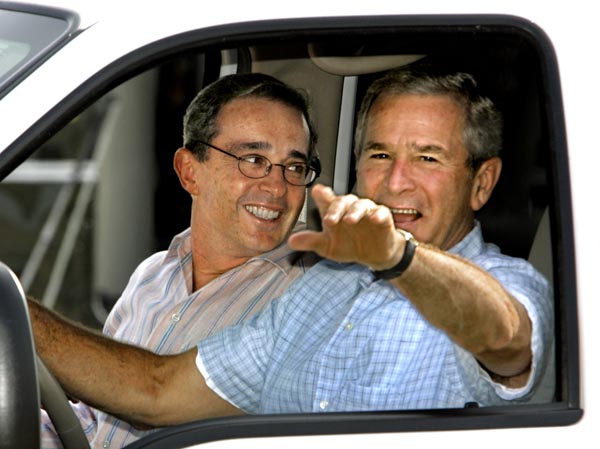 WASHINGTON — The Obama administration urged a federal judge to move cautiously rather than order former Colombian President Alvaro Uribe to undergo questioning now about any knowledge of right-wing death squads.

In a court filing Thursday night, the Justice Department said federal courts should respect concerns expressed by the government of Colombia over a subpoena for Uribe to testify in a lawsuit by families of death squad victims. The families are seeking damages from Alabama-based coal company Drummond for allegedly supporting right-wing death squads.

The Justice Department says a U.S. judge should order lawyers for the families to exhaust other avenues of getting the information they seek before ordering Uribe to be questioned.

"The United States does not suggest that he is entitled to immunity" from testifying about acts performed or information obtained other than as a government official, the Justice Department said of Uribe. "Nonetheless, in light of the concerns expressed by the government of Colombia, and in the interest of comity, the United States respectfully requests that this court" for now stop short from ordering Uribe to testify, said the U.S. government's court filing.

Uribe, who remains popular in Colombia for having weakened leftist rebels, has been teaching at Georgetown University in Washington.