To the surprise of no one, studies have shown voter ID laws target young minority voters and other demographics who routinely vote Democratic. More surprising, however, is that Republicans are now actually copping to the fact that these policies are aimed at their opposing political party.

In a column for right-wing news site World Net Daily, conservative activist Phyllis Schlafly acknowledged as much, saying, “The reduction in the number of days allowed for early voting is particularly important because early voting plays a major role in Obama’s ground game.”

The Democrats carried most states that allow many days of early voting, and Obama’s national field director admitted, shortly before last year’s election, that “early voting is giving us a solid lead in the battleground states that will decide this election.”

The Obama technocrats have developed an efficient system of identifying prospective Obama voters and then nagging them (some might say harassing them) until they actually vote. It may take several days to accomplish this, so early voting is an essential component of the Democrats’ get-out-the-vote campaign.

…Because neither Romney  nor all other presidential nominees use get-out-the-vote tactics.

Schlafly’s column might mark the most public conservative recognition of the political effects of voter ID laws, though hardly the first. Last summer, at a gathering of Republicans, Pennsylvania House Majority Leader Mike Turzai (R) said that the voter ID law passed by the legislature would “allow Governor Romney to win the state of Pennsylvania” that November.

After the election, former Florida GOP chairman Jim Greer told the Palm Beach Post that the goal of the state’s voter ID law was (wait for it) Democratic suppression. “The Republican Party, the strategists, the consultants, they firmly believe that early voting is bad for Republican Party candidates,” Greer said. “It’s done for one reason and one reason only…’We’ve got to cut down on early voting because early voting is not good for us.'”

It worked. Even though Florida ultimately went blue, one study found that as many as 49,000 people were discouraged from voting in November 2012 thanks to the long lines and other obstacles that greeted them when they showed up to cast their ballots.

And those are just two of many examples.

Schlafly authored her column in order to defend North Carolina’s voter ID measures, which passed into law earlier this month and constitute the worst voter suppression in the country.

Activists like 92-year-old Rosanell Eaton are already challenging the oppressive law. Former North Carolina state Senator Ellie Kinnaird (D) resigned August 19 after 17 years of service in order to work full-time to fight the onslaught of right-wing legislation North Carolina has experienced since Republicans took over the state government in 2010, most especially the voter ID laws.

Thanks to the July Supreme Court ruling to strike down Section 4 of the Voting Rights Act, voter ID laws can now be instituted in the nine mostly Southern states that were previously barred from changing their voting laws without federal approval due to histories of discriminatory policies. Justice Ruth Bader-Ginsberg summarized the problematic nature of the SCOTUS decision in her written dissent.

”The sad irony of today’s decision lies in its utter failure to grasp why the VRA has proven effective,” Bader-Ginsberg wrote, “Throwing out preclearance when it has worked and is continuing to work to stop discriminatory changes is like  throwing away your umbrella in a rainstorm because you are not getting wet.” 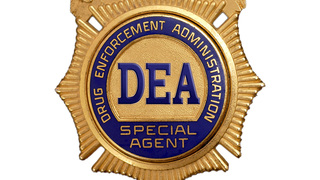