"... 'The clear language of Kissinger’s remarks to Nixon, and Nixon’s affirmation of his comments, is that the assassination-kidnapping was a CIA operation,' Dinges said. ..." 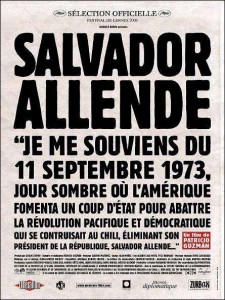 President Richard M. Nixon and his national security adviser, Henry A. Kissinger, joked that an “incompetent” CIA had struggled to successfully carry out an assassination in Chile, newly available Oval Office tapes reveal.

At the time, in 1971, Nixon and Kissinger were working to undermine the socialist administration of Chilean President Salvador Allende, who would die during a U.S.-backed military coup two years later. One of the key figures to stand in the way of Chilean generals plotting to overthrow Allende was the Chilean army commander-in-chief, Rene Schneider, who was killed during a botched kidnapping attempt by military right-wingers in 1970.

The question of the CIA’s role in Schneider’s death has been hotly debated for decades.

The new tapes won’t end the argument, but they add persuasive evidence that the CIA was at least trying to eliminate Schneider, and perhaps with the connivance of Nixon and Kissinger.

The key exchange between the president and his national security adviser occurred on June 11, 1971. They were discussing another assassination in Chile, this time of one of Allende’s political adversaries, former Christian Democratic party interior minister Edmundo Pérez Zujovic, who was murdered on June 8, 1971, by an extreme leftist group.

On learning that some in the Chilean press had blamed the CIA for the Zujovic killing, Nixon reacted with disbelief. Kissinger joked that the CIA was “too incompetent.”

Nixon: Why the hell would we assassinate him?

Kissinger: CIA’s too incompetent to do it. You remember—

Nixon: Sure, but that’s the best thing. [Unclear].

Kissinger: —when they did try to assassinate somebody, it took three attempts—

Kissinger: —and he lived for three weeks afterwards.

“The comments seem to fit the facts of what we know from congressional investigations of CIA covert actions at the time about the Schneider assassination [and] contradict official denials of a CIA role,” says John Dinges, author of two books on Chile, including The Condor Years.

“Two Chilean groups, both with ties to the CIA, carried out three attempts to kidnap the general, and on the third attempt shot him. He languished for three days (not three weeks) before dying on October 22, 1970. Kissinger’s denial, in his book and in statements to Congress, alleges that the CIA had broken off contact with the group before it carried out the third and successful attempt against the general. The clear language of Kissinger’s remarks to Nixon, and Nixon’s affirmation of his comments, is that the assassination-kidnapping was a CIA operation,” Dinges said.

"That is a perfectly reasonable inference by an expert on Chile and Latin America,” said Richard Moss, one of the scholars who uncovered this and several other Nixon White House tapes for nixontapes.org. But he added, “We think the tape itself is suggestive but not conclusive."

For its part, the CIA said there was nothing new in the tape, one of 3,700 hours worth of recordings between mid-February 1971 and July 1973, mostly in the Oval Office. During most of that time, Allende was Chile’s elected president.

“This incident from October 1970 -- almost 40 years ago -- has been, as I understand it, thoroughly dissected, examined, and investigated,” Gimigilano said in response to a query. “And now, based on someone’s interpretation of part of a conversation, it’s time for a completely different conclusion? Give me a break.”

Kissnger could not be reached for comment late Friday.

during the first bush gulf war nixon was interveiwed by news anchor bernard king- nixon states cia in assassination business, then quickly backtracks. once in awhile these guys slip up and talk some truth- most of the time they stonewall us.