GOP will try to get own candidate off NY ballot 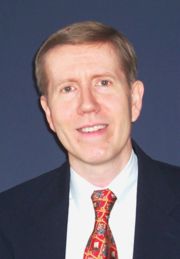 WHITE PLAINS, N.Y. — Republicans will try to remove their own candidate from the ballot in a suburban New York congressional race because he wrote an article warning against racial mingling, a party official said Wednesday.

Jim Russell, 56, a perennial GOP candidate known for his strong opposition to immigration, wrote in 2001 that parents should teach their children “an acceptance of appropriate ethnic boundaries for socialization and for marriage.”

Several times, he cited the eugenics movement, the effort to improve the human race by controlling heredity. In a long recitation of the accomplishments of Western civilization, he also quoted T.S. Eliot as writing, “reasons of race and culture combine to make any large number of freethinking Jews undesirable.”

The article appeared in the Occidental Quarterly, titled “The Western Contribution to World History.” It was first reported on the Politico website.

“We’ve denounced his campaign,” Colety said. “We’re not supporting him. We’ve withdrawn funds, volunteers, all resources. This is not the way Republicans think.”

He added: “This is the party of Lincoln.”

Jim Russell, the Republican candidate in the New York’s 18th House district is under fire from his own party for what they describe (accurately …

… Jim Russell is running for Congress in New York’s 18th District, which is an area just north of New York City with parts of the district bordering on Connecticut. Russell, who is challenging longtime Democratic incumbent, Rita Lowery, has been endorsed by the state’s Republican party and the state Conservative party.

In 2001, he wrote an essay titled “The Western Contribution to World History”, which was published in the Occidental Quarterly, Russell rallied like-minded people against interracial relationships and school integration. In that essay, he praised anti-Semitic theories. He praised and touted studies linking race to IQ. He has said parents need to teach their children “appropriate ethnic boundaries” for marriage and socializing.

I hate to label anyone a Nazi- but this guy is pretty close.  Here are portions of his 2001 essay, you decide:

(T.S.) Eliot described some conditions for an optimal society: ‘The population should be homogeneous. . . . What is still more important is unity of religious background; and reasons of race and culture combine to make any large number of free-thinking Jews undesirable. There must be a proper balance between urban and rural, industrial and agricultural development. And a spirit of excessive tolerance is to be deprecated.’

Kevin MacDonald’s (pushed the theory that Jews practice “group-think” to outperform non-Jews) work on religion, and particularly Judaism, as a group evolutionary strategy, is essential for a thorough understanding of our current predicament.

Despite threats on his life, Arthur Jensen persevered in studying the relationship between IQ and race. In Canada, neither state-sponsored censorship nor private harassment has deterred J. Philippe Rushton’s inquiries into Race, Evolution and Behavior. The importance of applying eugenic measures in the West becomes evident from Richard Lynn’s recent work on Dysgenics and his just-released seminal work Eugenics: A Reassessment.

The sociobiological warfare that our youth is subjected to is likely to be even more diabolical since it appears to deliberately exploit a biological theory of sexual imprinting at the critical period of sexual maturity. Movies like this past year’s spate of miscegenationist titles, Save the Last Dance, Crazy / Beautiful and O, a parody of Othello, appear deliberately designed to exploit the critical period of sexual imprinting in their target audiences of white pre-adolescent girls and adolescent young women.

It has been demonstrated that finches raised by foster parents of a different species of finch will later exhibit a lifelong sexual attraction toward the alien species. One wonders how a child’s sexual imprinting mechanism is affected by forcible racial integration and near continual exposure to media stimuli promoting interracial contact. The most serious implication of human sexual imprinting for our genetic future is that it would establish the destructiveness of school integration, especially in the middle and high-school years. One can only wonder to what degree the advocates of school integration, such as former NAACP attorney Jack Greenberg, were conscious of this scientific concept. It also compounds the culpability of media moguls who deliberately popularize miscegenation in films directed toward adolescents and pre-adolescents. In the midst of this onslaught against our youth, parents need to be reminded that they have a natural obligation, as essential as providing food and shelter, to instill in their children an acceptance of appropriate ethnic boundaries for socialization and for marriage.

I presume when the state Republican party reads Russell’s 2001 essay, it will rethink its endorsement of Jim Russell. While our society allows the Jim Russells out there to speak and write his beliefs, the marketplace of ideas will hopefully find them ridiculous if not shameful. He should be allowed to run for office, but the fact that the state Republican party endorsed him (according to his website) is downright frightening.

Yes, like so many Western racists in the past, Russell’s argument rests on “protecting our girls.” In 1955, 14-year old Emmett Till was lynched for … 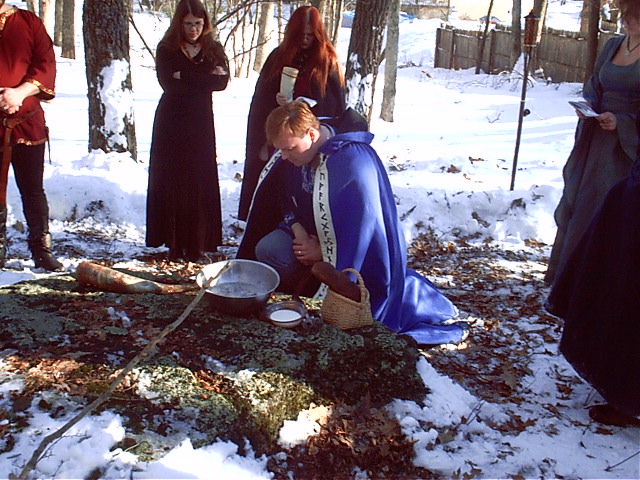