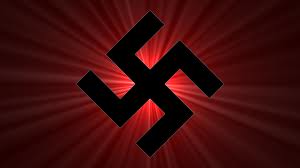 Several of the “fugitive” Nazis featured in the upcoming Nazi Hunter series were on the CIA payroll for decades, including Klaus Barbie and Josef Mengele, so their whereabouts were actually known all along. Anti-fascist researchers knew, as well, but the sober, respectable MacNeil Report filtered out crazed conspiracy theories linking the domestic intelligence apparat to ratline Nazis. The very idea. So the series title is a deceptive misnomer — censorship at PBS has suppressed the grim truth for decades. But America is a blushing innocent in the make-believe world of “liberal” public television. Move over, Elmo, America’s “hidden” Cold War Nazis are coming in a limited hang-out that will have the Zero-Dark “heroes” of Langley breathing a sigh of relief, because the full truth remains classified, and the programmed masses still don’t know the full extent of the CIA’s atrocious Nazi secrets. Coming soon to PBS: “The Search for Mobile, Alabama.” – AC

The “Nazi Hunters” series, with new episodes airing on PBS 6 next month, chronicles the stories of the determined individuals who chased some of the most reviled criminals on earth — the men who perpetuated the atrocities of the Third Reich during World War II. But the pursuers themselves sometimes lost their sense of proportion, working in ways that, when revealed, horrified their own supporters.

The following episodes will air on Fridays at 11 p.m.:

Franz Stangl was the Nazi commandant of the Treblinka and Sobibor death camps in Poland. He was responsible for the extermination of approximately 900,000 men, women and children. At the end of the war, he escaped to Italy where he joined a “rat-line” organized by Vatican officials. From there, he disappeared. Simon Wiesenthal, a survivor of the Holocaust, vowed to track down Nazi monsters like Stangl.

Albert Speer’s crimes included using and organizing slave labor in death camps and prolonging the war by his fanatical work to develop the Nazi war machine. The U.S. Strategic Bombing Survey tracked Speer down and spirited him away to a country house after the war, where he was extensively questioned, giving the Americans detailed information about the effectiveness of U.S. bombing. This critical intelligence would eventually shape much of U.S. strategy during the Cold War.

Joseph Mengele experimented on adults and children in the Auschwitz death camps. He was a prime target of the Nazi hunters and was, for many years, the world’s most wanted criminal. He Joseph Mengelwas hunted by Simon Wiesenthal, the U.N. War Crimes Commission and even the Mossad — but none of them succeeded.

Reinhard Heydrich was one of the main architects of the Holocaust, answering directly to Hitler. Heydrich chaired the infamous Wandsee conference, which approved the deportation of Jews to extermination camps. He became “Protector” of the occupied Czech territories of Moravia and Bohemia, which he ran with an iron rule. In London, the Czechoslovak government in exile was encouraged to plot the assassination of Heydrich by the British government. They realized that his death would lead to retaliation, but both the British and the Czechs judged that the price was worth paying.

Klaus Barbie was head of the Gestapo in Lyon, France in WWII. His job was to crush French resistance and his barbarity earned him the nickname “Butcher of Lyon.” Responsible for the deaths of more than 4,000 French men and women, Barbie disappeared after the war. “Ivan the Terrible,” aka Ivan Grozny, aka Ivan Marchenko, was a brutal Ukrainian guard at the Treblinka death camp. This episode chronicles the search for these two men. http://azjewishpost.com/2013/new-pbs-nazi-hunter-episodes-highlight-quest-for-mengele-barbie-ivan/

Previous Article
Meet Verint, the American Company Helping Governments Spy on “Billions” of Communications
Next Article
UK’s Observer: “Chilcot’s Continuing Silence on Iraq is an Affront to Us All” 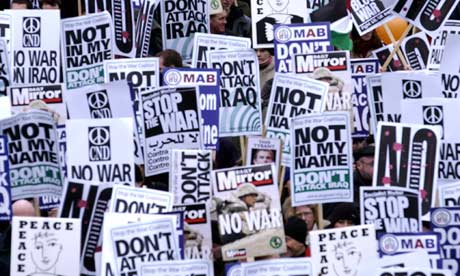 UK’s Observer: “Chilcot’s Continuing Silence on Iraq is an Affront to Us All”
Jan 31