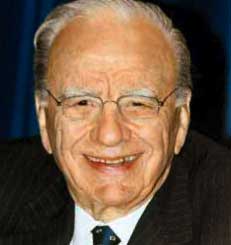 Chris Bryant, the former Foreign Office Minister for Europe in the British Labor Party government, and Brian Paddick, a former Metropolitan Police (Scotland Yard) senior officer, have filed a lawsuit against the Yard, claiming that other officials of the agency engaged in a strategic cover-up of widespread phone hacking by the Sunday tabloid News of the World in order to court favor with the Rupert Murdoch-owned publication.

Britain’s Guardian newspaper reported today that former Deputy Prime Minister John Prescott “and at least one other person” are expected to join the legal action, which could force Scotland Yard to open its files on the controversial case. Bryant and Paddick have been identified as being among those who had their voicemail messages hacked by a private detective working for reporters at the NoW .

The lawsuit names five reporters. Both men, who are openly gay, have attracted a goodly amount of tabloid attention. Paddick says that while he was a deputy assistant police commissioner, a story was published in the tabloid that he had bought his partner an expensive watch while on holiday in Sydney.

The lawsuit says “He had not told anyone apart from his partner about the purchase, but had to speak to the bank on his mobile phone … to allow the [block] on his credit card to be lifted.”

Bryant claims that after he became suspicious that his phone was being hacked, he reported the matter to police but did not hear from them for five months. They confirmed that his phone had indeed been hacked but declined to provide further details.

The claim alleges that police limited their investigation to just two men, a NoW reporter, labeled by the newspaper as a “rogue” employee, and a private investigator, despite “clear inference that numerous journalists at the News of the World and other tabloid newspapers were involved in hacking.”

Separately, Chris Tarrant, who hosts the British version of Who Wants to Be a Millionaire, and British comedian Steve Coogan have said that they intend to sue the News of the World after learning that their cellphone numbers and voicemail passwords had been found in the records of the NoW ‘s private investigator.

Previous Article
Was Death of American a Foreshadowing of Terrorism in Chile?
Next Article
Delaware: Aryan Nations Rally in Bethany Beach Could Return Again Next Year