Terror suspect Ian Forman, 42, from Birkenhead, planned to explode home-made devices packed with nails and ball-bearings. Pictured in the grounds of Hitler’s mountain retreat, this is the neo-Nazi who stockpiled chemicals to blow up Merseyside mosques.

Terror plotter Ian Charles Forman, 42, was yesterday branded evil by a judge after a jury found him guilty of planning to explode home-made bombs packed with nails and ball-bearings.

The former civil servant, who lived a seemingly unassuming life in a quiet Wirral street, downloaded pictures of two mosques he dubbed “targets” before making a string of YouTube posts threatening to “blow them up”. He saved images of Penny Lane Mosque in Mossley Hill and the Wirral Islamic Centre, near his home in Birkenhead, as “target one” and “target two”.

The Hitler obsessive also stockpiled potassium nitrate, sulphur and charcoal, drew up a shopping list of bomb components after months of internet research and even  created spreadsheets for the prices of chemicals he needed, and where they would be stocked.

Forman, who frequently expressed his racist ideology and views against the disabled to friends and workmates, also posted on YouTube about “Mosques lighting up the sky to keep us warm in the winter”.

He was yesterday warned to expect to spend a long time behind bars. He will be sentenced during the week of April 28.

His Facebook profile shows pictures of him on pilgrimage to Berchtesgaden, home of Hitler’s Berghof residence. He will be sentenced during the week of April 28.

At Kingston Crown Court, in London, judge Paul Dodgson said: “The defendant had, in my judgement, very extreme and evil thoughts – I think the word evil is appropriate. As the jury found he at some points had the intention of carrying those evil thoughts out. For his sentencing there must be a message sent out by the court that this behaviour is regarded with extreme gravity.”

Fascist Forman first came to the attention of police in April last year while he worked as a receptionist at Manisty (Recresco Ltd), a glass recycling firm in Ellesmere Port. 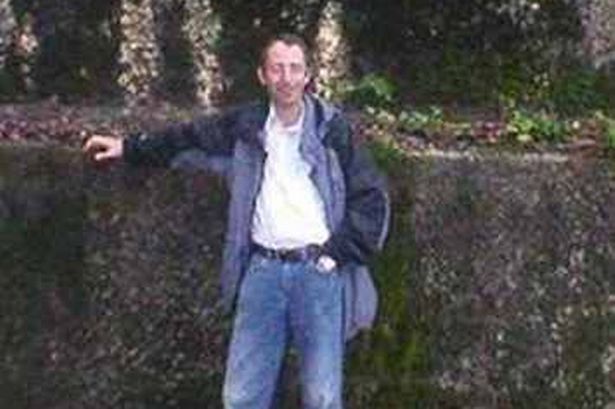 Colleagues found that he had been researching chemicals and explosive substances on the internet during work hours in a clear breach of company policy.

He was called in for internal disciplinary meetings, during which he claimed his research was for his hobby of making home-made fireworks.

But unconvinced by his answers, the company called Merseyside police and his house in Shavington Avenue, Oxton, was searched.

Inside they found a raft of chemical, a crude home-made improvised explosive device (IED) and a replica Nazi uniform.

In interview, he admitted having extreme right wing views in his youth but claimed he no longer thought like that.

But when officers later found more incriminating material held on computers –  internet research into a number of Merseyside mosques, video clips showing Forman experimenting with explosives and an anti-Islam video created by Forman himself – the former DWP worker was rearrested under terror laws.

A jury of seven men and five women at Kingston Crown Court yesterday found Forman guilty of engaging in conduct in the preparation of terrorist acts.

They heard how analysis of Forman’s computer and 16 mobile phones revealed his research of mosques in his local area and saved photos of them, and how he made and tested improvised explosive devices, and ran tests on black powder.

Adjourning sentencing, Judge Dodgson told Forman: “There will be a lengthy custodial sentence - of that there is no doubt.

“But I must make sure that I pitch that sentence so that it reflects your danger to the public, your hitherto good character, and that you did not in fact carry out these acts”.

Forman had denied engaging in the conduct in the preparation of terrorist acts.

Three counts of making explosives and a single count of possession of explosives were left on the court file.