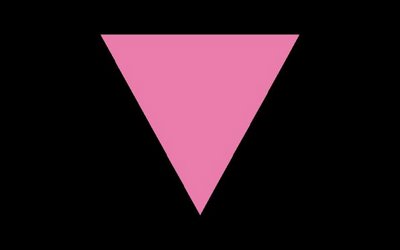 THE funeral takes place of the Austrian far-right leader Jörg Haider today amid revelations over a private life that could have destroyed his public comeback.

Not only did the Austrian extremist die with three times the legal drink-drive alcohol limit in his blood, but he had his final drinks in a gay bar.

He was dogged by allegations throughout his career that he was a closet homosexual and it has now been revealed that he spent the last part of his last night drinking in a gay club, Stadtkrämer.

Although seemingly happily married with two daughters, affluent – his salary as governor of the province of Carinthia was more than £13,000 a month – and poised once more to become a power broker after success for his party in Austria's recent general election, Mr Haider seemed to have the self-destruct gene that has laid politicians low in many countries.

His visit to the bar on his way home has rekindled the issue of his homosexuality just as supporters want to beatify him as the patron saint of Austrian nationalism. Stadtkrämer – it translates as "City Shopkeeper" – is a well known haunt for Klagenfurt's gay community and advertises itself on the internet with the slogan: "Whether old or young, lesbian or gay, the restaurant is always cool."

A bar customer offered to drive Mr Haider, 58, home because he looked the worse for wear, but was turned down.

Mr Haider went there after his appearance at a nightclub, the public prosecutor in Klagenfurt said. He arrived at a quarter past midnight on Saturday morning, left 30 minutes later and half an hour after that was dead.

The government car he was driving skidded out of control after he overtook another vehicle, hit a concrete traffic barrier and flipped over several times. He was pronounced dead on arrival at a hospital. The three-month-old luxury car was in full working order, according to a technical analysis.

Mr Haider was "outed" as a homosexual years ago by the Austrian and German press. His image as a family man was rocked several times when he turned up at rallies and events with a phalanx of young men who were more than a little camp. He called them bodyguards, although they often resembled, as one paper said, "hairdressers or fashion assistants".

Then there was his drinking. Although very fit, he was an enthusiastic imbiber of beer, wine and Austria's clear schnapps, or fruit brandy. At his 50th birthday, in 2000, on a mountain near his home, he received something like 100 bottles of alcohol from guests, all of which he proclaimed he would "gladly work through".

Mr Haider's ambivalence to these rumours was mirrored in his evasiveness when asked about his lavish country estate, valued at some £13 million, which will pass to his widow.

Over the years he gave different answers as to how it was acquired, but never the correct one: it was sold to his father at a knock-down price by its Jewish owner in order to get out of Austria alive.

"He was a man of secrets and it is a point of debate whether these secrets could have exploded at any time to do him in," said one caller to a Radio Bavaria phone-in show discussing Mr Haider's death on Thursday.

Thousands of right-wingers from across Europe are expected in Klagenfurt today for his funeral. Thousands more leftist demonstrators threaten to protest at it. All police leave in Austria has been cancelled in anticipation of clashes.

JÖRG Haider's Alliance for Austria's Future party got 10.7 per cent of the vote in Austria's general election last month, placing him in a position to act as a power broker in the country's fractured political scene.

Mr Haider, who helped move anti-immigrant politics from Europe's fringes towards the mainstream, was a polarising figure. In the 1990s, he was denounced as sympathetic to the Nazis and antisemitic; his party's inclusion in government in 2000 led to Austria's international isolation for months. He had since toned down his rhetoric and in 2005 broke away from the Freedom Party to form his new alliance, meant to reflect a turn toward relative moderation.