Italian politicians ‘made fascist salutes’ during tribute to Jews 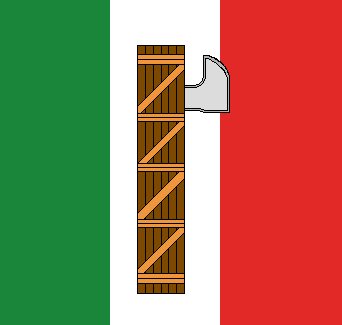 " ... The city's Jewish community has been unnerved by the political background of the newly-elected mayor, Gianni Alemanno, who once led a neo-fascist youth party. ... "

Two Italian politicians were accused of displaying the stiff-armed fascist salute on Friday as Rome paid tribute to the more than 1,000 Jews to deported to Nazi concentration camps 65 years ago.

The allegation came as graffiti questioning the veracity of the attempted extermination of Europe's Jews was daubed on a bridge on the outskirts of the capital.

"The Holocaust is the biggest lie in history," one slogan read, signed by a neo-Nazi group calling itself 'Militia'.

Last month the same group defaced the walls of a historic cemetery, calling the speaker of Italy's Senate, Renato Schifani, a "Jew" for having paid a visit to Auschwitz.

The two politicians, city councillors from the People of Freedom Party of prime minister Silvio Berlusconi, allegedly raised their arms in a Mussolini-style salute as colleagues passed a motion of solidarity with Rome's surviving Jews.

Their actions caused uproar in the council chamber, with colleagues yelling "Shame on you".

The controversy took place in the oddly named suburb of EUR (Esposizione universale romana), a monument to fascist architecture conceived under Mussolini's rule in the 1930s.

But opposition councillors stood by their claims. "I clearly saw the two councillors stretch out their right arms and make the fascist salute," Vincenzo Del Poggetto told La Repubblica.

His account was backed up by several colleagues. "I saw them with my own eyes raise their arms," said Augusto Culasso. "It was an extremely worrying episode." Of the 1,022 Jews who were deported from Rome to Nazi death camps in 1943, only 15 survived.

The city's Jewish community has been unnerved by the political background of the newly-elected mayor, Gianni Alemanno, who once led a neo-fascist youth party.

When he was elected in April, his supporters celebrated with straight-arm salutes, fascist chants and cries of "Duce! Duce!" – the name adopted by Mussolini.

But since assuming office Mr Alemanno has gone out of his way to portray a moderate image and embrace Rome's Jews, attending community events and meeting rabbis.