Who is M. Stanton Evans? 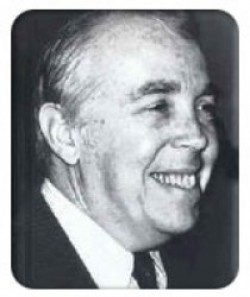 ACU Board member M. Stanton Evans is the Director of the National Journalism Center in Washington, D.C. Evans is also publisher of Consumers’ Research Magazine, Chairman of the Education and Research Institute, visiting professor of journalism at Troy State University, and a contributing editor and columnist for Human Events.

M. Stanton Evans graduated from Yale University in 1955, with a B.A. in English. He has done graduate work in economics at New York University and earned an Honorary Doctor of Laws from Syracuse University.

Evans served as chairman of ACU during the sixties and seventies. From 1960 to 1974, he also served as editor for the Indianapolis Star.

During the seventies and eighties, Evans worked as a syndicated columnist as well as a political commentator for Radio America and CBS Radio and Television. He is the author of many renowned books including Revolt on Campus, The Liberal Establishment, The Politics of Surrender, The Future of Conservatism, The Lawbreakers, Clear and Present Dangers, and The Theme is Freedom.

Evans has also been an effective plaintiff in numerous Federal Court cases involving the First Amendment issue of “freedom of information.”

From The National Journalism Center Site:

The National Journalism Center (NJC) … has trained scores of students every year for over a quarter of a century in the skills of press work, and assigned them internships at cooperating media locations.

Founded by M. Stanton Evans in 1977, the NJC also operates a Job Bank to help place alumni in permanent media positions. Over 1,400 students have now graduated from the NJC’s 12-week training sessions, held three times a year, and we estimate some 900 of these have gone on to media and media-related positions. Among the media outlets where NJCers have worked are the New York Times, Washington Post, USA Today, and Wall Street Journal; ABC, CBS, NBC, PBS, NPR, CNN, MSNBC, CNBC and C-SPAN; Time, Newsweek, New Yorker, Harper’s, Esquire, National Geographic, Readers’ Digest, Wired, George, Details, Stuff and Forbes; AP, UPI, Dow Jones Newswire, Bloomberg News Service, Copley News Service, Knight Ridder News Service, and hundreds more. In addition, NJC alumni have written more than 100 books among them, many of which developed from projects at the NJC.

One reason NJCers do well in the outside world is the rigorous training they receive while in the program. This combines hands-on experience at more than four dozen cooperating media locations with in-depth reporting of key topics at the direction of our editors. The NJC has placed interns at more than 50 outside outlets, including ABC, Newsweek, CNN, New Republic, C-, National Journal, BBC, Nation’s Business, Roll Call, Black Entertainment Television, The Hill, UPI, The City Paper, Larry King Live, and Washingtonian.

Throughout, the Center stresses not only the technical skills of journalism but understanding issues covered. To this end, the NJC sponsors a series of economic fellowships, in which students specialize in subjects that have an economic angle. As so many national issues such as health care and the environment have an economic aspect, this is essential to informed reporting.

Interns at the NJC additionally hear numerous speakers from the world of public policy and the media — many of the latter themselves alumni of the program. As in all other facets of our training, the stress in these discussions is on the practice of the trade, not academic theory. Past speakers have included Brian Lamb of CNN, Ralph Bennett of Reader’s Digest, Pat Korten of WTOP-AM radio, syndicated columnists Robert Novak, Fred Barnes and Donald Lambro, and many others.

Our internships are offered in the Spring, Summer and Fall every year. When the training is complete, we undertake to help alums with placement through our Job Bank service.

Our hope is to have still greater impact in the future. The NJC is a project of Young America’s Foundation. If you would like more information, we encourage you to get in touch.