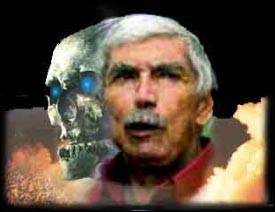 Washington, D.C., January 11, 2011 - As the unprecedented trial of Cuban exile Luis Posada Carriles begins this week in El Paso, Texas, the National Security Archive today posted a series of CIA records covering his association with the agency in the 1960s and 1970s. CIA personnel records described Posada, using his codename, “AMCLEVE/15,” as “a paid agent” at $300 a month, being utilized as a training instructor for other exile operatives, as well as an informant. “Subject is of good character, very reliable and security conscious,” the CIA reported in 1965. Posada, another CIA document observed, incorrectly, was “not a typical ‘boom and bang’ type of individual.”

Today’s posting includes key items from Posada’s CIA file, including several previously published by the Archive, and for the first time online, the indictment from Posada’s previous prosecution--in Panama--on charges of trying to assassinate Fidel Castro with 200 pounds of dynamite and C-4 explosives (in Spanish).

“This explosive has the capacity to destroy any armored vehicle, buildings, steel doors, and the effects can extend for 200 meters…if a person were in the center of the explosion, even if they were in an armored car, they would not survive,” as the indictment described the destructive capacity of the explosives found in Posada’s possession in Panama City, where Fidel Castro was attending an Ibero-American summit in November 2000.

The judge presiding over the perjury trial of Posada has ruled that the prosecution can introduce unclassified evidence of his CIA background which might be relevant to his “state of mind” when he allegedly lied to immigration officials about his role in a series of hotel bombings in Havana in 1997. In pre-trial motions, the prosecution has introduced a short unclassified “summary” of Posada’s CIA career, which is included below. Among other things, the summary (first cited last year in Tracey Eaton’s informative blog, “Along the Malecon”) reveals that the CIA anonymously warned former agent and accused terrorist Luis Posada of threats on his life.

A number of the Archive’s CIA documents were cited in articles in the Washington Post, and CNN coverage today on the start of the Posada trial. “The C.I.A. trained and unleashed a Frankenstein,” the New York Times quoted Archive Cuba Documentation Project director Peter Kornbluh as stating. “It is long past time he be identified as a terrorist and be held accountable as a terrorist.”

Posada was convicted in Panama in 2001, along with three accomplices, of endangering public safety; he was sentenced to eight years in prison. After lobbying by prominent Cuban-American politicians from Miami, Panamanian president Mireya Moscoso pardoned all four in August 2004. A fugitive from justice in Venezuela where he escaped from prison while being tried for the October 6, 1976, mid air bombing of a Cuban jetliner which killed all 73 people on board, Posada showed up in Miami in March 2005. He was arrested on May 17 of that year by the Department of Homeland Security and held in an immigration detention center in El Paso for two years, charged with immigration fraud during the Bush administration. Since mid 2007, he has been living on bail in Miami. In April 2009, the Obama Justice Department added several counts of perjury relating to Posada denials about his role in organizing a series of hotel, restaurant and discotheque bombings in 1997. Since mid 2007, he has been living on bail in Miami

This unclassified summary of the relationship between Luis Posada Carriles and the CIA, which was provided to the court by the US Justice Department, says the CIA first had contact with Posada in connection with planning the Bay of Pigs invasion in 1961. He remained a paid agent of the CIA from 1965-1967 and again from 1968-1974. From 1974-76, Posada provided unsolicited threat reporting. (Additional documents introduced in court show that he officially severed ties with the CIA in February 1976.) According to this document, the CIA last had contact with Posada in 1993 when they anonymously contacted him in Honduras by telephone to warn him of a threat to his life. (This document was first cited last year in Tracey Eaton’s informative blog, “Along the Malecon.”)

"PRQ Part II," or the second part of Posada's Personal Record Questionnaire, provides operational information. Within the text of the document, Posada is described as "strongly anti-Communist" as well as a sincere believer in democracy. The document describes Posada having a "good character," not to mention the fact that he is "very reliable, and security conscious." The CIA recommends that he be considered for a civil position in a post-Castro government in Cuba (codenamed PBRUMEN).

Document 3: CIA, Cable, "Plan of the Cuban Representation in Exile (RECE) to Blow Up a Cuban or Soviet Vessel in Veracruz, Mexico," July 1, 1965.

This CIA cable summarizes intelligence on a demolition project proposed by Jorge Mas Canosa, then the head of RECE. On the third page, a source is quoted as having informed the CIA of a payment that Mas Canosa has made to Luis Posada in order to finance a sabotage operation against ships in Mexico. Posada reportedly has "100 pounds of C-4 explosives and some detonators" and limpet mines to use in the operation.

This document includes two parts-a cover letter written by Grover T. Lythcott, Posada's CIA handler, and an attached request written by Posada to accept a position on new coordinating Junta composed of several anti-Castro organizations. In the cover letter, Lythcbtt refers to Posada by his codename, AMCLEVE/I5, and discusses his previous involvement withthe Agency. He lionizes Posada, writing that his ''performance in all assigned tasks has been excellent," and urges that he be permitted to work with the combined anti-Castro exile groups. According to the document, Lythcott suggests that Posada be taken off the CIA payroll to facilitate his joining the anti-Castro militant junta, which will be led by RECE. Lythcott insists that Posada will function as an effective moderating force considering he is "acutely aware of the international implications of ill planned or over enthusiastic activities against Cuba." In an attached memo, Posada, using the name "Pete," writes that if he is on the Junta, "they will never do anything to endanger the security of this Country (like blow up Russian ships)" and volunteers to "give the Company all the intelligence that I can collect."

This "PRQ" was compiled in 1972 at a time Posada was a high level official at the Venezuelan intelligence service, DISIP, in charge of demolitions. The CIA was beginning to have some concerns about him, based on reports that he had taken CIA explosives equipment to Venezuela, and that he had ties to a Miami mafia figure named Lefty Rosenthal. The PRQ spells out Posada's personal background and includes his travel to various countries between 1956 and 1971. It also confirms that one of his many aliases was "Bambi Carriles."

In the aftermath of the bombing of Cubana flight 455, the CIA ran a file check on all names associated with the terror attack. In a report to the FBI the Agency stated that it had no association with the two Venezuelans who were arrested. A section on Luis Posada Carriles was heavily redacted when the document was declassified. But the FBI retransmitted the report three days later and that version was released uncensored revealing Posada's relations with the CIA.

A source in Venezuela supplied the CIA with detailed intelligence on a fund raiser held for Orlando Bosch and his organization CORU after he arrived in Caracas in September 1976. The source described the dinner at the house of a Cuban exile doctor, Hildo Folgar, which included Venezuelan government officials. Bosch was said to have essentially asked for a bribe in order to refrain from acts of violence during the United Nations meeting in November 1976, which would be attended by Venezuelan President Carlos Andres Perez. He was also quoted as saying that his group had done a "great job" in assassinating former Chilean ambassador Orlando Letelier in Washington D.C. on September 21, and now was going to "try something else." A few days later, according to this intelligence report, Luis Posada Carriles was overheard to say that "we are going to hit a Cuban airplane" and "Orlando has the details."

This lengthy document is the official indictment in Panama of Luis Posada Carriles and 4 others for the attempted assassination of Fidel Castro at the 10th Ibero-American Summit in November 2000. In this indictment, Posada Carriles is accused of possession of explosives, endangerment of public safety, illicit association, and falsification of documents. After traveling to Panama, according to the evidence gathered, “Luis Posada Carriles and Raul Rodriguez Hamouzova rented a red Mitsubishi Lancer at the International Airport of Tocumen, in which they transported the explosives and other devices necessary to create a bomb.” (Original Spanish: “Luis Posada Carriles y Raul Rodriguez Hamouzova rentaron en el Aeropuerto Internacional de Tocumen de la referida empresa el vehículo marca Mitsubishi Lancer, color rojo, dentro del cual se transportaron los explosives y artefactos indicados para elaborar una bomba.”)  This bomb was intended to take the life of Fidel Castro; Castro was to present at the Summit on November 17th, and what Carriles had proposed to do “wasn’t easy, because it occurred at the Summit, and security measures would be extreme.” (Original Spanish: “lo que se proponía hacer no era fácil, porque ocurría en plena Cumbre, y las medidas de seguridad serían extremas.”)

After being discovered by agents of the Explosives Division of the National Police, they ascertained that “this explosive has the capacity to destroy an armored vehicle, buildings, steel doors, and the effects of an explosive of this class and quality can extend for 200 meters.” Additionally, “to a human, from a distance of 200 meters it would affect the senses, internal hemorrhages, and if the person were in the center of the explosion, even if they were in an armored car, they would not survive…the destructive capacity of this material is complete.” (Original Spanish: “Este explosivo tiene la capacidad de destruir cualquier carro blindado, puede destruir edificios, puertas de acero, y que la onda expansiva de esta calidad y clase de explosive puede alcanzar hasta 200 metros…Al ser humano, sostienen, a la distancia de 200 metros le afectaría los sentidos, hemorragios internos, y si la persona estuviese en el centro de la explosion, aunque estuviese dentro de un carro blindado no sobreviviría…la capacidad destructive de este material es total.”)

Posada and his accomplices were eventually convicted of endangering public safety and sentenced to 8 years in prison. He was pardoned by Panamanian president, Mireya Moscosa, after only four years in August 2004 and lived as a fugitive in Honduras until March 2005 when he illegally entered the United States and applied for political asylum.