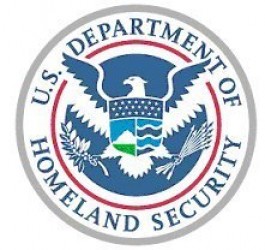 The term “homeland security” is out of place in the American lexicon. It’s old world. It vaguely recalls Bavarian boot leather. When the Bush administration started up with this phrase after 9/11, no one in the press thought to ask where it originated. According to a now-defunct ANSER Institute web page in March 2002, in response to a question by Air National Guardsman Mark Bower, it was coined by Richard Armitage, killer pimp in the State Department. Armitage, an assassin with “conservative” values, was no doubt aware that in the 1930’s, Adolf Hitler signed into existence a state police force known as the “Geheime Staatspolezei,” the “Gestapo.” Translation: “Home Nation Police,” or, fully Anglicized, “Homeland Security.” The ANSER Institute for Homeland Security web site states that it was founded as “an independent, not-for-profit corporation chartered in California with the assistance of the RAND Corporation in 1958.” Shortly thereafter, ANSER was named a federal contract research center, one of nine such facilities in the “homeland,” including RAND, MITRE and Lincoln Laboratory. On March 13, 1999 a “Homeland Security Symposium” was held at Johns Hopkins University Applied Physics Lab in Laurel, Maryland, hosted by the Military Operations Research Society, and the corporation adopted the title: The ANSER Insitute for Homeland Security opened its doors in May 2001. Three years later, the Department of Homeland Security selected ANSER to run a new federally-funded R&D center, the Homeland Security Institute. 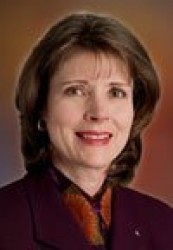 Dr. Ruth A. David is president and CEO of ANSER, otherwise known as Analytical Services, Inc. She claims that a substantial part of the institute’s mission is “to enhance public awareness and education” – an arguable statement, because from 1995-98, Dr. David was deputy director of the Science and Technology division at the CIA. The Science and Technology people, of course, are best known for barbarous forays into the science of mind control, including illicit experimentation at Ivy League universities, mental hospitals and prisons in the 1950s (Ted “Unabomber” Kaczynski was a guinea-pig at Harvard); the release of LSD to divert and distract the anti-war movement in the ’60s; unconscionable experiments on involuntary human subjects through to the present day. Coercive persuasion and other mind control techniques developed by the Agency’s Directorate of Science and Technology are currently in use at the Abu Ghraib detention center – this is the sort of “awareness and education” that comes from the CIA. The ANSER site informs us that Dr. David received a Ph.D. in electrical engineering from Stanford in 1981. She has “served in several leadership positions at the Sandia National Laboratories, where she began her professional career in 1975. Most recently, she was Director of Advanced Information Technologies. From 1991 to 1994, Dr. David was Director of the Development Testing Center that developed and operated a broad spectrum of full-scale engineering test facilities. Dr. David has also been an adjunct professor at the University of New Mexico. She has technical experience in digital and microprocessor-based system design, digital signal analysis, adaptive signal analysis, and system integration.” She is a member of the Department of Homeland Security Advisory Council, and the Corporation for the Charles Stark Draper Laboratory. Also the Jet Propulsion Laboratory’s Technical Division’s Advisory Board, the National Advisory Committee for the Wichita State University Foundation, and the External Advisory Committee for Purdue University’s Homeland Security Institute. Dr. David chairs the National Research Council (NRC). She also serves on the NSA Advisory Board. Think-tanks like ANSER have “educated” the public into a police state: Foundations are in place for martial law in the US By Ritt Goldstein, Sydney Morning Herald July 26, 2002 … From 1982-84 Colonel Oliver North assisted FEMA in drafting its civil defence preparations…. They included executive orders providing for suspension of the constitution, the imposition of martial law, internment camps, and the turning over of government to the president and FEMA…. Former FEMA director Louis Guiffrida’s deputy, John Brinkerhoff, handled the martial law portion of the planning. The plan was said to be similar to one Mr Giuffrida had developed earlier to combat “a national uprising by black militants.” It provided for the detention “of at least 21million American Negroes” in “assembly centres or relocation camps.” Today Mr Brinkerhoff is with the highly influential ANSER Institute for Homeland Security. Following a request by the Pentagon in January that the US military be allowed the option of deploying troops on American streets, the institute in February published a paper by Mr Brinkerhoff arguing the legality of this. He alleged that the Posse Comitatus Act of 1878, which has long been accepted as prohibiting such deployments, had simply been misunderstood and misapplied. The preface to the article also provided the revelation that the national plan he had worked on, under Mr Giuffrida, was “approved by Reagan, and actions were taken to implement it.” … Mr Ridge, the Director of Homeland Security, has just advocated a review of US law regarding the use of the military for law enforcement duties. Disturbingly, the full facts and final contents of Mr Reagan’s national plan remain uncertain. This is in part because President Bush took the unusual step of sealing the Reagan presidential papers last November. However, many of the key figures of the Reagan era are part of the present administration, including John Poindexter, to whom Oliver North later reported … In August, Attorney General John Ashcroft caught camp fever, as well. Jonathan Turley, a constitutional scholar at George Washington University, noticed with a vengeance in an LA Times editorial: “Atty. Gen. John Ashcroft’s announced desire for camps for U.S. citizens he deems to be ‘enemy combatants’ has moved him from merely being a political embarrassment to being a constitutional menace. Ashcroft’s plan, disclosed last week but little publicized, would allow him to order the indefinite incarceration of U.S. citizens and summarily strip them of their constitutional rights and access to the courts…. The proposed camp plan should trigger immediate congressional hearings and reconsideration of Ashcroft’s fitness for this important office. Whereas Al Qaeda is a threat to the lives of our citizens, Ashcroft has become a clear and present threat to our liberties. The camp plan was forged at an optimistic time for Ashcroft’s small inner circle, which has been carefully watching two test cases to see whether this vision could become a reality. The cases of Jose Padilla and Yaser Esam Hamdi will determine whether U.S. citizens can be held without charges and subject to the arbitrary and unchecked authority of the government.”1 The latter-day American Geheime Staatspolezei rose to prominence on its Reichstag, and dug in for the long haul … [TO BE CONTINUED] ——– NOTES 1) Jonathan Turley, “Camps for Citizens: Ashcroft’s Hellish Vision –  Attorney general shows himself as a menace to liberty,” Los Angeles Times, August 14, 2002. http://www.truthout.org/docs_02/08.15B.ashcr.camps.htm

The Valerie Plame Leak and a Beheading in Syria
Jun 07