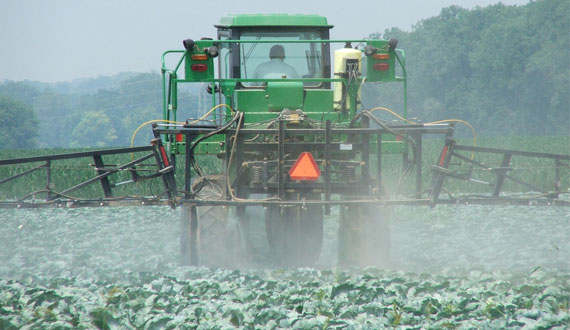 A growing body of evidence is suggesting that exposure to organophosphate pesticides is a prime cause of attention deficit hyperactivity disorder, ADHD. The findings are considered plausible to many experts because the pesticides are designed to attack the nervous systems of insects. It is not surprising, then, that they should also impinge on the nervous systems of humans who are exposed to them.

Forty organophosphate pesticides are registered in the United States, with at least 73 million pounds used each year in agricultural and residential settings.

» Don't miss a thing. Get SMS breaking news alerts on your mobile phone. Text BREAKING to 52669.

The newest study, reported Thursday in the journal Environmental Health Perspectives, examines the effects of both prenatal and childhood exposure to the pesticides, which are widely used in the United States to control insects on food crops. Epidemiologist Brenda Eskenazi of UC Berkeley and her colleagues have been studying more than 300 Mexican American children living in the heavily agricultural Salinas Valley. Because they live in a farming community, the children are more likely than others to be exposed to the pesticides, but the problems resulting from environmental exposure are often first seen in those with the highest exposure.

Eskenazi and her team tested for levels of pesticide metabolites in urine in the mothers twice during their pregnancies and several times in the children after birth. They then tested the children at ages 3 1/2 years and 5 years for attention disorders and ADHD, using the mothers' reports, performance on standardized computer tests and behavior ratings from examiners. After correcting the data to account for lead exposure and other confounders, they found that each tenfold increase in pesticide levels in the mothers' urine was associated with a fivefold increase in attention problems as measured by the assays. The effect was more pronounced in boys than in girls.

The study comes only three months after a Harvard study, looking at much lower levels of malathion in urine, found that a tenfold increase in pesticide levels was associated with a 55% increase in ADHD. The researchers believe that most of the children in the study were exposed to the malathion through food.

"It's known that food is a significant source of pesticide exposure among the general population," Eskenazi said in a statement. "I would recommend thoroughly washing fruits and vegetables before eating them, especially if you are pregnant."