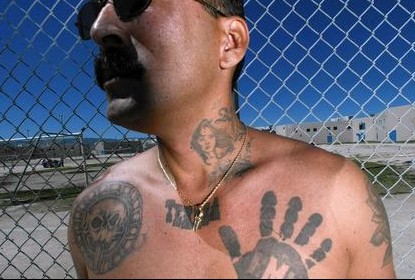 To the editor, LA Times 2-2-15: What in the world was Chief Charlie Beck and the rest of the Los Angeles Police Department brass thinking when they green-lighted a talk between a “former” shot-caller for the Mexican Mafia and so-called “prominent business leaders” in downtown L.A.? (“LAPD criticized for arranging downtown talk by Mexican Mafia killer,” Jan. 29)

I would think that the LAPD would know that even though convicted killer Rene Enriquez says he quit the gang, the members of the Mexican Mafia disagree. As far as they’re concerned, he’ll be a member until he’s dead.

What if something had gone wrong? Perhaps it would have been a safer bet if these folks had just waited for the movie to come out. This sounds like a mistake that a small-town sheriff would make, not the leaders of the LAPD. 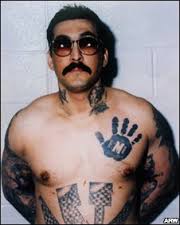 LOS ANGELES, AP, 1-31-15 — Records show an ex-Mexican Mafia leader whose talk with a group of business executives and police officials drew criticism this week has been helped by his close relationship with law enforcement to make a bid for freedom.

The Los Angeles Times reports that a state parole board recently decided Rene Enriquez, 52, should be released from serving life in prison for murder despite a prosecutor’s concerns. Gov. Jerry Brown has three more weeks to determine whether he should be freed.

Enriquez’s PowerPoint lecture to a number of Southern California police chiefs and business leaders this week was criticized by the mayor and president of the Los Angeles Police Department’s civilian oversight board president. The LAPD organized the event — initially conceived of by the Young Presidents’ Organization. And Chief Charlie Beck later said “mistakes were made” in holding it. The department’s independent Inspector General is reviewing how it was allowed to occur and the report will be made public.

Steve Soboroff, who heads the department’s civilian oversight board, told the AP Saturday that a representative of the business organization informed him that he’d emailed Beck and offered to reimburse the city for costs associated with the event.

The event required 23 elite LAPD officers to secure the downtown Los Angeles building. Soboroff said he’s sure the city will take the group up on its offer and estimates the cost could be from $15,000 to $25,000.

“The case isn’t closed…there were red flags along the way,” Soboroff said. “This guy’s under huge protection for being an informant so if people who were out to get him knew where he was, that could’ve (resulted in) something horrible. We should never be in that position.”

Enriquez has a now impressive law enforcement resume — author, expert witness, government consultant and college lecturer — all because of his earlier life’s work as a killer, drug dealer and Mexican Mafia “shot caller.”

His parole request included letters from 11 law enforcement agencies who say he’s helped with investigations and prosecutions. Only one letter specifically suggested he be granted parole.

Enriquez told parole commissioners he received $200 a week from work with the FBI and ATF and uses the money to help “pay the mortgage and put the kids through school.”

“I know that I have a really good career lined up with law enforcement,” he said. “I found purpose in my life. What I do now is much more satisfying than committing crimes. That I could actually give back, to a community that I’ve impacted so, so wrongly.”

But Deputy District Attorney Joseph Shidler told the parole board that Enriquez may be manipulating them and he was “one of the worst criminal histories that I have ever seen.”

“The inmate has taken the Eme, the Mexican Mafia, and made a growth industry of it,” Shidler said.

Enriquez said he decided to leave the Mexican Mafia after 17 years because he was tired of the politics and sickened by crimes against innocent people, including children. He insisted he’s changed his ways and follows a 12-step program with the help of a laptop. He said his biggest vice now is coffee.

His attorney told the parole board that Enriquez has risked his and his family’s life by working with law enforcement.

After a nearly three-hour hearing, the commissioners took 20 minutes to decide that despite “heinous and atrocious” crimes, Enriquez was remorseful and no longer an unreasonable risk of danger.

“You are able to be a productive member of society,” one commissioner said. “You have made realistic plans for release as well as developed marketable skills you can put to use.”

Los Angeles Times – ‎Jan 31, 2015‎
25 hearing. Enriquez has testified as an expert witness in gang prosecutions, instructed law enforcement on the workings of the Mexican Mafia, co-authored a book on street gangs and taught online courses at UC Irvine, according to a transcript of the hearing.

AllGov – ‎Feb 2, 2015‎
Upon review, Los Angeles Police Department (LAPD) Chief Charlie Beck concurs that it was a mistake for officers to escort an incarcerated ex-Mexican Mafia leader and killer to a meeting downtown with 125 wealthy business leaders and local police chiefs.

Police News – ‎Jan 30, 2015‎
LOS ANGELES — An ex-Mexican Mafia leader serving life in prison for murder was escorted by Los Angeles officers to speak at a gathering of police chiefs and business leaders, prompting criticism from the mayor’s office and an acknowledgement of …

Latin Post – ‎Jan 30, 2015‎
The president of the Los Angeles Board of Police Commissioners has demanded an investigation into the LAPD’s involvement in holding a meeting between a group of business leaders, local police chiefs and an infamous former Mexican Mafia boss. LAPD …
Previous Article
Tony Blair ‘Could Still Face Iraq War Crimes Charges’ Parliament Told
Next Article
This Is Reportedly The CIA’s Shadowy Car Bomb Facility In North Carolina 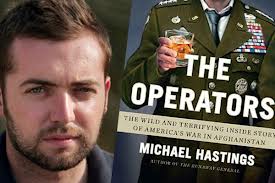 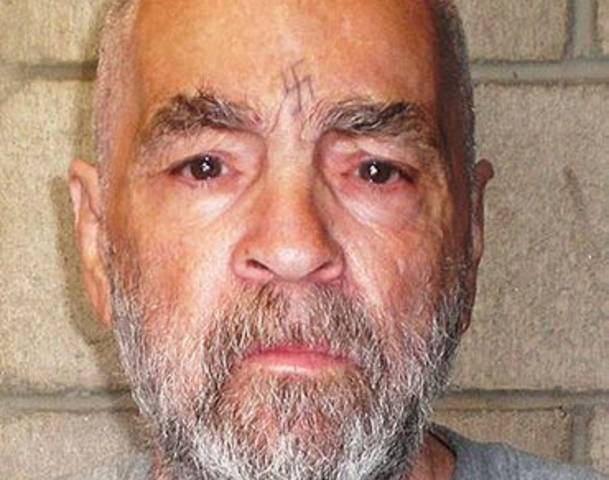 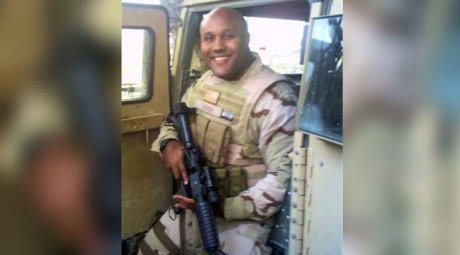 Christopher Dorner: A Look at the Man Behind the Mayhem
Feb 08 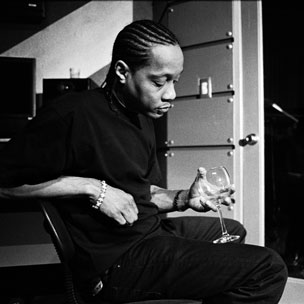 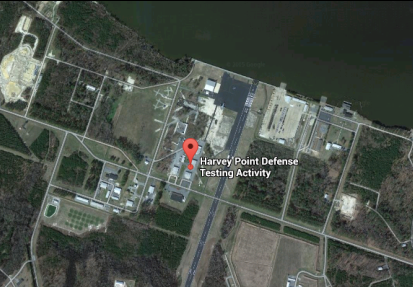