Anthony “Tony” Fiato (born August 31, 1949), also called “Tony the Animal”, or “Tony Rome”, is a former vicious mob enforcer and FBI informant. He enabled the FBI to capture and convict nearly 70 underworld figures. He is known for dating or escorting Denise Brown, and testifying in the O.J. Simpson murder trial.

Anthony Fiato was actor James Caan’s Mafia connection in the L.A. Mob. The F.B.I. intercepted a phone conversation between Anthony Fiato and Caan concerning actor Joe Pesci. James Caan asked his Mafia pal Anthony “the Animal” Fiato to grab and “take care” of Pesci after learning about an $8,000 bill that wasn’t paid after Pesci stayed with Princess Diana’s late lover Dodi Fayed at a pal’s Miami, Florida, hotel in 1982

Fiato grew up in Boston’s Hanover Street area. At seventeen, he moved to Hollywood. He rose in rank to enforcer and street boss. He worked with mobsters Anthony Spilotro, John Roselli, Mike Rizzitello, Crazy Joey Gallo, Pete Milano, and Jimmy Fratianno. Fiato was a feared member of the L.A.Mafia. Consigliari Jack LoCicero sponsored Fiatos’ membership into the Los Angeles Mafia. Anthony “the Animal” Fiato and his vicious crew were the enforcing arm of the Los Angeles Mafia. Fiato’s Jewish partner Puggy Zeichick bankrolled a seven figure juice loan operation that was backed by Fiato’s mob muscle. Fiato and Zeichick incorporated all the top west coast Jewish bookies into their gambling syndicate.. Law enforcement and Mafiosi alike referred to Anthony Fiato and Puggy Zeichick as the Lucky Luciano and Meyer Lansky of Los Angeles. Anthony Fiato was well liked and respected by Mafiosi all over the country. Mafia cutthroats Anthony “the Animal” Fiato and Mike “Rizzi” Rizzitello were the vicious muscle overseeing east coast Mafia operations in Los Angeles. A young Tony “the Animal” Fiato “busted heads” for Bugsy Siegal ally and big time west coast racketeer Joe Sica . Fiato’s violent life of crime is graphically depicted in the best selling book The Animal In Hollywood : Anthony Fiato’s Life in the Mafia, by John L. Smith.

When Fiato turned FBI informant, he and his brother Larry Fiato were placed in the federal witness protection program. He provided evidence that resulted in the arrest of some of his best friends and confidants in the mafia. Fiato was involved in the investigation of the murder of actor Frank Cristi. Tony Fiato claimed that Norman Freeberg attempted to hire Fiato on the contract on Cristi’s life. Fiato rejected the hit. Much like his Mafia counterpart Johnny Roselli ,Anthony Fiato hobnobbed with Hollywood’s Glitterati. As a favor to “rat packer” Dean Martin, Anthony “the Animal” Fiato strong armed two mob connected swindelers into coughing up thousands of dollars they had bilked from Dean Martin’s ex-wife Betty Martin. Anthony “the Animal” Fiato and his pal actor Robert Mitchum regularly attended the Friday night fights at the Olympic auditorium. “Godfather” actor James Caan testified at Anthony Fiato’s racketeering grand jury along with “Rocky” co-star Burt Young/ “Paulie”

Fiato says Denise Brown was his girlfriend, Witnesses and photos show the two together shacked up at the high class Coply Plaza hotel in Boston – -In the O.J. Simpson murder trial, Tony and Larry Fiato testified on September 19. They claimed that they heard detective Philip Vannatter say he suspected that O.J. Simpson murdered Nicole Brown, revealing that perhaps Vannatter was not impartial. Judge Ito ordered the press to turn off the television camera and microphones to protect the Fiato brothers from endangerment, if their identities became widely known.

Tony grew up watching wiseguys. For as long as he could remember he had associated with some of the toughest guys in the Boston and Los Angeles families. Tony’s father ran mob affiliated bars in Boston and later Los Angeles. Fiato who stood 6″3 and weighed 220 lbs at the age of 16, began running errands for the leaders of the Boston family. As he inched closer to manhood Fiato and family made the move to L.A where he hooked up withMichael Rizzitello, a vicious mob killer who had perfected his skills working under Joe Gallo and later Jimmy Fratianno. Rizzi had been a good friend of Johnny Fiato and had watched Tony grow into a leg breaking tough much likehimself. Anthony worshipped men like Rizzi and the power and respect that they commanded. Before long Tony had worked his way into the slot of Rizzi’s top aide in the L.A family. Extortion, assault, loan sharking and collecting delinquent debts were the jobs that Tony practiced and perfected while earning the moniker the animal. By the close of the 70’s Mike and Tony had been sanctioned and supported by Gambino boss Neil Dellacroce to operate seperately but within the Los Angeles family which had been descimated by deaths, defections and convictions. Anthony joined Rizzi as he travelled from one coast to the other, from the desert to the sea in an effort tobuild relationships with other powerful and ambitious capos around the country. Unfortunately for Rizzi he would be sent to prison on an extortion charge and see his dream of starting a second family in the city of Angels die. Yet Tony was a hot property, he possesed all of the qualities that had been absent in so many L.A gangsters. He was ambitious, tough and fearless. Many members of Rizzi’s crew began to cut him in on their scams and scores. Tony was soon seen as the heir to Rizzi’s position in the family. The success of Tony as surrogate to Mike Rizzitello ultimately proved to be his downfall. In 1984 Tony was hit with a federal indictment with enough charges toput him and much of his crew in jail for up to 400 years. Faced with amountain of evidence Fiato and his brother Larry decided to flip and become a government witness. Fiato’s testimony helped to put virtually the entire LosAngeles family in prison as well as many of the Boston crime figures he had grown up with. Anthony Fiato is the author of Animal in Hollywood and has been relocated somewhere in america. 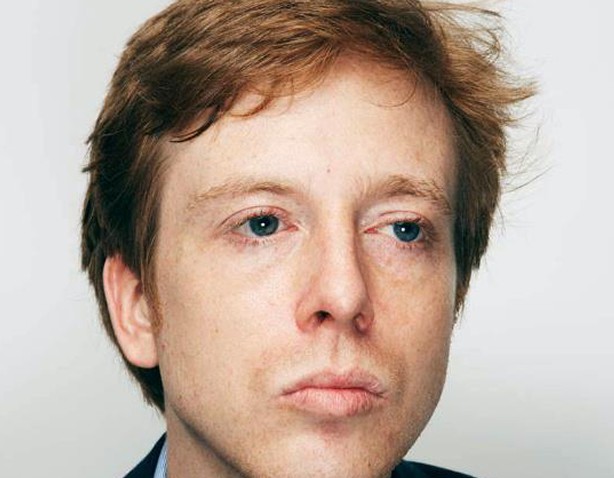