King of the Road Dean Martin, the Mafia and Power Elite - The Constantine Report
0 SHARES

Celebrity » King of the Road Dean Martin, the Mafia and Power Elite

King of the Road Dean Martin, the Mafia and Power Elite 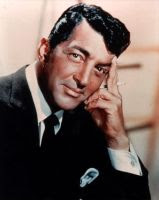 Dino and the Costello Family 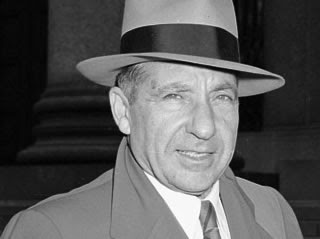 "One of Lou Costello’s friends was Mickey Cohen. Frank Costello rubbed shoulders with the Rockefellers, with Lucky Lucianno, and other powerful underworld figures. Costello controlled NY Mayor William 0’ Dwyer. Frank Costello was also the owner of Alliance Distributors who are the sole American distributors for Whiteley Co. of Scotland. Scotch drinkers like the orange brown scotch of the famous King’s Ransom Scotch as well as the House of Lords Scotch. They may not realize that Costello was the sole distributor of these drinks which were imported through him from Scotland.

"Ray Ryan, a young Texas oil Tycoon, went into at least one petroleum-lease venture with Frank Costello and Frank Erickson. Ray Ryan was friends also with Dean Martin. Ray Ryan was the godfather for Ricci Martin. His Mount Kenya Safari Club had an elusive membership ... "

" ... A biography on Martin titled Dean Martin: King of the Road by Michael Freedland alleges he had links to the Mafia early in his career. Martin allegedly was given help with his singing career by mob bosses who owned saloons in Chicago, Illinois. In return, he later performed in shows hosted by these bosses when he was a star. The mob bosses were Tony Accardo and Sam Giancana. The author suggests Martin felt little sympathy for the Mafia and only did them small favors if it was not inconvenient for him. Reportedly, the FBI's bugs once picked up a mafioso making plans to injure or even kill Martin because of a perceived lack of gratitude. Another book, The Animal in Hollywood by John L. Smith, depicted Dean Martin's longtime friendship with Mafia mobsters Johnny Roselli and Anthony Fiato. The author suggests Anthony Fiato (a/k/a "the Animal") did Dean Martin many favors, such as getting back money from two swindlers who had cheated Betty Martin, Dean's ex-wife, out of thousands of dollars of her alimony. ... "http://en.wikipedia.org/wiki/Dean_Martin

" ... I went to work for Dago Louie and Johnny Roselli became my good friend after I did him a solid. Dean Martin went to Johnny for a favor. His ex wife Betty, who was a lush, was cheated out of her alimony money by two swindlers. One of them was a hitman named Pat LaPrieda. Johnny gave the order to Dago Louie who gave the order to me. It’s that easy. When you are in the Mafia High Command, you press a button, and it gets done. I was the doer and I got the cash back. Dean was grateful to me and I had earned Johnny’s affection and respect.

Over the years, I got a button and bossed a crew in the Los Angeles Crime Family.

I even took over as the acting boss in Mobster Mike Rizzitelo’s crew, which was a faction of the Gambino Crime family operating in Los Angeles. My nickname was Tony “The Animal”. At least it sounded better than Tony ”The Molester”….

"Tony Accardo was born on April 28, 1906. His family migrated from Palermo, Sicily to the Little Sicily area of Chicago. He started as a common street burglar, involved mostly in petty larceny. He came to the attention of Vincenzo de Mora(also known as "Machine Gun" Jack Mcgurn). Accardo joined the Circus Gang, working his way up the ladder of minor league organized crime. He became a member of Capone's Gang after he succesfully planned and executed the Hanlon Hellcat shootout. Tony became Capone's bodygaurd. Accordo continued his upward climb under Capone, he gained stature and trust by everyone in the outfit. When Nitti took over, Tony was put in charge of the very prosperous gambling facit of the Outfit. Then after Nitti's suicide and the Hollywood Extortion Case, Accordo became the boss. Under Accordo the Outift prospered. He enforced a city-wide street tax, which ordered that the Outfit get a percentage of any money made illegally. His greatest Move was to Vegas. Accordo made his move to Las Vagas in the form of the Stardust Casino. The Stardust catered to the blue collar gamblers, it was a gold mine for the Outfit. In 1957 Tony decided that he needed to retire and live his life stress free. Accardo decided to become the consiglieri and give control of the day-to-day operations to Sam Giancana. This arrangement worked for a few years until Giancana started to get too bold and loud for the position he held. Accordo dethroned Giancana thereby giving himself a more active role in the decision making ( which he didn't like). Accordo continued to play an active role in all Outfit moves. He would never spend a day in jail and a attempt on his life was never made. That is the mark of a great Boss. Yet on May 22, 1992 Tony Accordo died of heart problems, and was buried just three blocks from where he grew up." 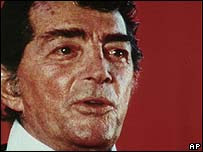 A new biography of Dean Martin has revealed the late singer's links to the mafia, through files collected by the US Federal Bureau of Investigation (FBI).

Martin was given help with his early singing career by mob bosses who owned saloons in Chicago, according to Michael Freedland's book Dean Martin: King Of The Road.

The singer, whose hits included That's Amore and Volare, subsequently repaid them by performing on demand when he became a major star.

"If Sam Giancana, the real godfather of Chicago, decided he wanted to put on a show - and this is borne out by FBI files that I saw - he would say, 'get Dean Martin, I need him for 10 days.' And he would go.

"But he could have got himself into very serious trouble."

Many singers at the time were believed to have had connections to the mob. 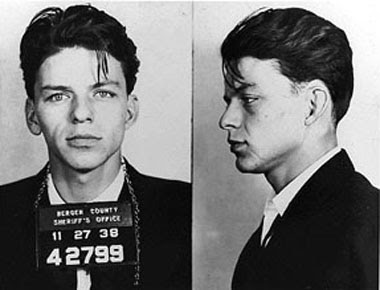 Frank Sinatra, the most high-profile of the so-called "rat pack" of singing stars that also included Martin and Sammy Davis Jr, was long suspected of involvement - although he denied this up until his death in 1998.

But Freedland said that often, the FBI would turn up at Martin's concerts to observe who was there - as there was a guarantee of tracking down many with links to the mob.

He quoted Martin as saying that at one performance at Atlantic City, "if somebody threw a bomb into the building on that day, organised crime would be wiped out in one moment."

http://news.bbc.co.uk/2/hi/entertainment/4215109.stm•••Dino's Friend Frank Sinatra was a CIA Courier, According to the daughter of Sam Giancana:

" ... Tina also claims that Sinatra acted as a courier for the Central Intelligence Agency. 'Because he controlled his own air travel, the CIA would ask him - and many others with that capacity - to courier a body, a living person, you know, not a corpse, but a diplomat, or papers.' Sinatra never revealed who or what he was transporting. Tina says: 'We asked him; he didn't say.' ... "

" ... The Freedom of Information and the Privacy acts allow the agent to use any number of security or privacy reasons to redact names and other information from the file. In the case of Sinatra, for example, his name is probably never redacted but the names of stool pigeons or FBI sources used to gather information about him are. Many of the Chairman of the Board’s Rat Pack friends received no such kid-glove treatment. Dean Martin, for example, is linked time and again to Sinatra misdoings. ... " 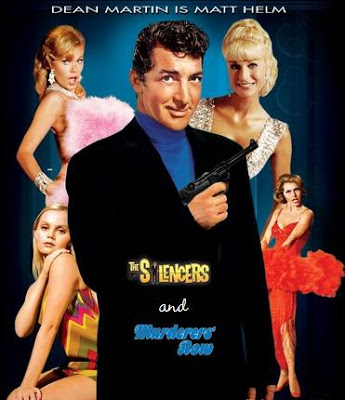 " ... Columbia contract star Dean Martin portrayed Matt Helm (based on the spy in Donald Hamilton's novels) in four tongue-in-cheek films between 1966 and 1968: The Silencers (1966), Murderer's Row (1966), The Ambushers (1967), and The Wrecking Crew (1968); none of the films' titles had anything to do with their plots; Helm was a cheesecake model photographer-turned-American agent for ICE (Organization for Intelligence and Counter-Espionage) ... "