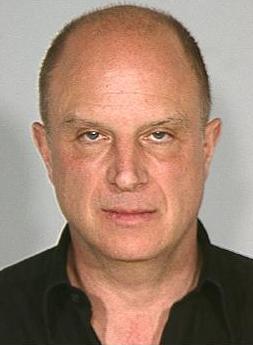 NEW YORK, AP – HBO chief executive Chris Albrecht was forced out by Time Warner following his weekend arrest on suspicion of assaulting his girlfriend in Las Vegas. Albrecht, who said Tuesday he was taking a leave of absence to regain control of his alcoholism, said a day later that he was resigning as chairman and CEO “at the request of Time Warner.” His resignation also came after the Los Angeles Times reported on Wednesday that HBO in 1991 paid a settlement of at least $400,000 to a subordinate and former lover of Albrecht’s after she accused him of shoving and choking her. “This is the right decision for the company,” said Time Warner chairman and CEO Richard Parsons. “We thank Chris for all his contributions to Home Box Office over the years.” Albrecht had been chief of programming at HBO since 1995 and became CEO in 2002. He presided over the company’s greatest successes with “The Sopranos” and “Sex and the City,” but the company was having trouble developing its next generation of hits. Bill Nelson, HBO’s chief operating officer, will run the company until a permanent chairman is selected, Time Warner said. Albrecht was arrested for assault outside the MGM Grand’s valet parking lot shortly after 3 a.m. on Sunday, after officers reported seeing him fight with a woman identified as his girlfriend. On Tuesday, Albrecht said he had a drinking problem and, though he had been sober for 13 years, had recently slipped back into drinking. Of his resignation on Wednesday, Albrecht said that he did it “for the benefit of my Home Box Office colleagues, recognizing that I cannot allow my personal circumstances to distract them from the business.” The Los Angeles Times story about the 1991 incident said Albrecht had been involved with a woman who worked for him at the time at HBO Independent Productions. The company reportedly paid the settlement following an encounter that occurred after the woman told Albrecht she was dating someone else.

The images of carnage and severed bodies are quite telling. On Wednesday, coalition fighter jets bombed what they claimed were missile launchers located ‘near’ civilian areas in Baghdad. Instead, they hit a bustling marketplace in the heart of Baghdad. The BBC’s Rageh Omar was one of the first western journalists to reach the area: “I saw human remains, bits of severed hands, bits of skull. Al-Shaab is a residential district. I saw people in apartment blocks throwing out their belongings attempting to leave. It was a scene of confusion as emergency services tried to rush to the scene.Our correspondents were unable to find an obvious military target in the area.” ( http://news.bbc.co.uk/2/hi/middle_east/2888429.stm) Al Jazeera also made it to the scene and was able to film dead bodies being removed from the rubble, some dismembered, others covered entirely in dust and blood. Images that were broadcast into the homes of more than 50 million Arabs in the Middle East and around the world. CNN would not budge. They refused to acknowledge that such civilian deaths had occurred. Instead, they persisted in one of their banner headlines that “Iraqi civilians are being killed by Iraqis, not coalition”. They didn’t show footage. Al Jazeera reports that some 40 civilians have been killed with 300 wounded. No such report from CNN. Instead, we are privy to regurgitated reports from ’embedded’ journalists. Finally, by the afternoon CNN dedicated a whole four seconds of coverage to the marketplace massacre. Nevertheless, Al Jazeera continues to bring the impact of coalition ‘precision’ bombing on Iraqi civilians. An Al Jazeera crew in Basra filmed women and children being brought into a Basra hospital for treatment. Most were covered in blood. One child had his shoulder severed. This is the uprising the coalition has been talking about. (Someone is irked by Al Jazeera. The Al Jazeera website has come under heavy hacker and denial of service attacks and effectively shut down. There are unconfirmed reports at this time that certain agencies may have been involved in the Al Jazeera attacks) These images are incensing Arab public opinion, turning Arab populations against their leaders, and directly threatening U.S. and U.K. interests in the region. For their part, the Pentagon says: “Any casualty that occurs, any death that occurs, is a direct result of Saddam Hussein’s policies”. The Iraqis who once opposed Saddam, but have now vowed to oppose the coalition forces might disagree. – Firas Al-Atraqchi can be contacted at: firas6544@rogers.com http://www.scoop.co.nz/stories/HL0303/S00253.htm

“It also appears that CEO Parsons is now using his political influence with President Bush to head off a government investigation looking into the failed murder attempt of filmmaker Gyorgy Fodor, as well as bank frauds and corrupt influence on a large number of U.S. federal judges, including the Chief Justice of the United States, all perpetrated by AOL Time Warner executives, during Parsons’ tenure as President of the Company. No wonder that CEO Persons is calling the murderous Gerald Levin “a teacher, and a mentor.” Years before the Enron scandal broke, Filmmaker Gyorgy Fodor provided proof to Chief Justice Rehnquist that one of AOL Time Warner Inc’s banks, Morgan Guaranty Trust, A J. P. Morgan subsidiary, conspired with AOL Time Warner to forge back dated, bogus checks, purportedly showing non-existent financial transactions, submitted into evidence in a Federal court case, to help AOL Time Warner Inc. to avoid a fifty million dollar liability. Here is what Dr. David Crown, former Chief of the CIA’s Questioned Document Laboratory, stated under oath regarding one of the checks forged by AOL Time Warner Inc.: “Incredible. Banks don’t change their bank stamps from the 19th to the 22nd, and if they accept money on the 20th, they don’t process it the day before.”

http://www.ucop.edu/news/archives/2003/apr14art1.htm http://www.lanl.gov/news/index.php?fuseaction=nb.story&story_id=3729&nb_date=2003-04-18 http://www.anomalynews.com/phorum/read.php?f=1&i=403&t=403 http://www.politicalaffairs.net/article/view/2122/1/129/ http://com.hilbert.edu/students/papers/carolina-1999/1999corpmedia-01.html http://www.prisoners.com/collab.html http://www.sec.gov/news/press/2005-38.htm http://sfog.playride.com/lawsuit.html http://www.democraticmedia.org/news/washingtonwatch/adelphia.html Pull CNN’s Plug! By Gary Aldrich (04/18/03) Imagine you’re living in a totalitarian state where a dictator controls what you see or hear. Imagine being held captive in a room for a minimum of an hour while being forced to watch and listen to whatever the dictator decides is “news.” You have no choice because you’re not allowed to change the channel. You can’t turn the sound up, down, or off. Becoming alarmed, you find that there is nobody present who knows how to turn it off. Even in an emergency, when people need to be paying close attention to other information, the dictator’s propaganda drones on and on. Becoming annoyed, you wonder if your glassy-eyed neighbors are aware that the dictator and his state controlled media are lying to them. … Continues: # http://www.alternet.org/story/9972/

rekkanoryo writes “Time Warner Cable is taking steps to comply with the Communications Assistance For Law Enforcement Act, which requires telecommunications providers ‘to help police conduct electronic surveilance.’ Note that broadband providers are not yet required to comply with the law, but the FBI has stated its desire to force broadband providers under the law’s jurisdiction. Invasion of privacy anyone?” http://yro.slashdot.org/yro/04/03/17/1621208.shtml?tid=103&tid=126&tid=158&tid=95&tid=99

A barrage of fresh allegations against AOL Time Warner sent the shares plunging yesterday as it emerged that investigators are probing links between the media giant and two of America’s disgraced telecom companies. AOL Time Warner executives are also under scrutiny for cashing in millions of dollars in shares at a time when the company now admits it might have exaggerated advertising revenues. There were rumours on Wall Street that the internet-to-magazine behemoth might also be forced to make another writedown in the value of its assets. … http://www.telegraph.co.uk/money/main.jhtml?xml=/money/2002/08/24/cnaol24.xml

… Democrats must have a cadre of people working “round the clock” to find ways to skirt the state Ethics Laws. Take this example. Lobbyists in North Carolina for Time Warner Cable – just to pick an example mentioned in The News and Observer – are banned from contributing to Lieutenant Governor Beverly Perdue’s campaign for Governor. So, Perdue motors up I-40 and solicits their ‘brothers-in-law’ in Washington. Time Warner’s lobbyists in Congress. All legal. But pretty clearly undercutting the law banning lobbyist donations Perdue supports. … http://www.talkingaboutpolitics.com/Home/tabid/36/ctl/ArticleView/mid/364/articleId/760/Democrats-Corruption-and-Loopholes.aspx

I explained how the news media, particularly CNN, inaccurately reported the war, misstating the facts, and in many cases deliberately telling outright lies. I dedicated an entire chapter to a dishonest CNN report about the B-1 bomber and evaluated its inaccuracies line by line. I illustrated that the report was full of lies, and these were about clearly established facts and not about someone’s opinion. When the Coalition Kills and CNN Lies http://www.scoop.co.nz/mason/stories/HL0303/S00253.htm CNN would not budge. They refused to acknowledge that such civilian deaths had occurred. Instead, they persisted in one of their banner headlines that “Iraqi civilians are being killed by Iraqis, not coalition”. They didn’t show footage. CNN’s lies http://www.columbia.edu/cu/cssn/cssn-list/2002/02/00008.html The 3,500 people at the Reclaim the Streets rally just didn’t count. The 8,000-10,000+ people (including RTS) at the Another World Is Possible(AWIP) march also didn’t count. The police storming the crowd without provacation isn’t worth mentioning. The 1,000-2,000 Falun Gong protesters didn’t matter! Only the ANSWER folk seemed to have been counted! Outrageous and ridiculous! The NY Times is slightly better. CNN lies http://www.centellas.org/miguel/archives/000247.html in my part of the world, cnn and other mainstream u.s media are considered (popularly) as giving a skewed and judgemental view of most issues… considering how cnn is basically a corporate organization, one shouldnt expect all so much… corporate journalism and journalists will not stake anything in the search for truth and other such baloney Pull CNN’s Plug! http://www.americandaily.com/article/1441 CNN continually lies to that audience who are no less captive than zoo chimpanzees. CNN admits that they lie about important things; matters that can and do impact on our national security. I think that CNN mostly lies about corrupt and abusive dictators and politicians in faraway lands, and sometimes right here at home. CNN tends to accept lies told by Hard-Left politicians, government officials and dictators like Saddam Hussein, and Fidel Castro. They say they do this to keep access, and to protect their reporters.

For comparison, here is the text of the report at the UN and Fox News. Those who are entertaining the notion that perhaps the BBC’s version is the inaccurate one can rest easy that CNN’s transcript also differs from that made available at the UN. For posterity, there’s a cached copy of the CNN article here, in case it’s updated over at CNN.

The most trusted name in news, but not the most trustworthy! http://www.tvnewslies.org/html/cnn_sting.html Lesson learned: The viewing public must think for themselves. They must begin to ask the right questions and expect credible answers. Americans have the right to re-discover what true journalism is all about. It has been missing for so long that millions upon millions of Americans trust a pathetic organization like CNN to keep them informed.

I believe that CNN’s actions have been as damaging to democracy and the free world as any of the vilest propaganda ever spread by Josef Goebbels, Josef Stalin, the Grand Mufti, Yasser Arafat, or Saddam Hussein. For twelve years CNN hid the truth, covered-up facts, and fabricated ridiculous moral-equivalency scenarios. Millions of people around the world have been influenced by these lies and deceptions. 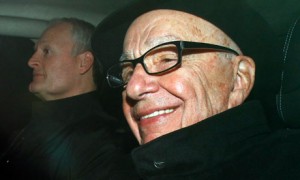