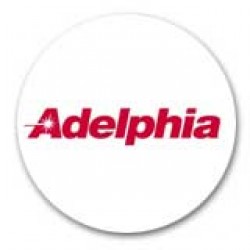 WASHINGTON - Shareholders of Adelphia Communications Corp. who sued Wall Street banks in the wake of the cable company's collapse suffered a heavy blow on Friday when nearly all of their claims were rejected.

Judge Robert E. Gerber of the U.S. Bankruptcy Court in Manhattan dismissed all but one claim from the shareholders, who accused investment and commercial banks of fraud and violations of the federal anti-racketeering law.

Gerber threw out every claim brought under the Racketeer Influenced and Corrupt Organizations Act, or RICO. The judge wrote those charges, "which are plainly the most dramatic, in many respects push the envelope the most."

The committee representing Adelphia's equity security holders accused the banks of conspiring with the Rigas family, who ran the cable company before its collapse, to steal more than $3 billion from the company. Those banks included Bank of America, Citibank and Chase, now JPMorgan Chase & Co.

The shareholders' RICO claims fell short, in part because they failed to provide facts to support allegations that the banks exercised control over the Rigas family or Adelphia.

While the court's decision deals a near-fatal blow to the shareholders, a lawsuit from creditors of Adelphia alleging similar violations is ongoing. The shareholder committee, which didn't have standing to bring the lawsuit on its own, added its complaints to the creditors' lawsuit as an intervenor.

Adelphia was once one of the largest cable television companies in the country before it was forced into bankruptcy in 2002. Founder John Rigas and his son Timothy began serving prison terms on Monday after being convicted in 2004 of looting the company. Adelphia has since sold its cable assets to Time Warner Inc. and Comcast Corp.

Gerber didn't dismiss a negligence claim against Salomon Smith Barney, now Smith Barney. The shareholders accused the firm of negligence when it issued opinions on the the fairness of Adelphia's share price when it sold equity.

In addition to the claim against Smith Barney, Gerber gave the plaintiffs a chance to come back to the court with new claims of fraud and fraudulent concealment.