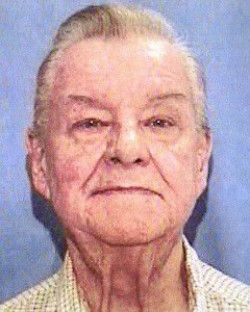 In responding to the June 10 shooting at the U.S. Holocaust Memorial Museum, several conservatives in the media have suggested that the alleged shooter, James von Brunn, reportedly a neo-Nazi, was a "leftist," as Talking Points Memo's Zachary Roth has noted. Indeed, in some cases, those media figures have stated or suggested that Nazism itself is "a leftist phenomenon" because the English translation of the official name of Adolf Hitler's political party was the "National Socialist German Workers' Party."

In a New Republic review of Jonah Goldberg's Liberal Fascism: The Secret History of the American Left, From Mussolini to the Politics of Meaning -- a book that furthers a similar premise and includes a chapter titled "Adolf Hitler: Man of the Left" -- Guardian America editor Michael Tomasky wrote that Goldberg's theory constitutes "revisionism" because, among other things, "there exist about a million nearly epileptic quotes from Hitler and [Josef] Goebbels and other Nazis expressing their luminous hatreds of liberalism and of communism."

We have also recognized, since at least the 1950s and in some prescient instances even earlier, that certain consanguinities between the far left and the far right did exist in those days, and that the Nazi program was in some respects a left-wing program, appealing on a class basis -- and, always, a racial basis -- to German workers and the petit bourgeoisie. It was not called National Socialism for nothing. Goldberg goes into great detail on all this in his chapter titled -- are you sitting down? -- "Adolf Hitler: Man of the Left."

Now that is revisionism. But for all his chapter and verse on the proletarian rhetoric that Nazis employed, Goldberg somehow forgets to mention certain other salient matters, like the fact that within three months of taking power Hitler banned trade unions -- and on the day after May Day, 1933. Their money was confiscated and their leaders imprisoned. And the trade unions were replaced with the Nazi "union" called the German Labor Front, which took away the right to strike. Hitler did many worse things, of course. I single out this act because it would hardly seem to be the edict of a "man of the left." And there exist about a million nearly epileptic quotes from Hitler and Goebbels and other Nazis expressing their luminous hatreds of liberalism and of communism, none of which seem to have found their way into the pages of Liberal Fascism.

Goldberg finds similarities between fascism's so-called "third way" -- neither capitalism nor socialism -- and liberals who use the same phrase today to signify an attempt to compromise between business and labor. But there is a fundamental difference. The fascist solution was not brokered compromise but forcibly knocking heads together. Italian fascists formed a paramilitary, not a political, party. The Nazis did have a separate party, but alongside two paramilitaries, the SA and the SS, whose first mission was to attack and, if necessary, to kill socialists, communists and liberals. In reality, the fascists knocked labor's head, not capital's. The Nazis practiced on the left for their later killing of Jews, gypsies and others. And all fascists proudly proclaimed the "leadership principle," hailing dictatorship and totalitarianism.

Examples of conservative media figures stating or suggesting that von Brunn was a "leftist" include the following:

On the June 10 edition of Fox News' Glenn Beck, guest Harry Binswanger of the Ayn Rand Institute said, "Well, this Von Brunn's culture is a tribe of racist, anti-Jewish, anti-Negro, anti-immigrant, everything, and therefore he's a phenomenon of the left, because racism is a form of collectivism. The right wing is individualist -- believes in individual rights, freedom, the dignity of each individual life. But it's the left wing -- you know, Hitler was National Socialism, right? It's a leftist phenomenon." Host Glenn Beck replied in part, "[Y]ou look at people who are Nazis, and you say that those are right wing. It doesn't make any sense whatsoever." As Media Matters for America has documented, Beck has repeatedly invoked the Nazis in talking about President Obama and other progressives and frequently uses his program to smear liberals as fascists.

Leftists have decided to exploit Von Brunn's madness to engender fear of rampant conservative terrorism. They overlook one point: the shooter was not a conservative.

A review of his lengthy associations reveals Von Brunn hardly fits the stereotype of a Religious Right, GOP precinct captain. He denounced the Christian faith as a dastardly Jewish conspiracy, a "HOAX" invented by the Apostle Paul to "DESTROY ROMAN CULTURE" from within by undermining its pagan virility. (All screaming capitalization and grammatical errors in this piece appear in the original.) Like others on the racist fringe, the shooter proclaimed clearly: "SOCIALISM, represents the future of the West."

Johnson's post was subsequently highlighted by NewsBusters under the headline "Holocaust Museum Killer Conservative? Not So Fast!"

On the June 11 edition of his nationally syndicated radio program, Rush Limbaugh said, "Very predictably, ladies and gentlemen, the media, the American left is trying to score some political points as a result of this tragedy at the Holocaust museum in Washington yesterday, and as predictable, they are trying to blame this on me, other conservatives, and right-wingers. It's the traditional approach taken by the American left." Limbaugh continued:

The facts of the case, however, are such that if we want to start assigning blame for this beyond this nutcase Jew-hater -- and notice that very few people actually want to do that. They want to claim this guy didn't have the ability to act on his own. He only could act if he was inspired by somebody. Well, who did he hate? He hated both Bushes. He hated neocons. He hated John McCain. He hated Republicans. He hated Jews, as well. He believed in an inside-job conspiracy of 9-11. This guy is a leftist, if anything. This guy's beliefs, this guy's hate stems from influence that you find on the left, not on the right.

From the June 10 edition of Fox News' Glenn Beck:

Well, this Von Brunn's culture is a tribe of racist, anti-Jewish, anti-Negro, anti-immigrant, everything, and therefore he's a phenomenon of the left, because racism is a form of collectivism. The right wing is individualist -- believes in individual rights, freedom, the dignity of each individual life. But it's the left wing -- you know, Hitler was National Socialism, right?

BINSWANGER: It's a leftist phenomenon.

BECK: How did it happen that this was -- that you look at people who are Nazis, and you say that those are right wing. It doesn't make any sense whatsoever.

BINSWANGER: Well, there was a deal made between the communists and the Nazis in Germany in the '30s where they each agreed to define themselves as the opposite of the other. You see the percentage in that -- you define my gang or your gang, and you rule out of court any other possibility, such as freedom without any gang rule.

BINSWANGER: So it's actually a strategy adopted in Germany in the Weimar Republic in the '30s.

BECK: We're -- we're -- America, we're surrounded by people who want to control you. You've got the government that is -- I think, just going crazy out of control. You have -- you have some crazy nutjob who wants to control what races are here, you know, how -- what our makeup looks like. You have everybody who is struggling for control, and I think you are just somebody that just wants to be left alone, quite honestly. Just wants to be -- let me just, please, let my kids go to school, be safe. Let me go to work, let me -- let me just have a normal life. But it's getting harder and harder.