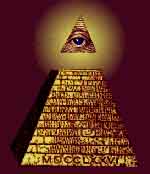 Note that my original Seminal story is #3 on this list of sites that covered the CFTC news blackout:

Well, if you read the Wall Street Journal, you’ll never know what happened at the hearing and whether the CFTC paid any attention to them, but, if you look elsewhere, you’ll read about all kinds of interesting developments during and after the meeting.

Now, of all the sources above, the Mineweb story is probably the most mainstream and they had a few interesting observations and conclusions:

Some observers feel that the Gold Anti Trust Association (GATA’s) long held views on a conspiracy by some major banks and government entities to manipulate precious metals prices are off-target, but the latest evidence produced by GATA chairman Bill Murphy in open testimony at the CFTC hearing is compelling assuming the source material is accurate.

The evidence came in the form of a series of emails, and accompanying commentary, from a London metals trader, Andrew Maguire, who contacted GATA on March 23rd regarding alleged rigging of the precious metals markets by JP Morgan among others, through shorting the markets around key economic data releases, describing in detail how this is achieved. Maguire, Murphy contends, informed the CFTC enforcement division of this market manipulation ahead of the release of farm payroll data in February this year and set out not only how the manipulation would be achieved two days in advance, but also sent real time emails to the CFTC investigators as the alleged manipulation was taking place. According to Murphy the metals prices followed the scenario precisely – something which he felt could not be predicted without prior knowledge of the manipulation of the markets by major players with huge financial clout.

Now, why couldn’t the Wall Street Journal report something like that?

Here’s the followup story on the cyber attack against King World News and one other site that dared to speak the truth about JP Morgan Chase.

Here is what the leaders of the CFTC are faced with:

The entire world now knows that they hold evidence of a crime that is ongoing every single day. In fact, the world knows they were told of the crime in real time as it occurred, minute by minute. Their alleged job is to regulate the COMEX, and investigate crimes.

As there seem to be a couple Federal Judges left who are willing to uphold the law, the individuals in possession of knowledge of this crime are required to take action immediately, or confirm their role as accomplices by their inaction.

That the Wall Street Journal, CNBS, Fox Money, Bloomberg and all of the other US Mainstream Financial Media are not covering this story of the largest financial fraud in history makes them complicit on some level as well.

Fascism has finally confirmed its presence.

Previous Article
Hitler’s Third Reich ‘Wonder Weapons’ Finally put to the Test … Including a Giant Tank that No Road Could Support
Next Article
“Burn the Mexican flag!”: A Look Back at Hateful Anti-Immigration Rhetoric from 2006

“Burn the Mexican flag!”: A Look Back at Hateful Anti-Immigration Rhetoric from 2006
Apr 02