” … A question about Vietnam the Bundys could never answer: ‘How many Vietnamese and American lives were worth a failed demonstration of America’s credibility in the Cold War?’ … “ 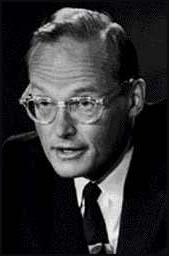 When Telford Taylor, United States prosecutor at Nuremberg, returned from a trip to North Vietnam at the height of the US bombings there, he was asked on national television if, under international law, McGeorge Bundy could be judged guilty of war crimes. “Yes, of course,” he replied.

McGeorge “Mac” Bundy was a war criminal. So was his brother William. So I came to believe after a decade in the anti-Vietnam War movement. And nothing I read in Kai Bird’s new biography of the Bundy brothers, The Color of Truth: McGeorge Bundy and William Bundy-Brothers in Arms, changes my opinion. Weaving a rich history of government documents-some recently declassified, some still classified-with interviews and a fresh look at available sources, Bird delivers the definitive assessment of two Cold Warriors.

Neither Bundy topped the antiwar movement’s enemies list. Those lofty perches were reserved for Lyndon Johnson, Richard Nixon, Robert McNamara, Henry Kissinger and William Westmoreland. Yet Mac Bundy, as Bird reminds us, “was a prime architect of the Vietnam War.” And over their careers as intellectual bureaucrats, the moral compass of each Bundy was revealed to lack key points, especially when it came to using weapons of mass destruction in Asia. “Ultimately,” Bird writes, “the Bundys were policy intellectuals shackled by Cold War shibboleths which they could not quite bear to break.”

David Dellinger, the pacifist leader of the antiwar movement, knew Mac Bundy in 1937, when they were classmates at Yale. He describes the future national security advisor as “sharp and quick,” more than “reflexive or exploratory.” Even then Bundy seemed intent on being a chess master, “brilliantly moving pieces [human beings] around and always being one of those in charge, rather than on helping people to make their own decisions and gain control of their own destinies.”

Bird’s Color of Truth fills in the narrative: Born to privilege and power. Educated to lead. Taught to bend-and break-the truth in the service of a Cold War vision of global US leadership. As architects of the Vietnam War, the Bundys ultimately share responsibility for the deaths of millions of Vietnamese and tens of thousands of American soldiers. Yet they managed to emerge from their years as policy advisors to Presidents Kennedy and Johnson with reputations as sincere but tormented leaders who did what they thought was right, leaving a trail of doubt that ensured they were never held accountable for the pain they caused.

Bird begins his biography with his first Bundy encounter, as an anti-war student at Minnesota’s Carleton College in November 1972, just after Nixon’s landslide defeat of George McGovern. By then, Mac Bundy was six years out of Washington, but still publicly defending the war. Of the $200 million Bundy was handing out yearly as president of the Ford Foundation, Bird writes, “We probably would have been surprised to learn how much … Bundy was funneling to black power advocates in the civil rights movement, environmentalists and public-interest law groups around the country.” In fact, Bundy’s direction of the foundation turned it into a target of Nixon administration hit-men like Patrick Buchanan. Still, “if Bundy’s domestic priorities sometimes seemed to mark him as a man of the left,” Bird writes, “he remained a liberal Cold Warrior when it came to the Foundation’s international grants.” 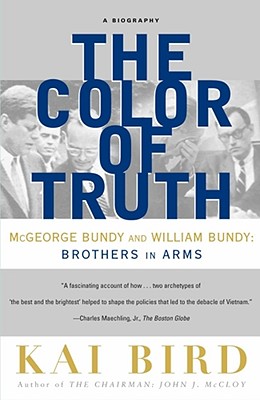 Bird calls the Bundy story “emblematic of the American Century.”

Their father, Harvey Hollister Bundy, was assistant secretary of state during the Hoover administration. His friends and mentors included Supreme Court Justice Felix Frankfurter, poet Archibald MacLeish and Secretary of State Henry Lewis Stimson. Harvey Bundy ended his government career as top aide to Stimson, who became Franklin Roosevelt’s secretary of war. William and Mac were educated for the Boston aristocracy at Groton, Yale, and Harvard. Precocious and bright, the brothers inherited their father’s friends and cultivated their own, attaching themselves through letters, work, and marriage to the likes of Walter Lippmann, Dean Acheson, Judge Learned Hand, John J. McCloy, Joseph Alsop, J. Robert Oppenheimer, and Allen Dulles.

Trusted and promoted by this elite, the Bundys entered the world of intelligence during the Second World War. The older William worked in Britain on the top-secret Ultra project, decoding German intelligence intercepts. Mac watched the Normandy invasion from the deck of a destroyer while serving as an admiral’s intelligence aide.

After the war, William gravitated to the Central Intelligence Agency. Mac, at the age of 28, ghost-wrote Henry Stimson’s memoirs, On Active Service in Peace and War. The book, Bird writes, “became a bible of the establishment’s worldview, an argument for an activist foreign policy in pursuit of liberal empire.”

After a few years of teaching government and world affairs at Harvard, he became dean of its Faculty of Arts and Sciences. Then came Kennedy’s election, and important foreign policy posts for both brothers. They sat at the decision-making table during the aborted Bay of Pigs invasion, the Cuban missile crisis, Laos, Berlin and the early interventions in Vietnam. After Kennedy’s assassination, both stayed on with LBJ, defending the underlying rationale for the war and participating in its escalation. Mac left for the Ford Foundation in 1966; William stayed on at the State Department until 1969.

Because the Bundys are ultimately defined by their role in starting, justifying, escalating, and “Vietnamizing” the war as policy advisors to Kennedy and Johnson, much of the book is spent dissecting their role. Here the title of the book is explained, as William looks back over his years in the CIA and the State Department. The truth, he suggests, is neither black nor white, but gray.

William tries to have it both ways. The war turned out wrong, but started out right. The Bundys are themselves among its victims. Bird writes that the brothers “often seemed to know better than most of their peers that they had settled for a safe pragmatism when an intellectually more radical policy might have achieved so much more.” In other words, their crime was the trahison des clercs. Dissecting one oddly technocratic comment by William Bundy concerning the bombings of North Vietnam-“It seems to me that our orchestration should be mainly violins, but with periodic touches of brass”-Bird asks a question about Vietnam the Bundys could never answer: “How many Vietnamese and American lives were worth a failed demonstration of America’s credibility in the Cold War?”

According to Bird, the Bundys did not fear those protesters demanding an end to the war and a US withdrawal from Vietnam-a demand shared by members of the Bundy families and many of their closest associates in the academy. In their view, those who protested were naive about the real danger of the conservative alternative: escalation, including the use of nuclear weapons, which was being advocated by more hawkish advisors. But the Bundys were blinded by their fear of military defeat, and that prevented them from seeing any real alternatives.

An early chapter on Mac’s role as ghostwriter for Henry Lewis Stimson offers a telling insight into just how the Bundys learned to turn the color of truth to gray. Stimson, who resigned as secretary of war in September 1945, was told by associates that Mac was “a bright young man, whom they all could trust to work with great discretion,” Bird writes. It turns out that was just what they needed, thanks to the unexpected beginning of a national debate over the dropping of the atomic bomb on Hiroshima and Nagasaki.

An August 1945 Gallup poll found 85 percent of the American public in support of the atomic bombing of Japan. But in March 1946, The New York Times published a statement by Reinhold Niebuhr and 21 other clergymen and philosophers characterizing the bombings as “morally indefensible.” In July a US Strategic Bombing Survey report concluded that Japan would have surrendered by November 1945 even if the bombs had not been used and Russia had not entered the war. Then came the August 31 issue of The New Yorker entirely dedicated to John Hersey’s devastating description of Hiroshima. The following month Admiral William F. Halsey, commander of the Pacific Fleet, said the bomb was used because the scientists “had a toy and wanted to try it out.”

This prompted James B. Conant, Harvard University president and a member of FDR’s Top Policy Group on the Manhattan Project to urge Stimson to re-state the case for the bombings. Ghostwritten by Mac Bundy, the final version appeared in Harper’s in February 1947 and stifled the debate.

Harvey Bundy, who was intimately involved in the Truman Administration’s discussions about the Japanese surrender, Russia’s entry into the war, and the use of the atomic bomb, wrote a memo to his son that became the basis of the Harper’s article. Stimson and Conant both worked on edits and rewrites. General George C. Marshall, then Truman’s secretary of state, looked it over, and passed it to George Kennan, head of the Policy Planning Staff at the State Department. At Kennan’s insistence, any hints that the bombs had been dropped as a warning to Russia were removed from the article. By using Mac Bundy as a vehicle for graying the truth about the decision to use the atomic bomb, the Cold War elite taught that the truth is just a means to an end. When the truth got in the way, they shaded it.

Mac Bundy learned to rationalize and manipulate facts about the decision to use atomic weapons against Japan. He applied these lessons to Vietnam; examples abound in The Color of Truth. Despite the work of their post-administration years, Mac and Bill were stained irrevocably by Vietnam. And that color isn’t gray, but blood red.

Originally published in the February/March 1999 issue of Boston Review

Previous Article
Bloodlands Revisited: The Reich’s Forgotten Atrocity
Next Article
Kristallnacht: Before the Glass Began to Break (Re “Jewish Week on (Gay) ‘Sex And Kristallnacht: The Boy Toy (And Boy Assassin) Who Started It All’”)

Kristallnacht: Before the Glass Began to Break (Re “Jewish Week on (Gay) ‘Sex And Kristallnacht: The Boy Toy (And Boy Assassin) Who Started It All’”)
Nov 07