The country that invented fascism remains culturally and politically fascist to the present day, an evolving tendency seemingly invincible. This is the subject of a book just published in Italy (A Noi! by Tommaso Cerno) that seeks to demonstrate how behind the democratic façade and “politically correct” language, the Italians, in their relationship with power, are not sufficiently mature to live by democratic rules in a civil society. There is a majority prone to be led by traitors, hypocrites or plain delinquents.

The Mafia, the Vatican, Berlusconi and innumerable representatives of criminality, corruption or duplicity are cited in abundance in an A-Z that goes from Mussolini to Matteo Renzi, the current Prime Minister. But in the 298 pages one name is missing: Licio Gelli. A curious, or perhaps significant oversight, because if there is a personification of Cerno’s assertion surely one cannot fail to put him centre stage.

Described by some as the most important and influential man in Italian history since the Second World War, Gelli, who died recently aged 96 at his Tuscan villa, left as an epitaph the sentence: “I fought for fascism. I am a fascist. I shall die a fascist.” He was laid in his coffin wearing the badge of the Partito Nazionale Fascista created by Mussolini in 1921. But it was the coda to the epitaph that resonated even more disturbingly: in 2003 Gelli declared that the plan he had devoted himself to for the best part of his life, though ordained by masters in higher places, had been quite successful: “Here we are” he said “everything is being put in place little by little, bit by bit”.

The plan, built on a bloody mosaic of intrigues and atrocities, surfaced in its written form in 1982. It envisaged the transitioning of Italy to a modernised form of fascism by means of a “permanent plot”, as was later to be ascertained by a Parliamentary Commission of Enquiry. Indeed by the time the document was found in a suitcase at Rome airport, a series of crude attempted coup d’état had already taken place organised by putschist fascists, notably the “golpe Borghese” of 1970 and the subsequent Rosa dei Venti plot (1973). But rather than relying on subjugation obtained militarily as in the case of Greece and Chile, Gelli’s so-called “Piano di Rinascita Democratica” (Plan for Democratic Rebirth) favoured a form of fascist dictatorship for the third millennium willed and voted in by the Italians and enjoying the kind of consensus that Mussolini had achieved up to about 1939. A degree of force was necessary, but best of all would be to have Italians say to the rest of the world: “We were doing alright under Fascism; we wish to return under a strong government, led by a strongman. Respect our decision.”

Rooted in pre-war consensus and revitalised by a fascist culture officially preserved in Italian society given the amnesty granted after the Second World War to fascist criminals with the consent of Communists, such as party leader Palmiro Togliatti, Gelli’s “permanent plot” only needed a few thousand people in key positions to bring it to fruition: army, the secret services, finance, the press, politicians, some television anchormen, all gathered in a Masonic Lodge to wow them to secrecy. It was called P2, Propaganda Due, comprising a corollary of organisations, all clandestine. A state within a state.

Born in Pistoia, Tuscany in 1919, Gelli started killing antifascists at 17 when he went to fight for General Franco from whom he was to receive a decoration. On his return to Italy in 1939, Mussolini in person gave him a job to train him in fascist propaganda and information gathering. In 1941, disguised as a nurse in a convoy of ambulances, he is said to have taken part in the smuggling of about 60 tons of gold to Italy from Yugoslavia invaded by Nazi-fascists. Two years later he joined the Hermann Goering SS Division deployed in Italy against the Allies. This division was singled out in the British report on “German reprisals for Partisan activities in Italy” at the International Military Tribunal war crime trial at Nuremberg as particularly bloodthirsty. In one operation alone 250 civilians were killed. When Tuscany was liberated in 1944, Gelli’s knowledge of who was who was used by the American OSS (Office of Strategic Services) to locate and identify people of interest to them. Both the Americans and the British intended to make use of fascists in the political future of post-war Italy.

Gelli’s initial contacts with Argentina (the four years spent in Spain presumably providing a useful introduction) were apparently established in the process of shipping to that country the gold looted from Yugoslavia. But it is also possible to imagine that his services would have come handy in the ratlines, the Nazi war criminals escape routes to Latin America operated by the Vatican and others. Gelli made friends with General Juan Peron and worked under him and got on well with the local Catholic Church to the extent that some years ago even the current Pope Francis, then Cardinal Bergoglio, visited Gelli at his villa in Tuscany, according to a well-placed researcher, Michela Scolari, in an interview with Il Fatto Quotidiano in 2014.

The likely date when Gelli became involved with the CIA is probably right at the start of its creation, 1947, when the American Freemason “reverend” Frank B. Gigliotti, a fervent fascist till 1938 who had met Mussolini in the early stages of the dictatorship, visited Italy to recommend certain changes to the new Italian Constitution and hasten the campaign to keep the Communists out of power. The Stay-Behind/Gladio strategy was being developed; money was pouring in from America to help in anti-Communist propaganda and in the recruiting of a clandestine army made up mainly of ex-fascist party members to be trained in the shadow of NATO in whose bases freemason groups were set up as a further means to tie everyone to secrecy.

Links with the Mafia had already been established by Gigliotti and others in the United States and Canada to get help with the landing in Sicily; now the omertà code was extremely useful in preparation of further undercover operations by Mafiosi and the Freemasons. Both organisations had suffered greatly under Mussolini and power was being returned to them, catapulted into action with links at the highest level. Gelli himself apparently did not become a fully-fledged freemason till 1963, but once he joined the “venerables” he operated to combine the secret activities of “brothers” with the political aims of maintaining fascism as a permanent presence: a government in waiting.

As well as involving the Stay-Behind/Gladio organisation with its generals ready to intervene militarily, the P2 plan needed terrorists with tactics to scare people away from the Communist Party, which was the strongest in Western Europe. Fascist gangs were provided with weapons to provoke the left to respond with violence bringing about a situation close to civil war. From 1969 the fascists started planting bombs in public places killing innocent people. The atrocities culminated with the 1980 bomb at Bologna railway station that killed 85 people. According to investigators and judges such as Felice Casson, at least part of the explosives used in such terrorist attacks came from NATO ammunition depots.

Gelli was to receive a ten-year prison sentence in connection with the Bologna massacre for involvement in attempts to divert investigations away from the real culprits. He fled abroad, spent some time in jail in Switzerland but escaped mysteriously and finally made deals with Italian authorities which enabled him to return to his sumptuous villa in Tuscany, a monstrous insult to many Italians. Gelli was also investigated in relation to the killing of Roberto Calvi in London in 1982, the banker he had recruited as a P2 member. Calvi’s son maintains that his father was carrying with him a dossier headed “Bologna”, likely to contain the names of those responsible at the highest level for the bomb at the station.

Right to the end of his life, Gelli kept referring to his huge power of blackmailing people in high places. He stated, for instance, that the man in charge of the Italian Stay-Behind/Gladio organisation was ex-President of the Republic, Francesco Cossiga, while the many times Prime Minister accused of Mafia links, Giulio Andreotti, was in charge of the even more secret “L’Anello” (the ring) presumably connecting the full-circle elements of the “state within a state” at the very top from the Vatican to the White House as well as – it has been suggested more than once – some conservative and Masonic circles in Britain. This was enough to infer that he also knew who was behind the 1978 assassination of Cossiga and Andreotti’s Christian Democratic Party colleague, Aldo Moro, who, against American advice intended to bring the Communists into the cabinet.

Following the scandal over the P2 and on the wake of changes in the European stage, especially in Russia, one of its members, the television tycoon Silvio Berlusconi, flanked by Marcello dell’Utri, his right hand man who was later to receive a seven years prison sentence for his Mafia connections, was propelled into politics through a P3 Lodge, even more successful than P2, according to Gelli himself, hence his claim of success of “the permanent plot”. Twenty years of “Berlusconismo” driving a massive wave of historical revisionism aimed at presenting fascism as a relatively benign phenomenon have weakened the Left to the extent that the current Prime Minister, Matteo Renzi of Partito Democratico (ex- Communists), having met Berlusconi at his villa at a crucial point in his career, is currently heading a coalition flanked by men propelled into politics through Berlusconi’s Party and the P2/P3. In a country so deeply affected by the constantly mutating virus of deceit has the coup of third millennium fascism already taken place? 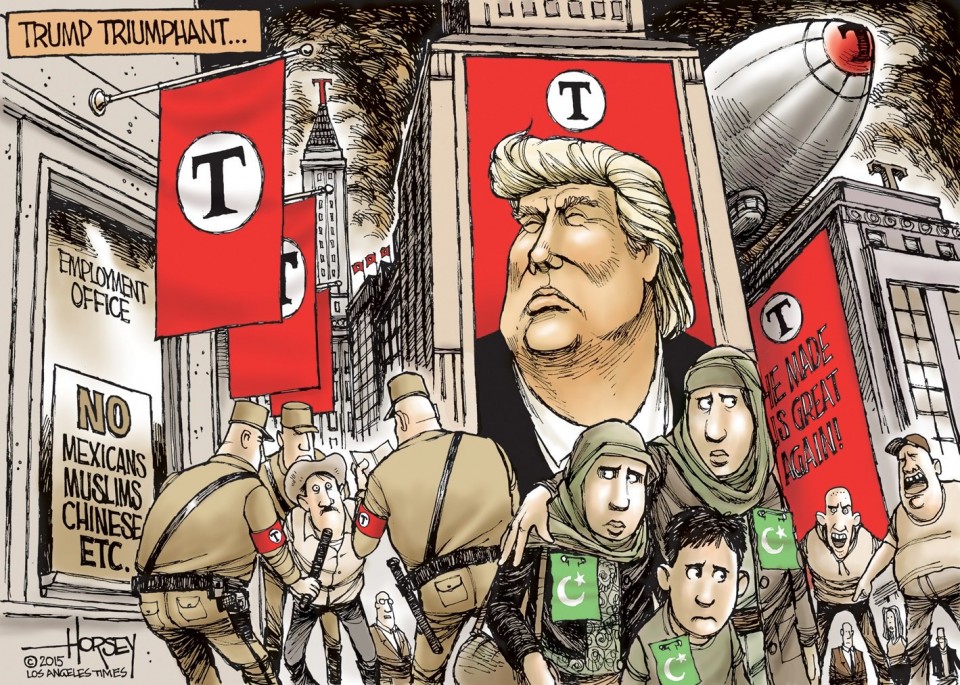