David Cameron is behaving in a childish and disgraceful manner by attacking law firms representing victims of alleged abuse and unlawful killing by British soldiers, according to some of Britain’s most respected lawyers.

The criticism of the Prime Minister comes after he said on 22 January: “It is clear that there is now an industry trying to profit from spurious claims lodged against our brave servicemen and women who fought in Iraq.” 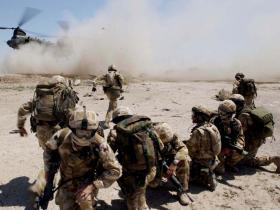 Mr Cameron added: “This is unacceptable and no way to treat the people who risk their lives to keep our country safe - it has got to end.”

He has tasked the National Security Council with devising a plan to “stamp out this industry” including cracking down on 'no win, no fee' schemes, and further restrictions on legal aid – with claimants needing to have lived in Britain for a year.

And the Prime Minister has pledged to take “firm action against any firms found to have abused the system in the past to pursue fabricated claims.”

But Professor Michael Mansfield QC described the comments as setting “a very dangerous precedent” and told The Independent: “It’s for the courts to decide whether there’s a spurious claim or not.”

Mr Cameron’s remarks are the latest in a series of attacks made by the Government against law firms Leigh Day and Public Interest Lawyers (Pil) in recent weeks. The companies, whose clients include Iraqi victims of alleged abuses, have been dubbed “ambulance-chasers” by Defence Secretary Michael Fallon.

More than 1,500 cases of unlawful killing and abuse have been passed to the Iraq Historic Allegations Team established by the Ministry of Defence (MoD), and the International Criminal Court is conducting a preliminary examination of war crime allegations against British forces in Iraq.

Earlier this month Leigh Day was referred to the Solicitors Disciplinary Tribunal, after the MoD complained about the firm, and Pil, to the Solicitors Regulation Authority last year. The allegations, denied by the two companies, include touting for Iraqi clients.

“The two firms concerned are highly reputable and I’m more than dismayed, I think it’s a disgraceful attack on the integrity of these lawyers doing their job,” said Professor Mansfield.

And Lieutenant-Colonel Nicholas Mercer, the British Army’s top legal adviser in Iraq in 2003, said: “The attempts by David Cameron to try and characterize these investigations as being the work of "ambulance chasing lawyers" is both infantile and deliberately misleading.”

Concerns over the abuse of prisoners by British soldiers in Iraq were raised within the military more than a decade ago, added Lt-Col Mercer, named the 2011/12 Human Rights Lawyer of the Year by Liberty.

“The suggestion that legal aid might be cut is also very dangerous. The vast majority of claims are for allegations of torture/and or inhuman and degrading treatment and there is a requirement under International Law to provide an effective legal remedy for torture victims,” he said.

To date, the MoD has paid out £20 million to settle more than 300 claims relating to the conduct of British forces in Iraq. This “begs the question as to why the MoD were prepared to pay out millions of pounds for claims it now suggests are spurious?” said the former army lawyer.

“Anyone who has sued the MoD will know that they never pay a penny unless they are forced to do so,” he added.

Lt-Col Mercer, who left the army in 2011, said: “There were plenty of serving officers and others who were concerned about our conduct in Iraq and who still are. It is time this matter was addressed properly rather than this desperate attempt to ridicule the lawyers.”

He added: “The attack on lawyers is deeply regrettable. It appears to be deliberately orchestrated and is completely unacceptable in a democratic society.”

In a statement on 22 January, a spokesperson for Leigh Day said: “We have a system in this country that enables people to obtain justice if they have suffered abuse, damage or loss at the hands of anyone.” They added: “No-one is above the law, not us, not the British Army and not the Government. We cannot imagine that the Prime Minister is proposing that this should change.”

And a spokesperson for Pil commented: “There is no evidential basis of there being “spurious claims” and the Prime Minister’s comments are wholly unfounded.” They added: “It seems to us that the British Prime Minister wants to create a scenario where the Armed Forces are above the law.” The spokesperson described the “political pressures” being brought against lawyers as exposing “a Government that is willing to undermine the application of the rule of law itself.”